Beef farmers and processors could save €5.4 million by using new trading platform, Tradeforus 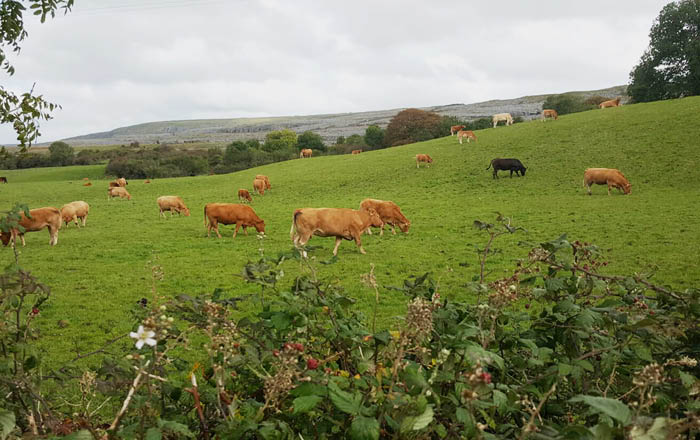 Tradeforus, a new online livestock trading platform officially launched today, is set to revolutionise the agri sector and enable and maximise efficiencies and revenues for all stakeholders, including part-time and full-time farmers.

By using Tradeforus, both farmers and their customers avoid the extensive cost of commission and fees paid to participate in the traditional trading methods.

90 – 95% of the cattle slaughtered by Irish beef processors, are sourced directly from Irish beef farmers. Often, cattle agents act as an intermediary in this supply chain. When farmers sell their cattle directly to processors, via a factory agent, the agent receives an estimated commission of between €5 – €10 per animal.

The remaining 5 – 10% of cattle processed in Irish meat plants are sourced by beef factory reps at livestock marts around the country. In this scenario, the seller and buyer pay a combined commission of up to €40 per animal depending on the price of the animal.

With Tradeforus, farmers and purchasers bypass these supply chain fees and instead pay a modest fee of €2 per animal. With 1.8 million cattle slaughtered in Ireland in 2019, a saving of even €3 per animal is worth €5.4 million to the sector and its 78,300 beef farmers.

How does it work?

Tradeforus is securely synced with the Department of Agriculture’s Animal Identification and Movements (AIM) database, which provides up to the minute animal movement information. The Bord Bia status of all animals is also recorded on the platform.

With their AIM profiles uploaded, farmers, individually or collectively as part of a formal or informal producer group, offer their animals for sale at a set asking price via the Tradeforus platform.

On the other side of the transaction, purchasers submit a buying order for a specific animal type of a specific age, weight, and grade.

An independent trader, either a member of the Tradeforus team or a representative of a producer organisation, connects farmers to purchasers, facilitating a price negotiation and, ultimately, a sale. Once the sale is finalised, the efficient delivery of cattle is enabled by the platform.

Tradeforus cofounders Michael Broderick and Hilliard Lombard are both veterans of the Irish and international agri-food sectors. Together, they have over 50 years of experience in operations and supply chain management.

Commenting on the launch of the platform, Michael Broderick, cofounder and managing director of Tradeforus, said:

“There’s no question that Ireland’s beef sector is in need of change; there is an absence of trust between farmers and processors. If we want to see the sector flourish, we must look for solutions to these problems now.

“With Tradeforus, our main objective is the delivery of savings for farmers and meat processors alike. For both, we’re providing the means for more transparent transactions, making the whole business of buying and selling livestock more efficient.

“For farmers, we’re providing easy-to-use tools to form formal and informal producer groups. Even more importantly, we’re giving them back their time by revolutionising what is typically a very time consuming and uncertain trading process.

“Long term, the Tradeforus platform will have a big impact on the beef sector by remedying some of its major structural flaws. The online nature of Tradeforus will allow farmers and processors to maintain business in situations such as those presented by COVID19.

“So far, the response to Tradeforus from farmers and the industry has been overwhelmingly positive. We look forward to working with many more, and with other agri-food sectors, throughout the year.”

Initially facilitating the trading of cattle only, Tradeforus will soon expand to incorporate the sale of other livestock for processing and live export, as well as forestry and marine produce.