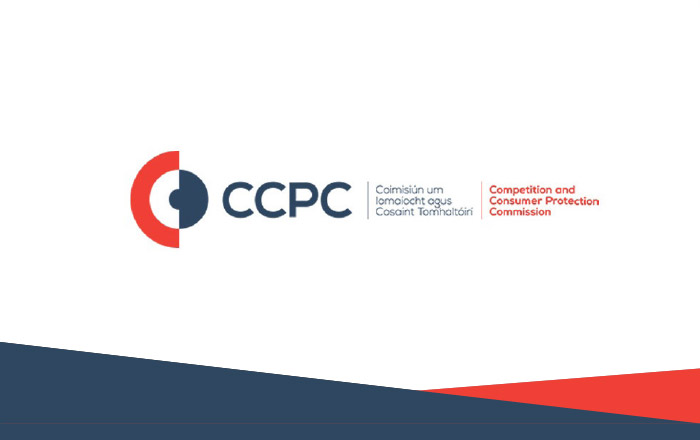 The Competition and Consumer Protection Commission (CCPC) has today written to over 200 individuals, including the Independent Farmers of Ireland, the Beef Plan Movement, and the Irish Farmers Association, regarding the outcome of an extensive examination of reported issues within the beef sector. Following an extensive review and assessment of all the information gathered on foot of the complaints received, the CCPC has formed the view that there is insufficient evidence of a breach of competition law to warrant taking any further action at this time.

In 2019, the CCPC received a significant number of complaints about the beef sector and as a result commenced a detailed and extensive examination. The majority of these complaints related to five core issues;

In addition to assessing the information provided to us the CCPC took various steps to obtain further information from other sources in order to assess the concerns raised in the complaints and to determine if there is evidence of a breach of competition law to enable the CCPC to open a full investigation. These steps included conducting extensive research and open-source intelligence gathering, meeting with some beef farmers and their representatives as well as a number of public bodies and industry experts, including Teagasc, Bord Bia and the Department of Agriculture, Food and the Marine (DAFM). The CCPC also consulted with the European Commission to discuss market conditions across the EU.

An overview of the issues examined

In relation to allegations that a cartel is in operation in the industry, in order to prove the existence of a cartel the CCPC needs to have tangible proof of an agreement between competitors to coordinate their activity, such as written agreements between competitors to fix prices to show that a cartel exists. Information showing that beef processors charge similar prices does not, in itself, constitute evidence that a cartel is in existence.  Despite considerable engagement with various beef industry stakeholders, the CCPC found no evidence of a cartel agreement between beef processors in the State.

The CCPC also found no evidence to show that the criteria applied by beef processors for the payment of “in-spec” bonuses breaches competition law. Currently, over 90% of Irish beef is exported and many overseas customers require assurances in relation to traceability and animal health. The various cuts of beef from a single carcass are exported to multiple customers located in different countries. In most instances, the standard set by the most demanding customer sets the standard for all beef cuts from a carcass. The CCPC also understands that a review of the current customer requirements with respect to the “in-spec” bonus criteria is currently underway as part of the Beef Task Force’s work.

A number of complainants stated that beef imports from other EU Member States were suppressing beef prices. Ireland exports the vast majority of its beef production with approximately 37% of all beef exports sold to other EU Member States. Similarly, Ireland also imports beef from other countries. Imports are not in themselves anti-competitive and do not come under the remit of competition law.

The CCPC also examined the practice of feedlots following allegations that beef processors were procuring cattle from feedlots to put downward pressure on beef prices at certain times of the year. Feedlots are an alternative source of supply for beef processors and they provide security of supply at certain times of the year.  They are owned by beef processors or by farmers who have supply contracts in place with beef processors which guarantee a set price for cattle which meet agreed carcass specifications. The information available to the CCPC indicates that feedlots represent only a small proportion of total national beef production and are therefore unlikely to raise material concerns.

The process of rendering and harvesting offal are distinct activities from beef processing. The use or disposal of all Animal-By-Product (“ABP”), including offal for human consumption, is strictly regulated in the interests of public and animal health by DAFM, the Food Safety Authority of Ireland and the Environmental Protection Agency.

The CCPC has identified a number of specialist operators active in the processing of ABP and offal in Ireland. Based on the information currently available to the CCPC, these operators do not appear to share a common ownership structure. The CCPC has not found any evidence of conduct by these operators that would raise suspicions that they have engaged in anti-competitive behaviour.

The CCPC has completed its assessment of all the issues raised. Given the level and nature of the concerns expressed the CCPC has written to all complainants detailing the outcome of this assessment.  Complainants have also been advised that the CCPC’s decision does not preclude any person from lodging a fresh or related complaint with the CCPC in respect of an alleged breach of competition law.  The CCPC’s decision is without prejudice to any action it may decide to take in future on foot of the receipt of any new complaint or new information relating to an alleged breach of competition law in the beef sector.  The CCPC will consider any such complaint and any relevant competition concerns on a case-by-case basis.