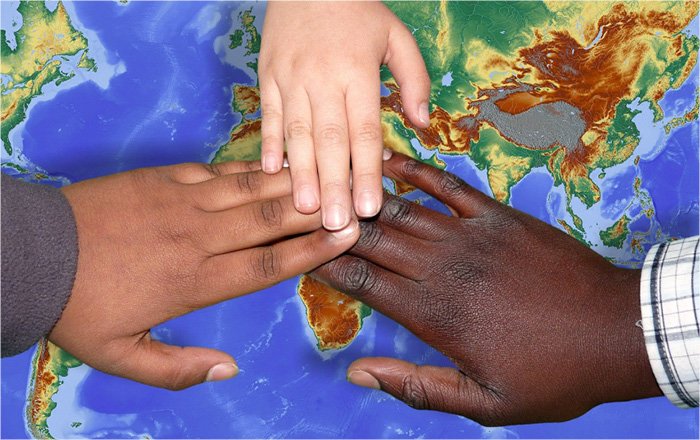 There was a 12 per cent increase in the number of queries to the Immigrant Council helpline last year. Citizenship, family reunification and questions relating to the Irish Naturalisation and Immigration Service online renewal system were among the top three most common issues handled by the service. The findings are part of the 2020 Impact Report, published today (09.08.21), by the Immigrant Council of Ireland (ICI).

The Council’s Impact Report shows that over 5,000 queries were handled through their free helpline service in 2020. Amidst the outbreak of the pandemic and the subsequent closing of immigration offices across Ireland, queries relating to citizenship and family reunification represented almost 40 per cent of the calls. Other common queries included immigration registrations and questions relating to EU treaty rights.

In addition to their helpline services, the Council also provides an anti-racism support service, which offers information and referrals to people who have experienced or witnessed racist incidents in Ireland. During 2020, the ICI saw a 24 per cent increase in reports of racial abuse to their service. A total of 57 people reported incidents of racism – with 27 per cent of the incidents reported happening in the workplace.

The report highlights the impact the pandemic has had on racism, and where people were most likely to experience racial abuse. There were 13 incidents of racism experienced ‘at home’ reported to the service in 2020, an increase from just three in 2019, while the number of reported incidents on public transport decreased. There was double the amount of racist incidents reported to have taken place while accessing public services in 2020, in comparison to the previous year.

An independent law centre is also operated by the Immigrant Council. During 2020, their legal team handled almost 150 cases. The top legal issues they dealt with included:

As part of their legal services and through the Council’s partnership with the Kids in Need of Defence (KIND) project, dedicated immigration legal support was provided to 32 child migrants who came to Ireland on their own, separated from family in their home county, and often at the mercy of language barriers.

Commenting today, CEO of the Immigrant Council of Ireland, Brian Killoran said: “2020 was an extremely challenging year for migrants, and that is reflected in the report today. The forced closure of immigration offices across the country, due to the pandemic, created great uncertainty for thousands of migrants who were unable to renew their immigration permissions or register their immigration status upon arriving here.

“Ultimately, the pandemic highlighted the cracks in an already broken immigration system in dire need of reform. We need the Government to allocate further resources urgently, to reduce backlogs and processing times, and to ensure that respect and empathy is at the core of their service delivery.”

“In the past year, we’ve also seen a rise in workplace racial abuse – particularly in the healthcare sector during the pandemic. While this may not be the case for every migrant worker in Ireland, it is really important that the voices of those that have been targeted, are heard. People need to realise the devastating impact discrimination can have, and workplaces need to ensure there are effective practices in place to ensure equality.

“At the end of the day, all migrants are asking for is to be treated equally. As a country with a deep history as an emigrant nation, we should be able to afford migrants in Ireland the same treatment received by the many native-born Irish people who emigrated abroad for new opportunities.”

Despite the Immigrant Council team working remotely for the majority of 2020, the organisation continued to run workshops and training programmes online. Their training is aimed at businesses, services, schools and organisations covering various topics concerning migrant rights and diversity. It also runs a number of workshops specifically tailored for migrants, to help educate and empower them to understand their voting rights and become change makers in their local communities.

In total, the Council engaged over 800 participants in 2020, through 50 different workshops and trainings exploring anti-racisim and diversity, political participation, community activism and immigration law.

The report highlights case studies of migrants who availed of services provided by the Council in 2020.

Sabal, victim of racism in the workplace

Sabal (pseudonym) contacted the ICI in May at the height of the Covid-19 pandemic, when the Black Lives Matter movement was sparking conversations about racism in Ireland. A healthcare assistant working at a Dublin nursing home, Sabal was one of a number of frontline health workers from a migrant background working long hours to provide essential healthcare in the face of the pandemic.

While working at the nursing home, Sabal was the victim of a number of bullying and racial abuse incidents: “I face a lot of bullying and humiliation. Such behaviour is faced by the majority of non-Irish workers in the healthcare industry, directly and indirectly.

“The overall experience in Ireland is challenging as a foreigner. Bullying is common and isolating. In the last year, all the non-Irish face bullying every week in my nursing home.”

Sabal’s first day on the job gave him a sense of what was to come: “When I joined, I was not introduced to anyone…I was non-existent. No hello, no greeting of any sort, didn’t even ask my name. I thought maybe after a month it would be okay. But no, this continued for months.

“I feel like an alien. This makes me depressed, upset and sad all the time. Imagine you go to a workplace where people isolate you or don’t wish to talk much just because you’re not Irish.”

For Sabal and his non-Irish co-workers, the lack of social interactions was only part of the problem.

“I have been yelled at many times for no reason, no provocation. Cursing is common. Ganging up is another problem: During Covid-19, gossip spread by these gangs [of co-workers] such as that an Asian lady brought in the virus, or Africans, and that’s why the residents’ health has gone down.”

In Sabal’s experience, he and the other non-Irish workers are often given additional work and responsibilities, with some of his Irish-born colleagues refusing to work with non-Irish workers or leaving them alone on the floor to do everything that has to be done: “I am the only Asian on the floor in my shift. I would end up doing much more tasks beyond my limits and it happens all the time.”

Sabal is hopeful that by sharing his experience there will be more action from businesses to comply with a policy for zero tolerance of bullying and harassment in the workplace.

Megan Flynn Dixon is a migrant woman originally from New Zealand who took part in the Migrant Leadership Academy, run by the ICI in 2020. Along with two other migrant women who also participated in the Academy, she founded the Le Chéile gym in Galway. The gym is a social enterprise and provides free health and wellness support to international protection applicants in the Galway area.

“I have always been interested in helping communities to help themselves, and bringing my business management skills to the not for profit sector. The Leadership Academy gave me practical tools for improving the impact of my work and expanded my network both socially and professionally.

“Along with my co-founders Jennifer Fri and Megan Maria Brown, I am so proud of what we’ve accomplished with Le Chéile. So many migrants and refugees in the international protection process are living in limbo awaiting a decision, with little to occupy their time. The impact on mental and emotional health in these situations can’t be overstated. I’ve seen such a change in so many clients at our gym. You can see in their faces they’ve been able to reclaim some of their livelihood. They feel like people again, not just a number in a long queue.

“The Leadership Academy empowers activists like myself to take an idea and make it a reality. The skills I learned were invaluable in taking my initial concept and turning it into a working model.”