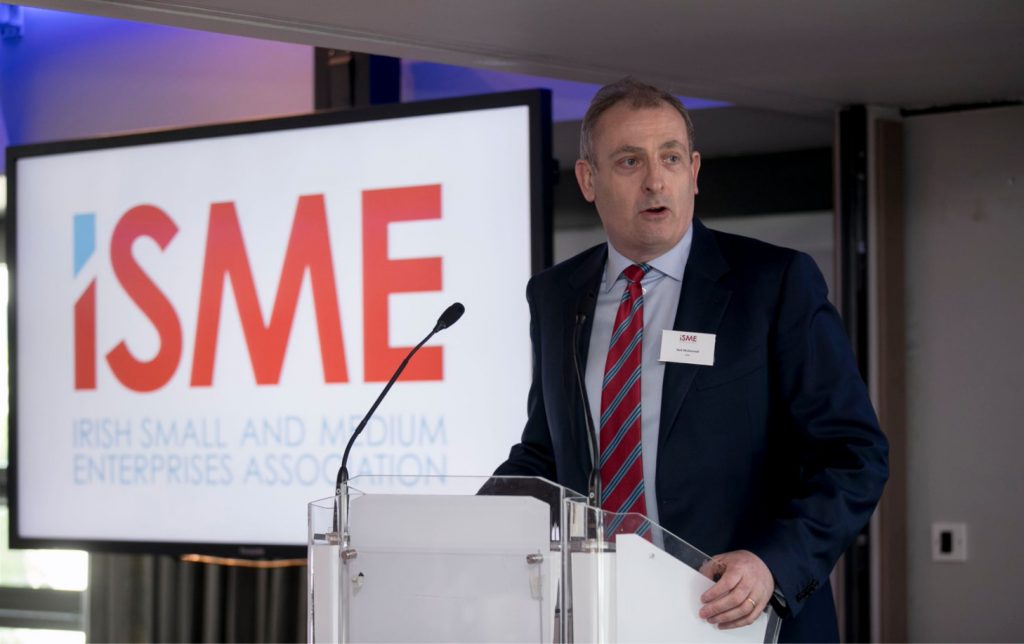 More help will be required to fix the SME sector

‘A vibrant, profitable SME sector is not only essential for the financial health of the State and the Exchequer, but it is also the basis upon which our trade association survives. ISME desperately hopes that the July Stimulus package announced last week will succeed, but we fear it will not be enough.’

In April, ISME surveyed a number of accountancy members to ascertain what the average SME owed in trade credit to other SMEs. The then figure was €78,000. We conducted the same survey last week and found that the B2B creditors’ figure had dropped 2.6% to €76,000.

On one hand, this can be viewed positively and shows that there is at least some degree of debt being settled within the economy, and some businesses can pay their way. Anecdotally, we also hear that some businesses are not extending trade credit and are insisting on cash terms. Some other suppliers are also essential for many businesses and may be able to exact fast repayment from their debtors.

However, the fact that the outstanding trade credit figure is static in a reduced trading environment is worrying. The €76,000 figure represents approximately €10.6bn of potentially impaired B2B debt between SMEs in the Irish economy. The maximum grant assistance of €25,000 available in the July Stimulus must be set in this context., Regrettably, the grant remains available only to businesses which pay rates. Also, there is a new condition attached to the grant which excludes businesses with a turnover higher than €100,000 per employee. This penalises high turnover low margin businesses.

It is in this context that many of the liquidity measures announced in the July Stimulus have fallen short: the majority of measures announced are debt-based at a time when both SMEs and their lenders are sceptical about their ability to repay lending. While the TWSS has reduced the rate of cash burn for businesses, it can only be used to service payroll costs, not to pay down debt. And the grant element of €300m makes up only 4% of the total package.

ISME hopes to see a strong take-up of the measures announced by Government in the July Stimulus, and we will be assisting SMEs in accessing those funds to the best of their ability. But ISME believes that more robust measures will be required by surviving businesses come the October budget.