Four Out Of 10 Have Fears Over Job Security, But Outlook Better Than At Beginning Of Last Recession – Frs Recruitment 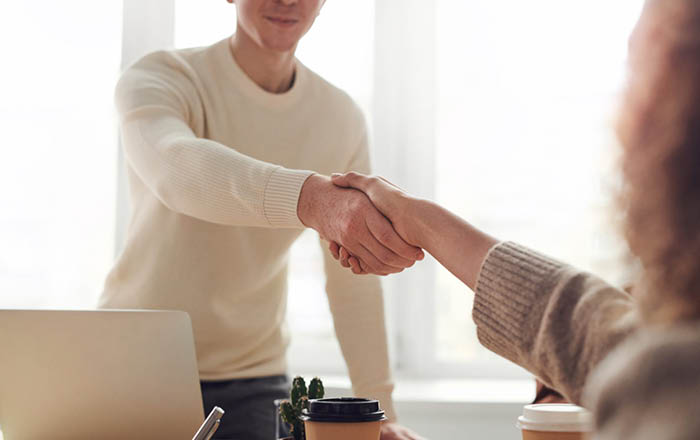 6 out of 10 unemployed believe they will need career change, 40% lost their role due to Covid-19 crisis

More than four out of ten people have fears about job security, a figure which has risen over the last year, but the outlook is better than at the beginning of the last recession. According to a new survey by FRS Recruitment, 46% of people are currently afraid about their job security, up from 38% in 2019 but well below the 58% level in 2009.

The FRS Recruitment Employment Insights Survey also revealed that almost 2 out of every 3 people believe they would gain new employment within 3 months, if they lost their job – a level similar to the numbers in 2009. Back then 62% believed they could secure a new job within a three month period. By 2011 that figure had dropped to 41%, while in 2020 the survey showed that 66% of people believe it will take them three months or less.

Despite fears about job security, more than 1 in ever 2 people expect a pay rise over the course of the next 12 months, although the level of optimism has dropped since 2019 when 68% of respondents believed they were due a raise.

When considering a new role, the job itself is the most important priority for 28% of people, followed by the company’s culture and values (18%) and the salary provided (15%). The length of commute is another important factor with 6 out of 10 saying they would consider a commute of no longer than 30 minutes to 1 hour if they were changing jobs.

4 out of 5 employees would like the option of working from home when the restrictions are eased, with 17% saying they would prefer to work from home all the time.

Before the current crisis, 1 in 10 were working remotely, while 45% indicated they had some remote working experience. Only 1 in 5 people believe they are less productive when working from home, with 80% saying they are either more or equally as productive.

For those who do work remotely, the reduction in the time spent commuting to work is the most popular factor, with 3 out of 4 people describing it as a benefit. This is followed by cost savings associated with travelling (59%) and more time spent with their family (50%). The biggest challenges are balancing family and work (38%), internet speed/ connection issues (35%), inadequate office set up (31%) and difficulty switching off from work (31%).

The survey also tracked the attitudes of those who are unemployed. 47% indicated they had been out of work for 3 months or less, while 2 out of every 5 people unemployed said they lost their job due to the pandemic. 6 out of every 10 people who are out of work believe they will need to make a career change to find a new role.

In separate research, FRS Recruitment also examined current attitudes among employers. Despite the difficult conditions caused by the crisis, 6 out of every 10 employers are either hiring or plan on hiring within the next 6 months.

One in four employers say their businesses have been operating as normal during the pandemic, while another 25% expect to return to normal operations within 3 months.

Poor broadband speeds impacted 1 in every 2 businesses who were utilising remote working, but 6 out of 10 employers still plan on offering more remote working opportunities after the crisis ends.

While 65% of employers believe the Irish economy will recover within 2 years.

Speaking about the survey results, Colin Donnery, General Manager of FRS Recruitment said, “With a lot of uncertainty in the economy about how the country will be impacted as we emerge from the Covid-19 crisis, this survey set out to gauge attitudes amongst the workforce. It is fair to say that the economic uncertainty is having an impact, with the level of concern for job security having risen over the past year. However there is also some comfort to be taken that the Irish people are significantly more optimistic about their jobs being maintained than they were ahead of the last recession in 2009.

“It would seem that even with the current difficult conditions, there is still a bright outlook for employees. Most workers believe they will get a wage increase over the course of the coming year, while almost 2 out of every 3 people believe they would find new employment within 3 months if they were unfortunate enough to lose their jobs.

“This confidence aligns with separate research we have conducted on employer attitudes, with 60% saying they are currently either hiring or planning on hiring in the next 6 months. The jobs market is an effective canary in the coalmine when it comes to illustrating economic reality, so this is a positive indicator for the country’s fiscal outlook.

“It is also interesting to note how the lockdown has impacted ways of working, with both employees and employers being strongly in favour of remote working options being available post the crisis. Both businesses and workers have seen the benefits that can arise from remote working as part of day to day operations, with most recognising that productivity levels have not diminished. That has created an appetite for utilising this approach on an ongoing basis and businesses will have to consider offering this as part of their employee packages once the crisis subsides and business begins to return to normal,” Mr. Donnery concluded.

A total of 1,951 people participated in the survey, which was conducted over two weeks from 3rd June to 16th June.  FRS Recruitment has been running variations on this survey in different years, going back to 2009.

FRS Recruitment is one of the leading recruitment businesses operating in Ireland. They have 10 offices nationwide, with locations in Dublin, Cork, Galway, Tipperary, Limerick, Kerry, Kilkenny, Offaly, Cavan and Roscommon. A 100% Irish business, FRS Recruitment is part of the FRS Network – the social enterprise co-operative.