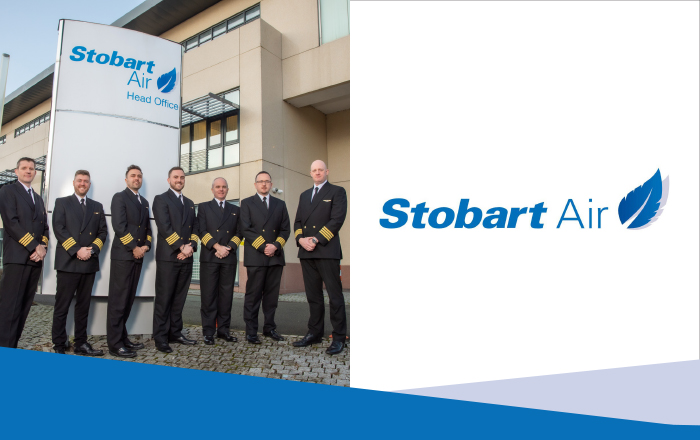 The airline is seeking to recruit First Officers (FOs) to join the programme and train as Captains, in a bid to meet the growing demand for pilots on the Stobart Air route network.

The announcement comes as 12 FOs recently graduated to Captain.

The Captain Training Programme consists of four phases including guided self-study, facilitated ground school, online flight assessments, and training in a state-of-the-art simulator ATR flight simulator. First Officers can expect to fly approximately 2,000 flight hours and transition towards Command in the programme, the final exam to graduate as captain.

The programme was launched as the demand for Captains in the industry continues to grow significantly.

“As a hub for domestic and international travel, airports in Ireland are servicing many of the world’s largest airlines, operating the most popular routes across Ireland, the UK and globally. This creates a demand for skilled pilots and it’s imperative that we have a network of trained professionals to support this demand and take up the jobs that will be created in Ireland’s aviation industry,” said Donal Young, Director of Flight Operations at Stobart Air.

The Stobart Air programme sees FOs achieve their Command and progress to Captain on Stobart Air operated flights. As a Captain, you have full responsibility for the safe and efficient operation of Stobart Air flights and for the daily interactions between flight and cabin crew, ground staff, engineering and operations personnel and guests.

Stobart Air offers further career progression for Captains in the Safety and Training departments, which offers further opportunities to teach First Officers coming through the programme.

Stobart Air, regional franchise flying partner to leading airlines, operates over 1,000 flights weekly across 38 routes throughout Ireland including Cork, Kerry, Dublin, Donegal, along with the UK, France and the Netherlands.

The airline operates under the Aer Lingus regional brand as part of a franchise agreement with Ireland’s national carrier, Aer Lingus and operates Flybe routes from London Southend, the Isle of Man, Belfast and Edinburgh.

“Commencing this programme in the right seat of an aircraft and on completion, moving to the left seat, is a transitional period for our employees and for their careers. It’s something we’re very proud of.”

“We are delighted to see our First Officers progress as the airline expands. It is vital we maintain and continue to recruit a steady flow of new First Officers to meet the needs of our growing route network.”

“Our philosophy in Stobart Air is that we don’t employ co-pilots, we employ trainee Captains. The Captain Training programme is an integral part of the training undertaken by First Officers during their first 2,000 flight hours.”

“Stobart Air is very proactive in assisting First Officers to progress to Captain. I began working with the company in 2015, and five years on I have surpassed my own career expectations progressing to Captain.

“The ground-based training prepares first officers for what lies ahead and through this programme, FOs gain important insight into what it takes to be a captain. It’s much more than just flying an aircraft and I feel very fortunate to have gone through such a robust programme designed to facilitate the development of FOs to captain.”

Applications are now open on the Stobart Air website for all First Officers to apply and expand their career.