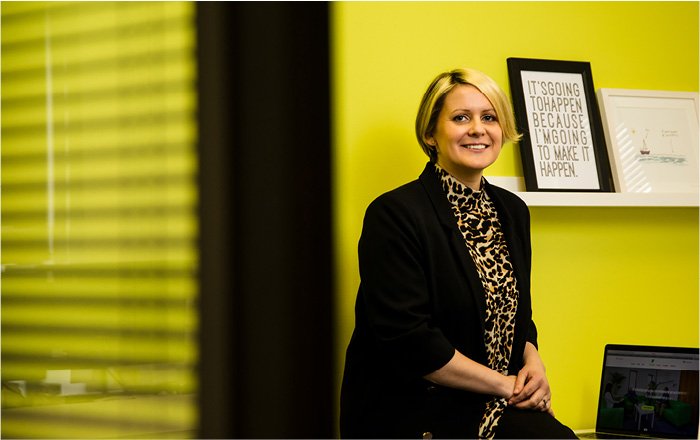 Money no longer talks as flexibility and longevity of contract have now taken over as key priorities for contract workers in Ireland, according to data from a new study released today.

The Fenero Study of 500 contract workers in Ireland has revealed that priorities have changed since the onset of the COVID-19 pandemic, but in particular for the male workforce.

The number one priority for 38% of male contract workers in 2020 was the daily rate or net take home pay, compared to just 21% of women.  27% of women ranked longevity of contract as their top priority in 2020.

Fast forward 12 months to 2021 and men’s priorities have changed, according to the Fenero Study, with 11% fewer saying that money is the defining factor in choosing a contract.  Instead, contract longevity (29%) and flexibility (27%) are considered equally as, if not more important than the daily rate.

Sinead Doherty, founder of Dublin-based Fenero sheds light on the latest findings, “The appeal of working as a contractor has long been associated with good rates of pay and this shift in mindset marks a turning point for the future of contracting. Overall, one third of the total contracting workforce in 2020 rated money as the most important factor in selecting a contract, and now it stands at just a quarter.

“The demands in what people are increasingly seeking from their work choices have developed at a pace that nobody could have imagined, and that’s very much about being given increased flexibility and a better work-life balance. The past year has been a time of reflection for many people and priorities have clearly changed.

“With non-financial factors increasing further in importance in 2021, companies need to rethink how they can increase their attractiveness to reach the widest pool of contractors. They need to be able to compete on more than just daily rates.”

55% of women reported being on daily rates of €400 or less, compared to 45% of men and 65% of women say they earn more as a contractor than as an employee, compared to a much higher 77% of men who say the same.

“These are disappointing yet unsurprising findings and shows we’re a long way from bridging the pay gap between genders in employment, both contract and permanent. We need to take preventative action to stop the pay gap widening even further, especially in light of caring duties falling predominantly on women during the pandemic.”

One cohort that concerns Sinead is the female workers, both contract and permanent, that are reportedly ‘downshifting’ their careers or leaving the workforce entirely due to pressures surrounding COVID-19.

“The importance of cultivating female talent in all areas of our economy cannot be stressed enough and is relevant to contracting also, where women are already in a minority. Research is emerging showing that as a result of pressures arising from the impact of COVID-19, particularly related to caring, a significant proportion of women are considering “downshifting” their careers or leaving the workforce entirely. Meeting the needs of female contractors when it comes to their preferences for enhanced flexibility will be important in 2021 to support and maintain female contracting talent,” said Sinead.

What contractors want for the future

Flexibility of hours and the option to work remotely has emerged as the highest priority for contractors moving into 2021, with 32% of all respondents stating it will be what they value most, with a hybrid option of office and home-based working being most popular.

The importance of contract longevity ranks second in terms of priorities overall, with 26% of contractors placing it in top spot. “We delved a little deeper and discovered that 12 months is the ideal contract length for a large number of contractors,” says Sinead. “Employers should be cognisant of changing priorities and behaviours and tailor their contracts accordingly. It could make that all important difference in widening the pool of potential recruits, especially appealing to those who are new to the contracting world.”

When it comes to concerns about the industry, uncertainty about contract longevity emerged as the biggest concern among contractors today (38%). As economic uncertainty is likely for the foreseeable future, securing longer contracts or ongoing contracts is front of mind. “For contractors concerned about longevity in contract roles, receiving information from recruiters about the outlook and resiliency of their sector may be useful and provide some reassurance. During 2020, despite the climate that was, we saw great resiliency for contractors in the IT, Pharma and Medical sectors and we expect this to continue through 2021 and beyond,” said Sinead.

The next biggest concern for contract workers is working alone or having less engagement with colleagues, with a significant 31% perceiving this as their biggest challenge for 2021. “The solitary feeling of remote working is a concern for permanent and contract workers alike. Developing a culture of inclusion for the contingent workforce will be an increasingly popular and effective talent management strategy for high performing businesses.”

*Survey conducted online by Fenero among 500 contract workers in January 2021.