Disappointment with lack of support for older people in Budget 2020, as older people are denied pension increase. 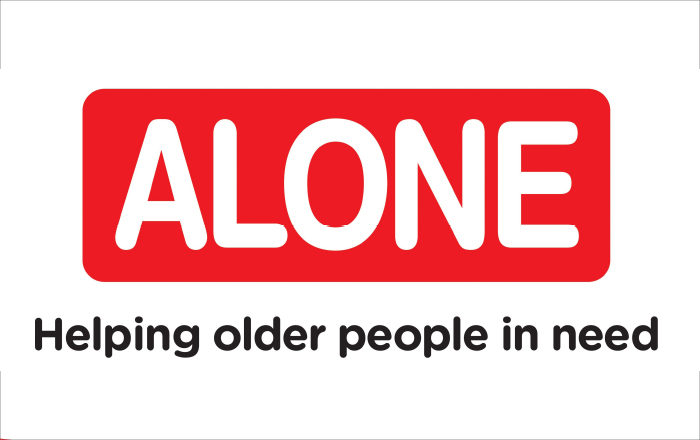 Dublin, 8th October 2019   ALONE, the organisation that supports older people to age at home, has expressed its disappointment today that there has not been further support for older people in Budget 2020.

The charity is frustrated that there has not been further support in the areas of pensions and home supports, while welcoming initiatives such as the increase to the Living Alone Allowance.

Although the Budget addressed issues such as Brexit and climate change, ALONE believe that it did not adequately respond to challenges including those posed by Ireland’s ageing population and the housing crisis.

“The decision to deny older people any increase to their pension is hugely frustrating,” said ALONE CEO Seán Moynihan. “Many people assume that older people have their financial needs met by their state pension. Financial hardship is often a hidden issue among older people, yet it is the third most frequent reason older people contact ALONE. In 2017, more than 63,000 people over 65 were experiencing enforced deprivation. In order to deliver financial security to older people the pension needs to be benchmarked against 35% of average earnings, which would require an increase of at least €7-€9 to the state pension this year and in the coming years.”

For many older people, the State pension does not enable them to cope with costs such as increasing rents in private rental accommodation, transport, achieving and maintaining housing up to basic standards, or keeping ‘rainy day’ funds. In these cases, older people must seek financial assistance from organisations like ALONE.

ALONE CEO Seán Moynihan also expressed concern that the carbon tax, which will be increased by €6 per tonne this year and in the coming years, will impact some of the most vulnerable older people in Irish society. The increase is likely to impact older people who have a low income or live in older and poorly insulated homes, and those in rural areas. While ALONE welcomes the modest increase to the fuel allowance, the charity had hoped to see the fuel allowance period restored to 32 weeks to ensure that older people are supported when they need it.

“While we welcome the increase to the fuel allowance and recognise the need to tackle carbon usage, we are concerned that the carbon tax will impact vulnerable older people who already struggle to pay their heating costs. Some older people ALONE work with already cut essentials to ensure their budgets balance – for example, by waiting until their home gets too cold to manage before putting on the heating, or staying in bed to save on fuel costs,” said Moynihan. “While we welcome the increase in the Fuel Allowance and accompanying measures to help to mitigate the impact of this cost increase, this is a cause for significant concern.”

The organisation also expressed reservations regarding the increase to home support hours. “While we welcome the announcement that prescription charges will be reduced by 50c and that 1 million extra home care hours will be provided as part of the Home Supports Services, these measures do not go far enough. The HSE will provide 17.9 million home support hours to 53,000 people in 2019. An additional 1 million hours will not be sufficient to meet the needs of now more than 7,000 older people and people with disabilities on the waiting list for the Home Supports Service. The Home Supports Service requires a far greater increase in hours and a plan for the coming years to meet the demand,” concluded Moynihan.

However, ALONE welcomed the increase to the Living Alone allowance, which ALONE and other ageing NGOs have been requesting for several years. This is a long-awaited and greatly welcomed increase for older people living alone who are most vulnerable.  They also expressed relief that the Christmas bonus will be maintained in Budget 2020.