Focus Ireland warns of human trauma caused by deepening crisis as a record number of 10,397 people are now homeless. 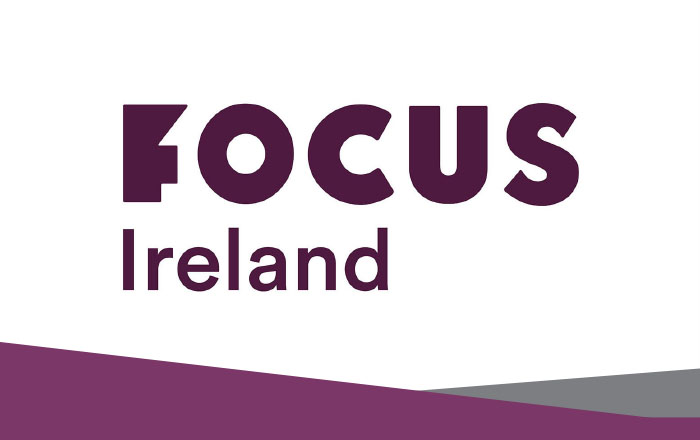 Focus Ireland has warned of the terrible human trauma caused by homelessness as the total number of people homeless has now been over 10,000 for the eighth consecutive month. The official figures from the Department of Housing show an increase of 59 people homeless in September to a total of 10,397 compared to 10,338 people homeless in August.

The September figures also showed the highest ever number of children homeless – at 3,873 children, the highest since July 2018 (3,867).

The charity has called on the Government to take action in the Finance Bill (Currently before the Dáil) to bring in tax measures to make it more beneficial for landlords selling a property to do so with tenants in place. Focus Ireland said this would help cut the constant flood of families and individuals becoming homeless every month as tenants would not lose their home if it was being sold.

“The record number of families becoming homeless in September highlights yet again that the problem cannot be solved unless the Government moves to stop families being evicted from their homes by landlords who wish to sell up. We are calling on the Minister to use the opportunity of the Finance Bill going through the Dáil to introduce tax measures which would make it more attractive for landlords in this situation to sell the property with the tenant in place.”

“It was a real missed opportunity that this measure was not announced in the Budget, but it is not too late to bring it into force. If the Minister fails to take this opportunity it will be a full year before an opportunity arises again – during which many more families will go through the trauma of losing their home and becoming homeless.”

Focus Ireland said that no family or individual should ever have to go through the awful experience of losing their home and becoming homeless. Mr. Allen continued:

“This crisis is causing so much terrible damage to many individuals and families. Homelessness is hurting our children the most and this must end.”

Meanwhile, Focus Ireland said that even though the crisis continues there is much work is being done across the housing and homelessness sector to help many families & individuals. The charity said that it has managed to help over 1,200 families to secure a home – in partnership with the State and its supporters – in the last two years and move on from being homeless.
However, Mr. Allen said much more needs to be done. He added:

“There is much good work being done without which this crisis would be much worse. However, we have to ask ourselves as a society why so many of our children are being put through this trauma in the first place? While other children and their families are having fun decorating their homes and holding Halloween parties, we have seen the shocking situation where 3 families lose their home every single day in Ireland. There are now nearly 4,000 children forced to live out some of the most vital development years of their young lives in emergency accommodation such as family hubs, hotels rooms and other unsuitable facilities.”

The September figures reveal that the total number of children homeless are 3,873 (in 1,756 families). While the regional figures show that homelessness is not just Dublin crisis with 462 families and 1001 children now homeless outside of the capital.

Meanwhile, new figures just issued by Focus Ireland today show that in the last three months (July/Aug/Sept) 670 children (in 329 families) lost their homes in Dublin. The Focus Ireland Family Homeless Action Team managed to help 139 families to secure a home and move on from being homeless in this same three month period.