Irish women “working for free” from this week. 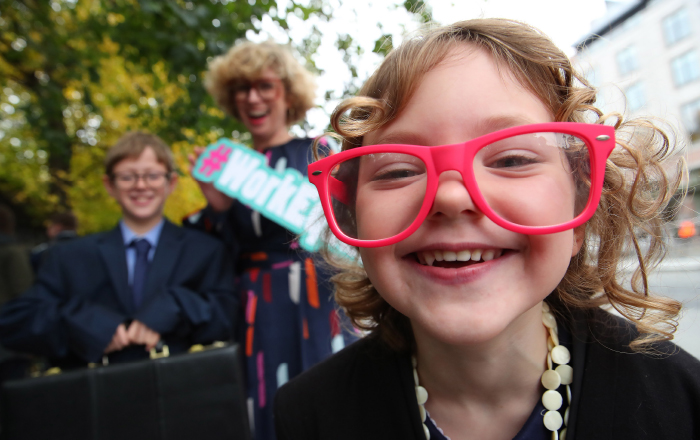 Irish women are “working for free” for the rest of the year, according to Dress for Success Dublin (DfSD), the charity behind the #WorkEqual campaign. According to DfSD, today is ‘Equal Pay Day’ in Ireland, the day on which women effectively stop earning, relative to men, because of the gender pay gap.

The charity launched its fourth annual #WorkEqual campaign today (10.11.19) with the aim of highlighting issues around gender equality in the workplace.

Commenting today, Sonya Lennon, founder of DfSD, said: “We have a gender pay gap in Ireland of 13.9%. If you shave 13.9% off the end of the year, you land on today’s date. So Equal Pay Day is a symbolic day to highlight the still existing pay gap between women and men.

“We acknowledge that the pay gap is a symptom of the wider gender opportunity gap and cultural and structural challenges that women face in the workplace. While progress is being made, change is happening slowly, and more needs to be done to challenge societal and political attitudes.

“Lack of affordable childcare, gender stereotyping, inflexible work options, and poor take-up of parental leave are all feeding into the persistent inequalities between women and men.

“With our #WorkEqual campaign this year, we’re aiming to bring together leaders from business, politics, policymaking and civic society to develop practical solutions that will help remove these inequalities.”

The centrepiece of the #WorkEqual campaign this year will be a thought leadership conference, taking place in The Marker Hotel, Dublin, on Wednesday, 27th November, sponsored by SOLAS, the Further Education and Training Authority.

The line-up includes Tatjana Latinovic, Chair of the Icelandic Women’s Rights Association, the organisation that pioneered the ‘women’s strike’ movement in the 1970s; and British journalist and author Christine Armstrong, whose book, ‘The Mother of All Jobs: How to Have a Career and Stay Sane(ish)’ was a finalist in the 2019 Business Book of the Year Awards.

Other activities planned for the #WorkEqual campaign include:

The European Institute for Gender Equality (EIGE) publishes a Gender Equality Index to measure the progress of gender equality in all Member States of the EU. According to the 2019 Index, Ireland scores 71.3 out of 100 points, placing it above the EU average.

While Ireland has improved its Index scores since 2005, gender inequalities are most pronounced in the domain of power (53.4 points), reflecting the low levels of political and Board representation of women in Ireland. The Index also shows that:

“The data from the European Gender Equality Index clearly shows we still have work to do to achieve equality in Ireland,” said Sonya Lennon. “Over the coming month, we will be highlighting the challenges that persist; working with relevant stakeholders and policymakers to develop solutions; and raising awareness through our events, online activities and political engagements about the changes that need to take place.”

Tickets for the #WorkEqual thought leadership conference taking place later this month are on sale now, and further information about the campaign is available here.