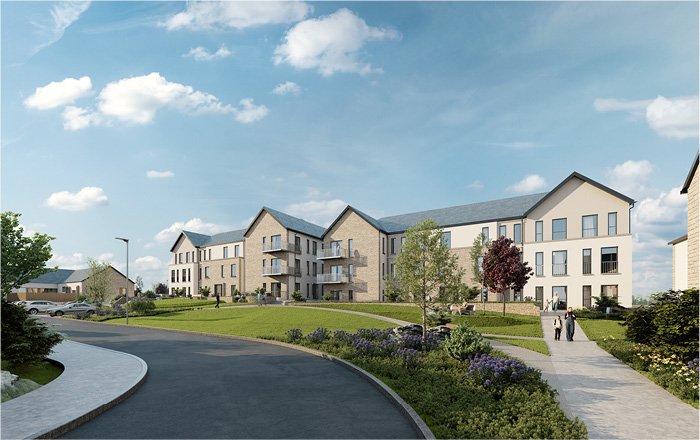 Further delays to the beginning of construction on 121 homes in the sought-after area of Bearna in Co Galway by Burkeway Homes could cost the local economy millions as 150 jobs will be placed on hold indefinitely in addition to an investment of €30m in construction over three years.

Burkeway Homes received the go-ahead on their third attempt at planning permission from An Bord Pleanála in February of this year, with construction on the project earmarked to commence in June later this year.

It was hoped that the granting of planning permission would signify the end of a long-standing battle for the Galway property firm to commence work on their Bearna site.

However, a second judicial review challenging An Bord Pleanála’s decision has been sought from a group of neighbouring residents, Heather Hill Management company CLG objecting to the development.

Mediation talks were sought by Burkeway Homes in an attempt to bring a resolution to the dispute to date but have been unsuccessful thus far.

Managing Director of Burkeway Homes Michael Burke has expressed his disappointment at the residents’ decision to request a judicial review for a second time on its Bearna site, adding that further delays to the beginning of the project would have considerable financial implications for the local economy in Galway.

“It is disappointing that residents of Cnoc Fraoigh should seek to further frustrate the process of delivering much-needed new homes to Galway.  It is particularly surprising that residents in the first phase of a two-phase development, such as Cnoc Fraoigh, should seek to deny others the joys of becoming homeowners in this much sought-after location.” said Mr. Burke.

“We are deeply embedded in the local community in Galway, and it is knowing that these further delays will have a considerable financial impact on so many businesses that work alongside us that hits home the most. These are people’s wages and livelihoods that will be placed on hold indefinitely until we can resolve proceedings and a delay on a project of this size will have a widespread impact across the community.

From Burkeway Homes’ perspective, we have gone to considerable lengths throughout this process to ensure that the Bearna development, much like the rest of our developments in Galway, will enhance and improve the overall neighbourhood and the wider Bearna community and we have a number of plans in place to carry out works in Bearna in addition to the construction of much-needed homes in the area.

We will endeavour to resolve this issue so that we can continue to contribute to the local economy through our projects and continue to provide homes to a growing Galway population,” Mr Burke added.

The 121 homes planned for the development in Bearna will feature a number of different types of housing, such as:

Burkeway Homes are also committed to the protection and preservation of the Irish language in the area and welcome the An Board Pleanála planning condition which means that at least 20% of home owners in the development must “demonstrate the ability to preserve and protect the language and culture of the Gaeltacht.”

Mr Burke also added that the large amount of green space in the scheme will add a unique element to the development, with small parks and amenities enhancing the area for the future homeowners.

In addition to the housing development, Burkeway Homes have said they are committed to the expansion and enhancement of the wider local community with a number of public amenities also included in the new Bearna development, such as:

The Bearna development has also been welcomed by one of Galway’s leading auctioneers, Tony Kavanagh of Sherry FitzGerald Galway:

He said: “Burkeway Homes have consistently been the largest supplier of quality homes to the Galway market over the last decade. Their considered approach to design, development layout, unit choice and use of innovative technologies, make a Burkeway home a very sought-after property. This exciting development in Bearna comprises all of those qualities in a prime village setting and will be a welcome addition to a very under supplied market”.

Keep up to date with the latest news from Burkeway Homes on their website – www.burkeway.ie, or on their social channels; Instagram @burkeway_homes or Facebook\BurkewayHomes

Burkeway Homes is one of Ireland’s most successful property developers. This family run business has a wealth of experience, having been in operation for over 25 years. Quality is the cornerstone of this company. By focusing on quality with regards to both location and construction Burkeway Homes deliver architecturally designed, highly efficient developments. The Burkeway Homes mission is always to marry the architectural integrity of the surrounding area with the highest of modern build quality finishes. Some landmark developments include Time Place Apartments in Sandyford, Dublin, Brighton Square in Foxrock and Maoilín on Ballymoneen Road, Galway and under construction, Fánán on the Letteragh Road, Galway.  For more information, see www.burkeway.ie.