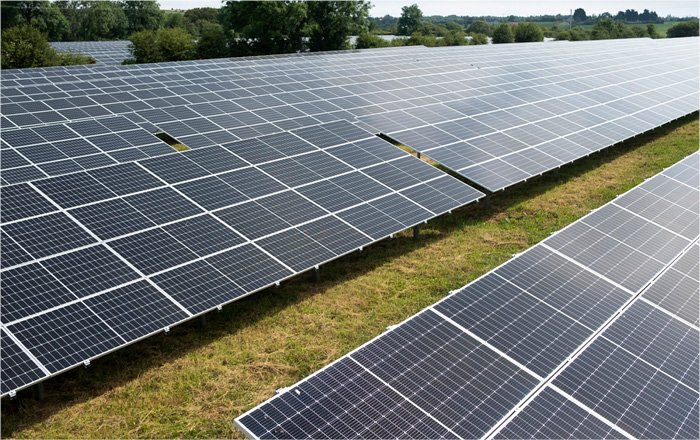 The announcement and implementation of the Micro-generation scheme this Summer has been a positive step forward in Action 30 of Irelands Climate Action Plan. Minister for The Environment Eamon Ryan previously announced a new scheme which will allow citizens, business owners, farmers and community organisations to produce their own renewable green energy and sell their excess back into the national grid

The micro-generation scheme provides a support payment for excess electricity generated on site and is mooted to be available to all Irish micro-generators by late 2021 as Ireland strives to reach it 70% renewable electricity target by 2030 – Local businesses, farmers & homeowners are being advised to get ahead of the curve and start researching supports that may be available to them.

“We all have to make changes, that’s plain to see, especially when you consider the new IPPC Climate Report. Realistically speaking, things like the SEAI Grants and this new Micro-generation scheme present a fantastic opportunity for people who perhaps wanted to invest in solar energy but didn’t have the means to do so previously. Now you’re going to have entire communities actively taking part in creating greener energy. Obviously, the benefits of this scheme are massive, not just in a domestic sense but for businesses too. This will allow people to enter the energy market on a cost-effective basis” States Kieran O’Driscoll of JKS Electrical Solutions.

On average, a family can save €400 pear year on their electricity bills by using solar panels on their home. Currently, homeowners can avail of SEAI grants of up to €2100 for solar panel installation and with the Microgeneration scheme looming large the barriers to going green are tumbling down.

“People are looking for a return on their investment, with the existing SEAI grants and now the government scheme being launched in the Summer it’s becoming more and more feasible for households to commit to renewable energy. When you prioritize solar energy you generally come back with a 12% return on your initial investment, it’s a logical choice.”

JKS Is a family-owned business, originally founded by John Keohane in 1985. Having operated as a traditional electrical services operation since their inception, the team moved into the renewable energy field in 2019 and they’ve noticed the green-wave sweeping across Cork –

“There is definitely a huge demand for more eco-friendly solutions, people are now more aware of their carbon footprint and the impact they make on the world, so there’s conscious choices being made – Even recently we were installing some electric heaters for a client in their home and we began to chat about renewable energy. There was a bit of a lightbulb moment with this person, (excuse the pun), that some solar panels could effectively heat the entire home by adequately powering the heaters, so we ended up installing some panels too. We’ve seen a huge change in people’s mindset when it comes to green energy, the microgeneration scheme is only going to drive that home further.”

It is expected that with the implementation of the new Microgeneration scheme this summer there will be a hugely positive knock-on effect and not just environmentally.

“The government microgeneration has been a great initiative to kick start this area of energy self-sufficiency and demonstrate to people that Solar PV is for the common person in Ireland, not just the elite.” – adds Martin Desmond of Wizer Energy, another Cork based Solar Energy company – “some people might have been suspicious about a solar technology working well in Ireland but with government backing in the microgeneration scheme it has cleared up this mis-understanding”