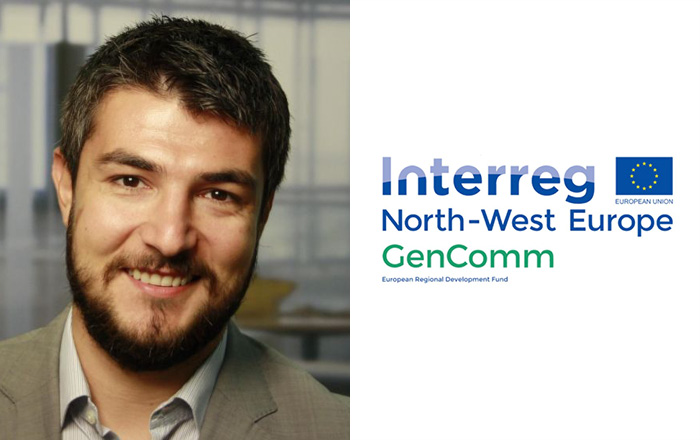 This webinar to be held on Wednesday 11th November will examine how hydrogen could impact the competitiveness and future energy security of Northern Ireland.

The webinar, titled ‘Hydrogen-Exploring opportunities in the Northern Ireland Energy Transition’ will include a presentation from Alexandru Floristean a prominent figure in Hydrogen Europe, . Mr Floristean will present on ‘Hydrogen’s role in the EU’s plans for Energy Transition’.  Currently he is conducting a worldwide analysis of policies which may impact (negatively and positively) the deployment of hydrogen technologies in the context of the Fuel Cells and Hydrogen Observatory (www.fchobservatory.eu)

Meabh Cormacain, an energy advisor at the Department for the Economy will present on the ‘Northern Ireland Decarbonisation Policy Perspective’.

Ms Cormacain  has held her current post since July 2019. She was formerly Manager of the Northern Ireland Renewables Industry Group (NIRIG), the trade body for the renewable electricity industry in Northern Ireland. Prior to joining the energy sector Meabh worked in South America and Southeast Asia for international aid agencies.

A Department for the Economy statement reads: “As Northern Ireland moves to higher levels of renewable electricity generation and continues efforts to decarbonise the heating and transport sectors, hydrogen could play important roles in reducing greenhouse gas emissions. Hydrogen could also present opportunities for business in Northern Ireland to explore new market, new technologies, and new skillsets in an ever more competitive environment. This webinar will give an overview of what hydrogen can deliver for Northern Ireland, and we can best position ourselves to maximise the benefits.”

Dr Patrick Cnubben from the New Energy Coalition, in the Netherlands is the architect of HEAVENN, the Northern Netherlands hydrogen project and he will present on ‘The  Vision and Progress to Date of the HEAVENN Project’. Dr Cnubben is focussed and responsible  for the realisation of large scale investments in the field of Bio Energy and Gas enhancing amongst else the production and use of (biogenic) energy carriers such as Green Gas, (Bio)LNG and Hydrogen.  Recently Patrick has been appointed the coordinator of the green molecules program (green hydrogen and green gas) with New Energy Coalition.

Dr Monaghan is the Lecturer of Energy Engineering in the School of Engineering at the National University of Ireland Galway (NUI Galway). He is the Lead of the Energy Research Centre in the NUI Galway Ryan Institute, a Funded Investigator in MaREI, the SFI Research Centre for Energy, Climate and Marine, and the Director of the Energy Engineering Programme at NUI Galway. Rory has been researching hydrogen and fuel cells since 2003, when he commenced his graduate studies at the Massachusetts Institute of Technology. Rory currently leads the Long-Term Effects work package of the €9.3 million GenComm project, which is funded by the EU Interreg North West Europe Programme. He was commissioned by the Department of the Economy to prepare the Think Piece on Hydrogen Opportunities for Northern Ireland.

Dr Monaghan said: “Northern Ireland is a leader in the UK and in Europe in wind energy. it faces its own unique challenges in decarbonisation and energy security and competitiveness. Hydrogen has the potential to build on Northern Ireland’s strengths in renewables and indeed in manufacturing and technology. We hope to ignite discussion on how Northern Ireland can best position itself in a low carbon, hydrogen-enabled future.”

Paul Mc Cormack, Innovation Manager at Belfast Metropolitan College and GenComm Programme Manager will chair the webinar and will set the scene introducing the potential of hydrogen as an energy vector in green energy solutions. Paul stated “Prime Minister Boris Johnston said last week that a green industrial revolution in the next ten years will create hundreds of thousands if not millions of jobs. It is vital the Northern Ireland is fully prepared to engage in low carbon energy innovation and to secure the resultant economic benefits. This webinar is part of ensuring that we are organised and in shape for these opportunities.’

The investment and innovation needed to meet Net Zero is colossal: potentially a doubling of the size of our power system; a new hydrogen economy; progress in nuclear, CCUS, and renewables; an average of 20,000 homes a week switching to low carbon heating system and 30,000 new EVs every week.”

Paul is currently managing several international projects including the GenComm project which seeks to address the barriers preventing the greater integration of renewables into our energy matrix and to navigate a new energy pathway to energy security.  GenComm (GENerating energy secure COMMunities); is a Smart Hydrogen (SMARTH2) Integrated renewable energy, generation and storage project designed to develop a new model for exploiting generated electricity from renewable sources to provide energy security for remote communities. The GenComm project will demonstrate how hydrogen as an energy carrier can be the new energy pathway and overcome the current obstacles blocking greater utilisation of renewable energy in our energy consumption matrix.

Current work by NUIG  with its partners DCU and Hy Energy Consultancy revolves around future renewable energy policy and how best to enable increased decarbonisation of Northern Ireland using renewable energy sources and hydrogen. This will be a key element of the discussion in this webinar.