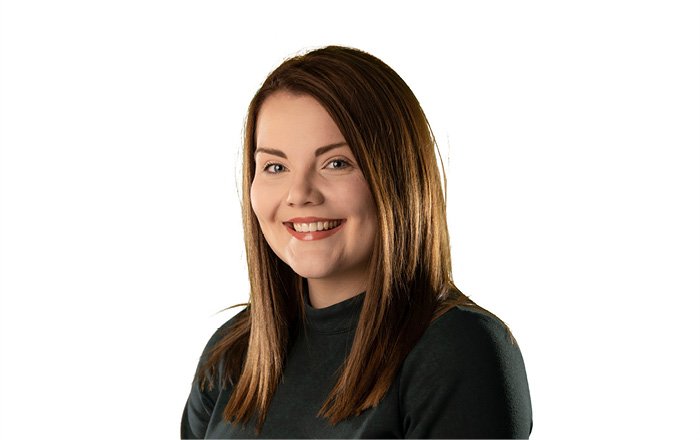 DP Energy, one of Ireland’s leading developers of renewable energy projects, has appointed Kimberley Harris as its new Communications and Coordination Manager. Headquartered in Buttevant in North Cork and operating across the world, DP Energy is committed to using the most sustainable and environmentally responsible methods possible in all of their energy developments.

Currently, DP Energy has a 5GW portfolio of wind, solar and offshore energy projects across Ireland, Australia, the UK and Canada. The company is also a driving force in ocean energy, with tidal energy projects ongoing in Canada, Scotland and Northern Ireland. It is also working in the wave energy sector with a strong focus on opportunities in the west of Ireland.

Kimberley will lead DP Energy’s cross platform communications requirements as well as engage in coordination of the offshore wind programme, while also providing support to the Project Managers and team members of the offshore team.

After graduating with an MSc in Coastal and Marine Environments in 2017 at NUI Galway, Kimberley worked as a Research Assistant for the UCC Marine Geology Research Group. During this time, she provided support for several projects, took part in offshore surveys and was a key part of developing novel ‘lander’ systems for deployment.

Having completed courses in Research Integrity, Project Management and Assertive Communication Skills, Kimberley went on to develop her experience further as a Project Officer in Cork Institute of Technology. She also has a BA Joint Honors in Geography and English from NUI Galway.

DP Energy has submitted foreshore site investigation licences for a number of off-shore wind projects off the East, South and West Coast and in order to develop these projects, DP Energy has partnered with global energy leader Iberdrola, one of the world’s largest renewable energy producers. Iberdrola has substantial experience in offshore wind development and, importantly, shares DP Energy’s commitment to a sustainable and ethical approach to development. Delivery of these three schemes, hoped to be operational between 2028 and 2030, will significantly contribute to Ireland’s Climate Action Plan target of 70% renewable electricity by 2030.

Commenting on the appointment, DP Energy CEO Simon De Pietro said: “DP Energy is a leader in renewable energy in Ireland and globally and this role is tremendously exciting to help play a key part in the growth of renewable clean energy in this country and beyond. Kimberley’s coordination and communication between all stakeholders will be critical as we look to grow as a company and I look forward to working with someone as talented as Kimberley to help achieve our goals. The development of Irish offshore wind farms will significantly contribute to Ireland’s Climate Action Plan targets, leading the way in our fight against climate change and Kimberley is passionate about playing a key role in this, alongside all our colleagues at DP Energy.”