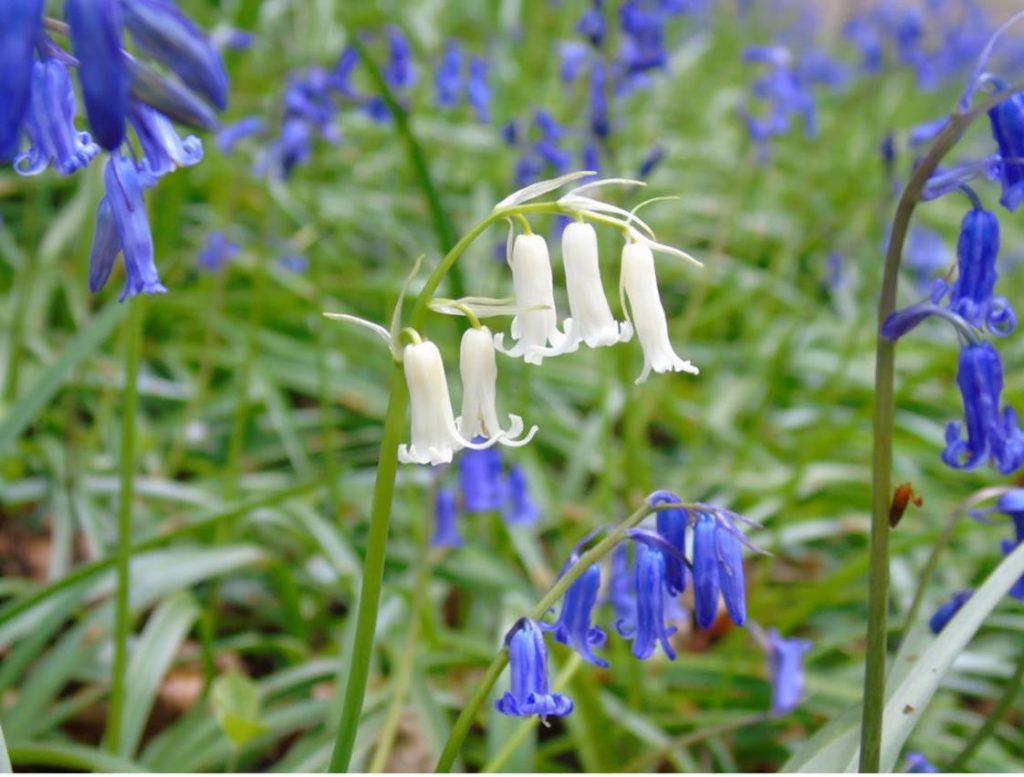 How to tell native bluebells from Spanish bluebells

Bluebells are in full bloom in woods across the country, creating spectacular swathes of colour. This year, the displays are more vibrant than ever with fewer of these delicate plants being crushed underfoot as people follow government guidance and exercise locally.

Although many of us might not be able to witness the spectacular displays in person this year, the National Trust are sharing pictures of bluebells from their places, including images of the rarer white bluebell found in abundance at Derrymore, Bessbrook in County Armagh.

Rosemary Mulholland, National Trust ranger at Derrymore explains more: “Bluebells usually bloom in late April or early May and can carpet the floor of a wood, filling it with a beautiful, delicate scent and providing much needed nectar for bees, butterflies and other insects.

“Our native bluebell is a lovely dark, violet blue, with a drooping head and flowers that hang down on one side of the stem.  They are often associated with ancient or long-established woodland and it can take up to five years for a bluebell bulb to develop from a seed.

In the woods of Derrymore there are only a handful of these wild white bluebells but we think that at some stage in the past, the occupants of Derrymore House, or the gardeners on the site, collected the white bluebells and propagated them, planting them around the house where they have now multiplied and are growing happily beside their more conventional blue companions.”

In folklore, bluebells are also known as ‘fairy flowers’ and that the story goes that picking one could result in being led astray or trapped by fairies.  Surely the rare and beautiful white bluebell must be even more magical!

Bluebells are under threat from habitat destruction and hybridisation with non-native bluebells and can also be badly damaged by trampling.  They are protected under the Wildlife and Natural Environment Act (Northern Ireland) Order 2011, making it illegal to dig up the plant.

Ongoing woodland conservation and forest floor clearance is helping to create more suitable habitats for bluebells to bloom. Thanks to the support of members and supporters, National Trust rangers and gardeners are able to take great care of these special flowers.

Bluebells have fascinated us for centuries, and there’s certainly plenty of folklore about these delicate blooms. Here are some weird and wonderful things you might not know about bluebells: