DataSolutions to become the world’s first carbon-neutral IT distributor 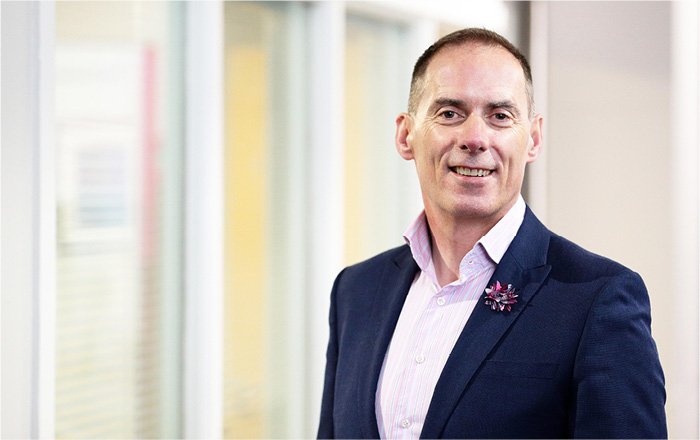 Dublin, 2nd April 2021 – DataSolutions, the specialist distributor of innovative IT and security solutions, today announces its commitment to becoming the world’s first carbon-neutral IT distributor by 2022. It also announces the results of a survey1 it carried out in March 2021 among 93 tech industry leaders which found that 57% are planning to become net carbon neutral, but less than a quarter (24%) have a written company policy for same.

After measuring its carbon output in 2018 and 2019, which saw it emit 100 metric tonnes of CO2 per year, DataSolutions has set a sustainability target to become carbon-neutral by next year. The organisation has already made a number of changes to help reduce its carbon footprint and eliminate 60 metric tonnes of its CO2 emissions per year.

These include moving its ERP system and other corporate applications to the cloud and adding electrical cars and charging points to company premises. Furthermore, DataSolutions replaced its gas burning (fossil fuel) office heating system with a more efficient heat pump system and switched to LED office lighting.

The Dublin-based distributor is also cutting down on business travel and will be encouraging working from home to reduce the number of employees commuting to the office. By next year, all company vehicles will be electric.

As part of its ‘Go Green’ initiative, DataSolutions is supporting partners who want to begin their sustainability journey. The company has helped set up a movement called Techies Go Green,  a community of IT and tech-oriented companies who are committed to decarbonising their businesses.

The goal of Techies Go Green is to enable each member to purposefully improve their energy efficiency by collaborating and sharing practical know-how, with the main aim of making every signatory carbon-neutral by 2030. To date, over 30 members have signed up and DataSolutions is expecting to reach 100 members by the end of June.

DataSolutions is meeting a growing need for practical advice and guidance in this area. Its survey also found that the key hurdles to becoming net carbon neutral were revealed as uncertainty on how to measure it (62%), a lack of capacity or resources (41%) and difficulty in getting buy-in (32%).

The survey further revealed that negative reputation and exclusion from customer and tender opportunities were the ranked by respondents as the joint biggest business problems that would come from failing to address carbon neutrality, according to 81% of respondents.

Michael O’Hara, Managing Director, DataSolutions, said: “At DataSolutions, we’re owning our responsibility and setting ourselves ambitious, concrete targets to track and reduce our impact on the earth. We recognise the environmental impact of our operations. After all, the industrial and service sectors generate over 40% of global CO2 emissions. So, we want to play our part by becoming cleaner, greener and more energy-efficient. This will benefit our customers, our people and the planet.

“With this in mind, we are taking action and also calling on businesses across Ireland and the UK to join us on this sustainability journey. This is just the beginning, but our ‘Go Green’ initiative is already the most important launch we will ever do because of its potential impact on the future of our planet.

“Our sustainability inspiration also comes from our vendor partners, a large number of which have developed tech solutions that can reduce carbon footprints. For instance, IGEL′s fan-less desktop terminals without hard drives run on very low power, while Citrix′s flexible work solutions help over 100 million users by facilitating remote working and reduce corporate office energy use. Whilst small, these collective efforts can create big results and should not be underestimated.”

To learn more about or become a signatory with Techies Go Green, visit www.techiesgogreen.com.