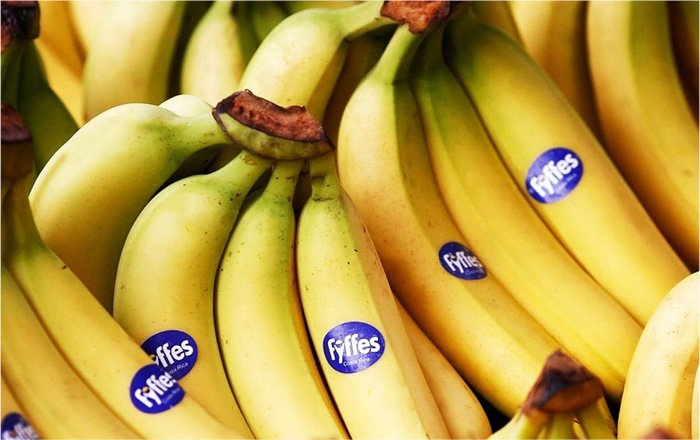 About a third of all the food produced in the world goes to waste each year, representing about 7% of total greenhouse gas emissions. According to the Food and Agriculture Organization of the United Nations (FAO), an area larger than China is used to grow food that is never eaten.

Reducing food loss and educating people on food waste are key targets of Fyffes Healthy Food for Healthy Lives sustainability pillar, in line with the UN Sustainable Development Goal 12, Responsible Production and Consumption. The UN SDG 12.3 commits to ‘halving per capital global food waste at the retail and consumer levels and reduce food losses along the production and supply chains, including post-harvest losses by 2030’.

To do its part in addressing this issue, Fyffes has committed to reducing food loss in its own operations by 80% by 2030. Caoimhe Buckley, Fyffes’ Director of Corporate Affairs says: “Our commitment to reducing food loss from our production processes is part of our Sustainability Strategy. We are planning to do this by repurposing our food loss through the development of new applications and uses for our core products, as well as further improving our logistics and planning capabilities.”

“As the world’s population increases, the challenge must be to feed more people by wasting less of the food being produced rather than to grow more food,” Buckley adds. In fact, according to Feedback Global, a campaign group working to regenerate nature by transforming our food system, all the world’s nearly one billion hungry people could be fed on less than a quarter of the food that is wasted in the US, UK and Europe.

To reduce poverty and hunger, Fyffes also works with qualified partners around the globe to donate surplus food to people in need, including Philabundance in North America, Global Foodbanking Network in Latin America, FoodShare in the UK and FoodCloud in Ireland, to name a few.

Finally, as part of its efforts to educate people on food waste, Fyffes has partnered with leading UK sustainability charity Waste and Resources Action Programme (WRAP) for their first Food Waste Action Week campaign. Taking place from March 1st to the 7th, the aim of the initiative is to raise awareness about food waste and its impact on climate change.