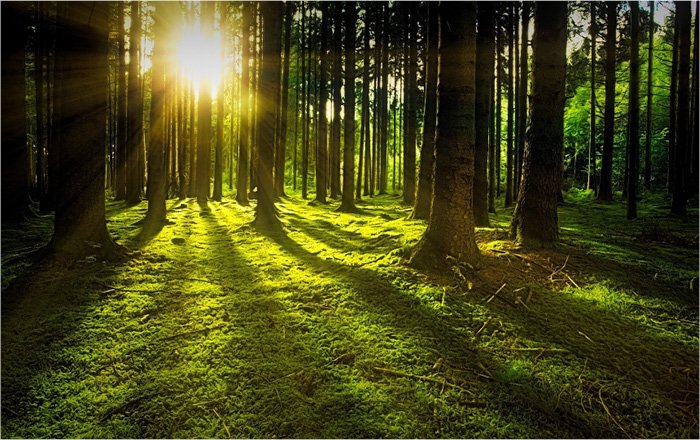 Accepts report on Implementation of Mackinnon

The Minister for Agriculture, Food and the Marine Charlie McConalogue T.D. and the Minister of State Senator Pippa Hackett today announced ‘Project Woodland’, an initiative to tackle issues in forestry in Ireland and drive forward the planting of trees.  The Ministers accepted a report on reforming the Irish Forestry Licensing system, and committed to its immediate implementation.

Welcoming the announcement, Minister Charlie McConalogue stated, “I am delighted to help launch the new strategy for our forestry sector and I give my support to Project Woodland. The new initiative is aimed at solving many of the issues which has mired the forestry sector in recent times.  Working alongside my colleague in the Department of Agriculture Minister of State Pippa Hackett, we are focussed on delivering solutions for the sector. As Minister with responsibility for the forestry sector, Minister Hackett will lead the implementation of Project Woodland and I am confident that it can be a success.

“Challenges remain in dealing with issues in the sector but I am hopeful that the report Minister Hackett is launching today can overcome many of these challenges. Having a vibrant forestry sector is crucial to the overall strategy of the Agri Food Sector as well as ensuring we have a stable, balanced economy. We have the potential to deliver a brighter future for this great sector but all stakeholders must work together in order to make that happen.”

Acknowledging the work of Jo O’Hara, the former Chief Executive of Scottish Forestry, who prepared the report for her on the implementation of the Mackinnon report on Forestry Licences, Minister Hackett said, “Jo O’Hara has confirmed my own belief that while of course the issues with licencing – of afforestation, roads, and felling – must be addressed, bigger questions about forestry also need to be considered.  Timber production is important, but trees are about more than timber.  They are also about beauty, biodiversity, the environment, carbon capture, community enjoyment and enterprise, and social good, and it’s time to find the space to say that, and to value that. That is why I am delighted today to announce the immediate setting up of Project Woodland.”

Project Woodland is being established by the Department of Agriculture, Food and the Marine, under the leadership of Minister Hackett.  It involves four different workstreams working to her through a Project Manager and Project Board. The project Board will be chaired by the Secretary General, Brendan Gleeson.

The workstreams will work concurrently, focusing on different areas. The first one will concentrate on the backlog, the second on a vision for forestry, the third on devising a fit for purpose organisational structure, and the fourth on streamlining the licensing process for the future.

Each workstream will be supported by a working group made up of stakeholders drawn from the Minister’s existing Forestry Policy Group and will be chaired by an independent, experienced outsider.

Referring to those workstreams the Minister Hackett continued, “When you’re dealing with a difficult situation, fire-fighting in effect, it can be difficult to see the bigger picture…. to see the wood for the trees you could say.  That is why I expect the distinction between the workstreams to be so helpful.  I also expect the involvement of the members of my stakeholder Forestry Policy Group in the working groups to make a big difference because we need everyone’s input.  Final decisions will always have to be taken by me, but we simply must find better ways of listening to, and taking into account the views of those who are involved in, and affected by, woodlands.  And they must commit to listening to the views of each other too.”

The Minister also thanked the incoming members of the Project Group and chairs of the Working Groups saying, “An outside perspective always helps so I want to thank the six people who have agreed to help us out with Project Woodland.  They bring with them great experience from different walks of life, experience which I know will benefit us hugely. I also want to thank Jo O’Hara for agreeing to continue working with us through her membership of the Project Board.”

Acknowledging Jo O’Hara’s finding that issues exist which were beyond the scope of her report,  the Minister added, “I expect the working groups to be wide-ranging.  And I also expect that there will be interaction between the working groups and other areas in the department so that, for example, CAP measures, or perhaps eco-schemes for farmers who would be prepared to plant smaller areas are aligned with Project Woodland, rather than in any sense, in competition with it.”

The Minister also announced an initiative involving communities, explaining that she had asked Irish Rural Link to undertake a study on the effect of forests on communities, she said, “‘I am asking Irish Rural Link to build up on the work done by Aine Ní Dhubháin in UCD a few years ago, to engage with communities, to look at the up and downsides of forests for them as they exist at the moment, and come up with recommendations for the future, which can then be fed into the ‘Shared National Approach’ workstream.”

She concluded, “Forestry is central to of many of this Government’s and indeed the EU’s policies particularly on climate action, biodiversity and rural economic development. And while there is no silver bullet, I am determined to get this right.  It will require substantial effort by all stakeholders but I believe the will is there and I look forward to working closely with everyone.  If the right tree, is planted in the right place, everyone will gain.  Jobs will be supported, communities will enjoy recreation and other benefits, and biodiversity will thrive. That is what I want the legacy of Project Woodland to be.”

‘Project Woodland’ is Minister Hackett and the Department’s response to the Implementation of the MacKinnon Report.

Jo O’Hara was tasked in November 2020 to advise Minister Hackett on the on implementation of the MacKinnon Report, www.gov.ie/en/publication/15368-review-of-the-appeal-process-for-afforestation-in-ireland-mckinnon-2019/

The Terms of Reference for Jo O’Hara’s work were:

Bios of the Project Board members: