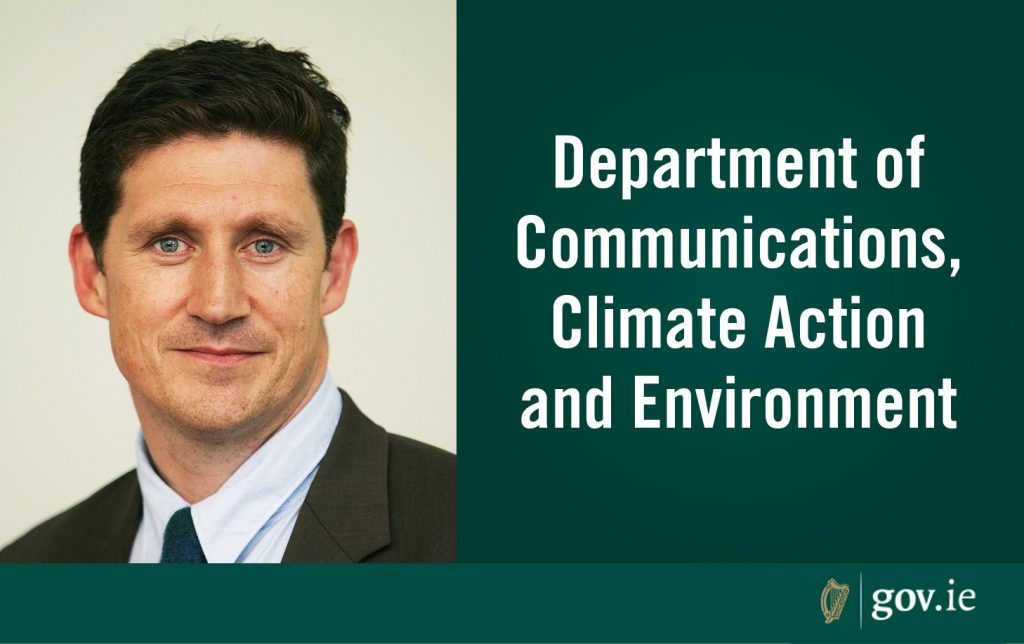 “This is the Government setting out a statement of intent for the next five to ten years and this legislation will establish the Government’s €500m Climate Action Fund on a statutory basis. The Fund provides the opportunity for innovation and for every region of the State to come forward with ambitious climate action projects, harnessing our people’s desire for real and practical climate solutions. In setting out ambition in our policy and in our funding we force ourselves to be ambitious and so the Climate Action Fund will capitalise on Ireland’s attributes as a country of innovators and doers to support real change”.

The legislation paves the way for a second targeted call under the Climate Action Fund before the end of the year, supporting:

Further, through an amendment approved by the Dáil and Seanad, the Fund will also be able to support unique cross-sectoral climate action projects which are not easily categorised or for which there is no real element of commerciality or competition.  Consideration is currently being given to a Bord na Móna enhanced peatlands rehabilitation scheme to be supported in this manner. A project of this type would be a significant undertaking, and utilising the skills built up in Ireland’s workforce, would move Ireland’s commercial peatlands from a state of emitting carbon to becoming carbon sinks and supporting the environment.

Noting the economic challenges facing the country in light of the Covid-19 pandemic, the Minister added:

“This government is determined to support a sustainable economic recovery, and one that is also sustainable from a climate change and environmental perspective. The Climate Action Fund, in providing funding of at least €500 million to industries and communities right across the country is part of Ireland’s own Green New Deal and provides us with real opportunities to innovate. The Fund will target greener economic activities and will introduce or expand new green technologies and processes in Ireland. This will be good for Irish competitiveness, good for Irish jobs and good for Ireland’s efforts to tackle climate change”.

It is intended to issue a 2nd call for applications under the Climate Action Fund before the end of 2020 and over the next 12 months alone more than €150 million will be available to commit to projects and calls. In total some €500 million worth of project support will be committed by 2027 and this will leverage more investments.

The first call from the Climate Action Fund has already committed up to €77 million in support across seven projects. These projects should result in total investments of some €300 million in climate action across the country.

Notes to the Editor

The NORA levy is an existing levy and is collected at a rate of 2 cent per litre, on most oil products placed on the market. It is used to fund the activities of NORA, primarily in the maintenance of the State’s strategic oil reserves.  The National Oil Reserves Agency (Amendment) and Provision of Central Treasury Services Bill 2020 repurposes the levy, thereby ensuring that surplus NORA levy funds, left over after the needs of the National Oil Reserves Agency have been met, can now be paid to the Climate Action Fund and used to support a range of climate action projects throughout all regions of the State.