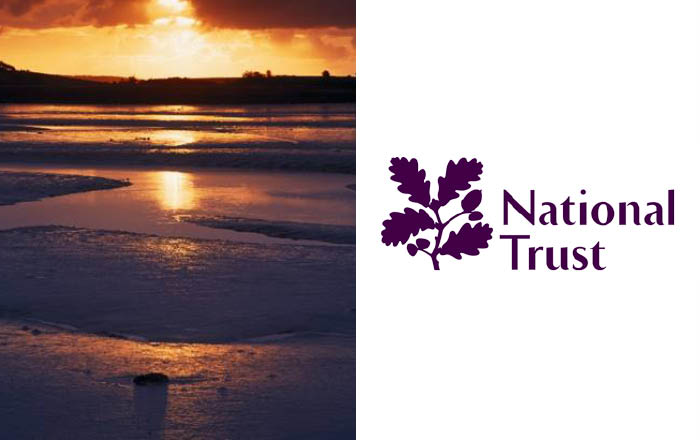 A poll commissioned by the National Trust has revealed how an increased relationship with nature appears to have helped people across the UK since the coronavirus pandemic outbreak in March.

Findings in the YouGov poll[2] revealed that more than two-thirds (71 per cent)[3] of adults in Northern Ireland either agreed or strongly agreed that spending time noticing the nature around them has made them feel happy during lockdown.

Just over half of the respondents (51 per cent) also agreed or strongly agreed that they plan to make a habit of spending as much time in nature once things go back to normal[4].

Findings also revealed that since lockdown interest in nature has risen by a quarter (25 per cent), with interest growing the most in the 25-34 year old age group (40 per cent).  And with lockdown restrictions easing over the past two weeks, 25 per cent of respondents said they were still spending a little or a lot more time in nature in the past two weeks compared to this time last year.

Announcing the results ahead of this weekend’s longest day, Andy Beer, Noticing Nature Project Lead at the National Trust said: “Although we suspected that nature was providing the nation some level of comfort during these distressing and unprecedented times, we wanted to get a better understanding of how it was helping people through this period.

“The results tell us that people have found spending time in nature or seeing nature has had a positive effect on their mood, and hopefully therefore, helped their mental wellbeing.  Mounting evidence shows that everyday connections with nature has a positive impact on mental health and wellbeing.  The fact that people are recognising so fully how nature has helped them during the crisis can only be a good thing for people, nature and wildlife.”

The connection between nature and wellbeing is becoming more and more recognised.  The National Trust launched its Noticing Nature report[5] into this area with the University of Derby earlier this year which revealed that even simple, everyday acts of noticing nature –  and celebrating natural events like the solstice – result in a connection to nature which is linked to higher levels of wellbeing.

Professor Miles Richardson from the University of Derby said: “Spending time in nature is good for health, and having a close connection with nature is good for people’s mental wellbeing. Both play an active part in managing our emotions and moods, and our results show they have done so during what has been a difficult time. It’s great to see that many people have found a friend in nature and long may that continue, because a close relationship with the natural world leads people to do good for nature in their everyday behaviour. After all, there’s no wellbeing without nature’s wellbeing.”

He continued: “That’s why it’s important to tune in and celebrate nature – being in touch with the passing of the seasons and events such as the summer solstice can play a part in developing that close and meaningful relationship.”

The National Trust also asked people whether they considered themselves to be an early bird or a night owl with results pretty evenly split[6].

National results revealed that early birds appear to have more of an affinity for activities involving being outside in nature, whereas night owls were more inclined to cultural activities or entertainment[7].  But, when asked how habits had changed since lockdown early birds and night owls were showing similar habits with watching TV, walking and reading coming out on top[8], with night owls adopting walking during lockdown (increasing from 12 per cent in ‘normal’ times).

Other findings from the national survey are that more than a third of respondents (37 per cent) claimed to have also noticed the changing seasons more than they did last year and 22 per cent said they had experienced more sunrises or sunsets compared to last year.

The longest day is not a day that the majority of people celebrate (90 per cent), despite three-quarters of respondents knowing when it falls[9].  The charity is therefore encouraging people to mark it in a simple way, wherever they are, by watching nature at dawn or dusk.

Andy Beer continues: “Thankfully throughout the pandemic nature has stayed the same – it has kept doing what it does and it is heartening and reassuring that the drumbeat of the seasons is continuing and giving us all some small sense of normality.

“Our Noticing Nature report launched earlier this year revealed that once people get into the habit of tuning in and noticing nature they are more inclined to act to protect nature.

“If the only good thing that has come out of the pandemic is that more people have a better connection to the natural world, then that has to be a good thing and we want to do more to help signpost moments of nature’s calendar for people to engage with.”

For more information on ways to enjoy this weekend see https://www.nationaltrust.org.uk/nature-dawn-to-dusk and share your nature discoveries over the solstice weekend using the hashtag #EveryoneNeedsNature.