Ravens provide a sign of hope in the Mourne Mountains 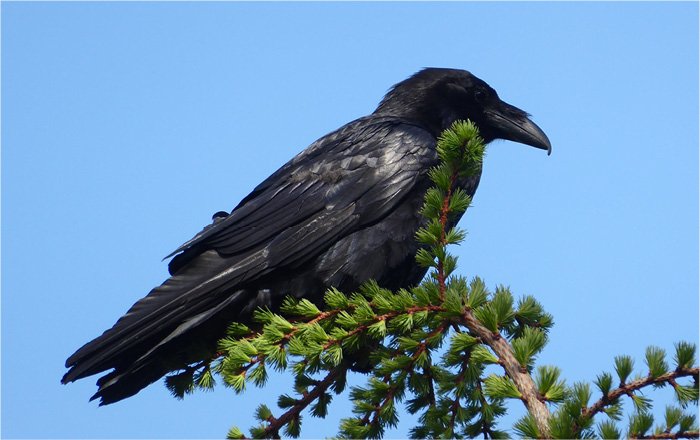 Ravens provide a sign of hope in the Mourne Mountains

The fledging of three raven chicks from their nest in Thomas’s Mountain just weeks after the Mournes wildfire shows the incredible resilience of nature.

The recent wildfire in the Mourne mountains burnt over 3.5 kms of land including 200 hectares of which is managed by the conservation charity National Trust.

Some of the areas most impacted were Millstone and Thomas’s Mountains, and the lower slopes of Slieve Donard, Northern Ireland’s highest mountain.  An important habitat for a range of wildlife, much of the area is designated a Special Area of Conservation and the heather landscape, once alive with flora, fauna and diverse wildlife was left charred and blackened with ash.

When the Mournes fire ripped through the mountainside at the end of April, there were a pair of nesting ravens in Thomas’s Mountain feeding young chicks. With the fire so close, National Trust rangers feared for their survival. Area ranger Marc Vinas said, “On 23 of April, the ravens at Thomas’s Mountain were feeding three young chicks. That night, the fire moved past their nesting site and we didn’t know if they would survive.

“Fortunately, the chicks did survive the passing flames and smoke, and their parents continued feeding them over the next few days.”

Ravens pair for life and their nests are typically built on high cliffs, mountains, in quarries and in large trees in parkland. Omnivores and opportunistic feeders, their diet includes sheep and deer carrion, small-medium sized mammals, berries, eggs and human rubbish.

Marc continued, “Our next concern was that the fire would have disturbed the birds and the nesting site and that even if the chicks had survived the flames and smoke, there was a risk they would die if the parents were not feeding them regularly enough.”

“Thankfully these birds are famous for their intelligence and cunning nature and the ravens showed an uncanny ability to adapt and survive. Weeks after the Mournes wildfire had gone out, the hollow call of the raven could still be heard around Donard, bringing with it a sign of hope.

“The chicks have now fledged and abandoned the nest,” added Marc. “We can see them tumbling and rolling in the sky for sheer pleasure and their presence is evidence of the resilience of nature. It’s a reminder that the Mournes will recover and that in time, the landscape will once again be alive with the sounds of birds, insects and the wildlife that makes this place to special.”

Marc and the team of National Trust rangers are continuing to work with partners NIEA and DAERA to map the scale of the damage caused by the Mourne fire and to assess the long-term impact of the burn on the habitat, wildlife and environment.

The National Trust has launched the Mournes Fire Appeal to raise funds to help with the recovery effort https://www.nationaltrust.org.uk/appeal/the-mournes-fires-appeal