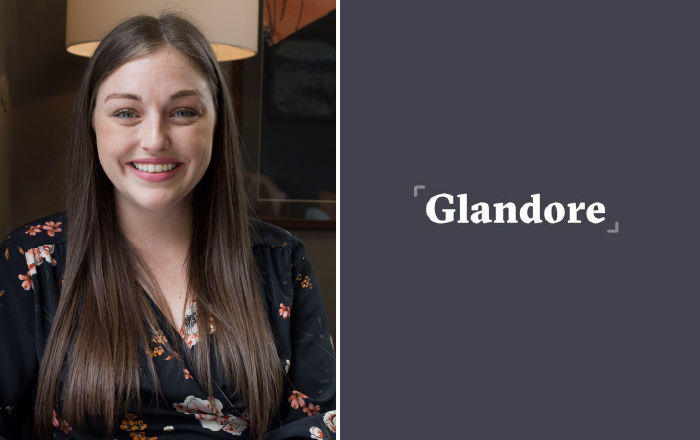 Tuesday 21st January: With high-end, contemporary and fully fitted office spaces nationwide, Glandore has been making waves for all the right reasons since they first launched in 2001 as one of Ireland’s go-to providers of flexible workspace solutions. The reputable company is now continuing this positive streak with a nomination in the upcoming Facilities Management Awards 2020, which will be held during a black-tie gala awards ceremony on Thursday January 30th at The Ballsbridge Hotel, Dublin.

Nominated in the ‘FM Team of the Year – In-House’ category, the Glandore Dublin team will fend off stiff competition from three fellow nominees – namely Clayton Hotel Burlington Road, The Croke Park Hotel and TFM Team @ Alexion College Park – as they aim to go home with the coveted award in hand.

Overseeing six buildings in the capital city, including four historic buildings located on the famous Georgian Mile, and monitoring an impressive 10,000 sq. ft of flexible office space featuring over a thousand desks, it’s clear to see why the Dublin-based Facilities Management team are in the running for this prestigious accolade. Guided by Facilities Supervisor Christian Cullen, with support provided by Facilities Assistant William Flanagan and overseen by the hugely experienced Head of Operations, Riz Ansari, the small team have become an integral part of daily operations across Glandore’s Dublin bases, dealing directly with all member and in-house requests and liaising with personnel across all departments. >From organising external contractors and facilitating member move-ins and construction works, to troubleshooting IT issues, Christian and William are recognised within the company as the cogs and wheels of the operation, ensuring the smooth running of day-to-day operations and most importantly, client satisfaction and impeccable customer service.

Boasting a total of nine locations across Dublin, Cork and Belfast, Glandore has spent close to two decades in business growing significantly, consistently improving their offering for members and evolving with the times and a rapidly changing society. The latter was made particularly evident with the recent launch of their Green Initiative, which saw the company recognise the need for an eco-friendly solution to waste disposal and improvements in their recycling practices. Implemented changes included the purchase of a cardboard crusher, which has proven to be a valuable addition to the grounds. Glandore has also encouraged an increase in glass recycling across all of their buildings, while compost bins have been added to their tea rooms to encourage the correct disposal of food waste.

To further their green efforts even more significantly, Glandore have established themselves as the first Irish coworking company to commit to using 100 percent renewable energy across all of their Irish locations, through the installation of solar panels and smart light sensors. Their Cork base has also been particularly active in this area, with the City Quarter premises celebrating their status just last year as the first plastic-free, flexible office space in Ireland.

All of these changes were heavily influenced by the company’s Facilities Management teams. Much like their Dublin counterparts, the Cork team provide a wide-ranging service, with their primary role being the ‘face’ of Glandore for members and visitors, as well as carrying out the work in the background that keeps the business centre running efficiently and smoothly. Composed of four core members – Niall Quinlan, Operations Manager; Simona Pace, Member Services Executive; Denis O’Brien, Facilities; and Debbie Pardy, Housekeeping – this skilled group provide support to the Sales and Business Development teams to ensure that all events and operations run as planned.

Speaking about their nomination in the upcoming Facilities Management Awards, along with the consistent support provided by their teams across all venues, Riz Ansari said: “Our Facilities Management teams have been integral to the success and growth of Glandore for the past 19 years, so we are delighted that their dedication has been recognised by this nomination. Across the board, their attention to detail, professionalism and wonderful working relationship with members, contractors and suppliers has been consistent and unfaltering, and we are so proud to count them as long-running members of our team. We’ll be keeping everything crossed that they are victorious on the night as we can’t think of a team more deserving of the recognition!”

To book a Community Desk, Hot Desk or Dedicated at Glandore Network Cork, Dublin or Belfast or to enquire about holding your next meeting or event at these stylish premises, visit www.glandore.com. See facebook.com/GlandoreNetwork, instagram.com/glandorenetwork and twitter.com/GlandoreNetwork.