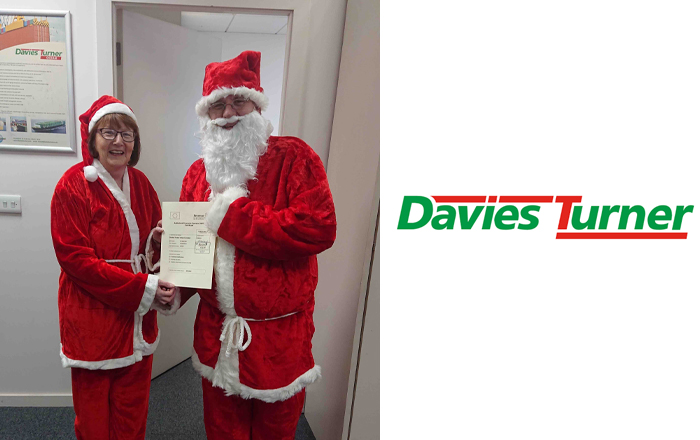 In April 2008, Davies Turner Air Cargo was the first part of the group, and one of the first businesses anywhere, to gain full AEO accreditation as a stand-alone operation.

Philip Stephenson, Chairman of Davies Turner, welcomed the latest recognition achieved by Davies Turner Ireland and praised the joint efforts of management and staff in working closely with the Irish Revenue to achieve it:

“Our air cargo colleagues back in April 2008 were amongst the first off the starting block with AEO accreditation. We soon realised this was only an interim step on the journey to having full accreditation covering all Davies Turner & Co’s services.

“For our customers we have seen benefits from having AEO status, in terms of guarantee waivers and Customs facilitation, as with CFSP, for example.

“The AEO regime is one of a series of measures being co-ordinated by the World Customs Organisation as part of a multi-layered and long term approach to facilitating international trade whilst making supply chains more secure and controlled from origin through to final destination.

“The scheme provides legitimate businesses with a quality mark subject to regular audits, which demonstrates the integrity of their internal controls and systems, as well as ensuring that staff training and Customs procedures are effective and compliant.

“Some of the tangible benefits we have seen from AEO accreditation include fewer physical and documentary examinations of cargo, priority use of non-intrusive inspection techniques when examination is required, and priority processing by Customs whenever security awareness is heightened and Preferred or Trusted Trader status becomes decisive.”

Davies Turner Ireland’s accreditation was achieved as a result of introducing a new management system based on those already used by other members of the Davies Turner group for ISO 9001 to provide a structure for compliance with the requirements for AEO.

Every single member of Davies Turner Ireland’s staff was involved in this process, with support being provided by directors, managers and staff from the rest of the group to ensure the Dublin-based subsidiary and staff who worked to good effect on this project, were well prepared for the Irish Revenue audit.

DTI also provides overland, air and ocean freight services combined with logistics support throughout Ireland and worldwide as well as supporting the services linking up with Davies Turner’s freight hubs throughout the UK. Dublin staff did particularly well in taking on the challenge of introducing a quality assurance system, attending internal and external training courses as well as participating in internal audits to ensure evidence of compliance for Irish Revenue.

Stephenson concludes: As the Brexit process and uncertainty continues, Irish businesses will need to continue preparing for potential changes in exporting or importing with the UK, as and when the UK finally leaves the EU.

“If the UK leaves the EU Single Market and Customs Union with no deal in place, all trade between Ireland and the UK will require full customs clearance and tariffs would be imposed on Irish exports to the UK and imports from the UK into Ireland. Fortunately that’s now considered less likely.

“Whilst AEO status does not eliminate possible tariffs on importation of goods, it can significantly help mitigate non-tariff costs associated with international trade in particular simplifying the importation and exportation process and bringing faster and more efficient clearance of goods at Customs frontiers. As such it should help with any land-border between Ireland and the UK, as well as trade with or transiting the rest of the UK across the Irish Sea.”