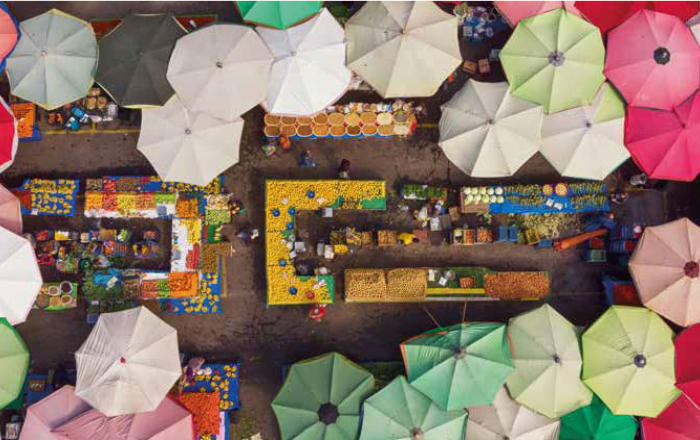 Ireland has held its position at the top of the EU league table for ease of paying taxes, according to the 2020 PwC-World Bank Paying Taxes report. Ireland continues to be the most effective EU country in which to pay taxes and the fourth most effective worldwide. This is based on a comparison of the taxation of businesses in 190 economies. Ireland performs strongly on tax contribution rate and compliance metrics, having a very competitive tax system in terms of cost and time to comply.

Paying Taxes 2020 compares the taxation of businesses in 190 economies. The report models business taxation in each economy using a medium-sized domestic case study company. It highlights that economies around the world, including Ireland, have made it substantially easier for businesses to pay taxes thanks to technology.

The report reconfirms Ireland as an attractive location in which to establish a business. According to the study, a typical Irish domestic company spends just over a quarter of its total commercial profits in taxes, spends just over two weeks dealing with its tax affairs and makes a tax payment nearly every six weeks.

Head of Tax for PwC Ireland Susan Kilty said, “The report reconfirms Ireland as the most effective country in the EU for paying taxes. The analysis considers the ease of filing and paying taxes, as well as the time needed to obtain refunds and make corrections. The more efficient a tax system, the better it is for business. This, in turn, helps promote economic growth and investment. We also do very well in terms of tax competitiveness. This is crucial to our standing as a location of choice for foreign direct investment.”

How does Ireland compare on total tax contribution?

Ireland continues to compare very well on labour taxes (12.4%) compared to the average for the EU (25.3%). Ireland is substantially more competitive on the cost of employing people.

How does Ireland compare on the compliance burden for business taxation?

According to the study, a mid-sized Irish domestic company spends just over a quarter of its total commercial profits in taxes, spends just over two weeks (or 82 hours) dealing with its tax affairs and makes a tax payment nearly every six weeks.

This compares very strongly to EU and global averages in the context of administration and the compliance burden: the time to comply: IRE: 82 hours; EU: 161 hours; Global: 234 hours; number of payments: IRE: 9; EU: 11; Global: 23.

Ireland also does well compared to other countries when it comes to post filing measures. For example, the time to comply with a corporate tax correction is two hours in Ireland compared to the average for the EU of 7 hours; 5 hours for Luxembourg, 6 hours for the UK and 10 hours for Switzerland.

However, there are still some EU countries that are doing better than Ireland in some regards. For example, the total time to comply in Ireland is 82 hours compared to 55 hours for Luxembourg; 63 hours for Switzerland.

The use of technology and data analytics is key to driving efficiencies within the tax function of both companies and national tax authorities.

According to the OECD, the use of digital contact channels (online, email, digital assistance) by tax authorities continued to increase from 2016 to 2017, while traditional channels continued to decrease, e.g. in-person contacts were down 15%. In 2017, more than 40 tax administrations said they were using or planning to use artificial intelligence.

John Murphy, PwC Ireland Tax partner said, “Irish Revenue has made significant investments in technology in recent years and this has allowed the majority of business taxpayers to utilise electronic filing of tax returns and payments, driving efficiency in compliance for both the tax authority and tax payers. We see the Irish Revenue continuing to innovate with the roll out of Real-time Reporting for PAYE in 2019. Real-time payroll data for nearly 3 million employees has been successfully submitted to Irish Revenue since 1 January 2019. Irish Revenue hopes that Real-time Reporting for PAYE will bring further efficiency to the PAYE filing process. In addition, plans are afoot for Dividend Withholding Tax to move to a real-time reporting system from 1 January 2021 and we know that Revenue is considering similar real-time reporting requirements for VAT. The Irish Revenue has a continued focus on further increasing the efficiency of paying taxes through their ongoing investment in digitisation and real-time reporting platforms and we look forward to seeing the results of this in future Paying Taxes reports.”

“New technologies offer businesses great opportunities to make the process of paying taxes more efficient and these are constantly evolving. It is important that businesses and their tax functions keep up to date with developments in technology, including data analytics and artificial intelligence, and exploit these to the full. Businesses also need to be aware of the capabilities of national tax authorities to interrogate the huge amounts of data they are now receiving.”

Top 10 rankings for the EU countries on ease of paying taxes are (in order) Ireland, Denmark, Finland, Estonia, Latvia, Lithuania, Switzerland, Netherlands, Luxembourg and the UK.

Susan Kilty said, “While Ireland leads in the EU in terms of ease of paying taxes, our clients are telling us that one of the top threats for revenue growth is the changing international tax environment. One thing that is certain is that international corporate tax reform is coming and will impact many businesses and our economy. And with the OECD’s work moving at a rapid pace, it appears likely that certain companies will pay more tax in the future, but where, how and how much is not yet clear. Ireland must continue to work with the OECD to ensure we continue to have a corporate tax system that is fit for purpose and at the forefront of global standards. Companies need to stay on top of all of the changes and focus on prioritising what will impact them.”