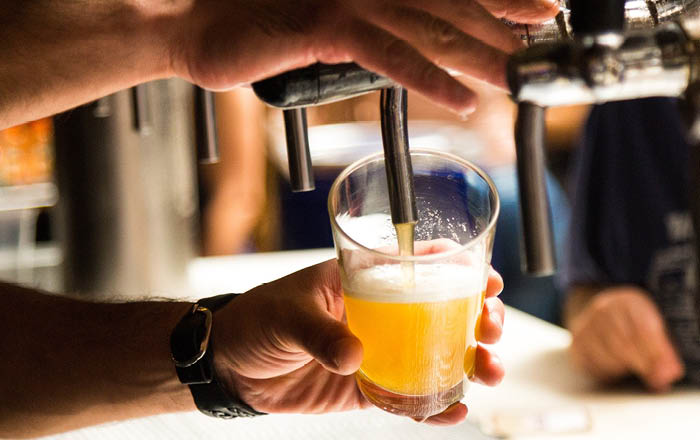 The Drinks Industry Group of Ireland (DIGI), the umbrella organisation that represents Ireland’s drinks and hospitality industry, including pubs, restaurants, hotels, off-licences, brewers, and distillers, has called for a reopening roadmap for the 3,500 pubs that remain closed to bring certainty to publicans and comfort to local communities as the lockdown of pubs – ‘community hubs’ – is severely impacting our rural towns and villages.

The call comes as the Dáil is set to return today and debate the proposed legislation to empower Gardaí to close any pubs that are not complying with public health guidelines.

The group welcomed comments from the Minister for Justice Helen McEntee TD this morning with regard the legislation which would ‘pave the way for wet pubs to reopen’ and look forward to that pathway being defined.

According to DIGI, a debate centred on reopening the 3,500 pubs needs to happen in tandem and a roadmap for the reopening prioritised urgently.

The group is also calling for a reduction in excise tax in Budget 2021 as data shows Irish pubs and bars have endured the longest lockdown in the EU.

‘60% of Ireland’s pubs and bars have been closed for almost six months. That is 3,500 pubs who are businesses, and in the majority of cases, the main employer in our towns, villages and rural communities. Pubs are the main source of income for families, our young people and as many as 90,000 people directly employed by the drinks industry. They are community hubs that provide a place to socialise and for people to gather and meet in local communities – the continued lockdown is severely impacting on community life, further exasperating the effects of the necessary Covid-19 lockdown since March.’

‘As our leaders meet today, we urge them to put the reopening of pubs firmly on their agenda and to provide some certainty to allow these businesses to plan, both financially for the future of the business and personally – business owners have bills to pay and family commitments to meet. And to provide some comfort to local communities to assure them normality will resume. The alternative is devasted communities and job losses as businesses will fold.

‘The €16 million package announced last Friday is short-sighted. When you deduct the allowance for licence renewals (up to €9.6m) and the waiving of associated court fees and excise duties, €6.4m remains for the 3,500 closed pubs. On average, this equates to a little over €1,800 for closed pubs or €300 for each of the six months they have been closed. As one of Ireland’s strongest domestic industries and largest employers, this support is unjust.’

Thirteen EU member states, including Germany, Italy, and Austria, permitted their bars to reopen in May with social distancing restrictions in place. A further nine EU member states, including France, Spain, and the Netherlands, permitted reopening in June. Only Portugal reopened its bars later, in August. Sweden did not impose a lockdown, while bars in Latvia have been allowed to stay open throughout the pandemic, provided they can maintain two metres of distance between patrons. In neighbouring Britain, pubs were allowed to reopen on 4 July. Among EU member states, only Romania has kept its indoor bars shut, though owners have been allowed to serve patrons outdoors since June, provided they have an open-air terrace.

Ireland’s drinks industry directly employs more than 90,000 people and indirectly, through supporting businesses, upwards of 175,000, the majority in rural Ireland. Despite these clear contributions to the country’s economy and society, Ireland’s drinks and hospitality industry has received limited industry-specific Government support, the €16 million announced last Friday is short-term thinking and fails to grasp the magnitude of the situation that publicans are facing, according to DIGI.

DIGI, which represents over 14,000 drinks and hospitality businesses, has called for a 15% reduction in excise tax on alcohol in Budget 2021. Ireland has the second highest overall excise tax on alcohol in the EU. A reduction in excise tax would support drinks and hospitality businesses to recover from a six-month closure, provide certainty to reopen and go some way to cover the losses of operating at reduced capacity for the foreseeable future.