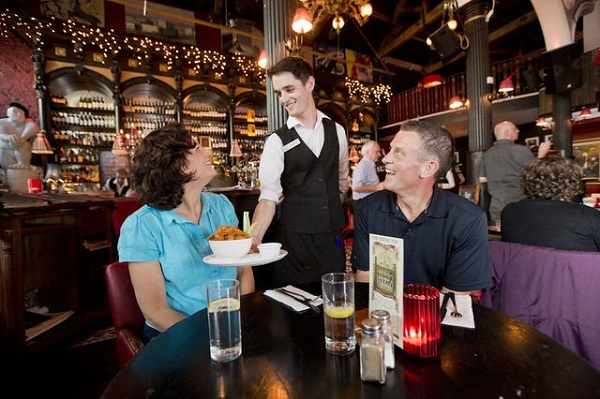 LVA slams ‘package’ of supports announced by Government as a “paltry, token gesture”

The Government and NPHET’s decision to further delay the reopening of pubs will drive thousands into mortgage default, according to the Licensed Vintners Association (LVA).

While the banks had provided a six month moratorium to pubs across the country at the beginning of the crisis, that will close at the end of September.  The LVA has discussed this issue with the banks and they have confirmed that these breaks can’t be further extended and that borrowers who cannot make repayments at that point will be in default.

This means that Government policy will directly damage the credit rating of mortgaged pubs that are still closed through no fault of their own.

The LVA has also criticised the ‘package’ announced by the Government last week, saying the majority of closed pubs will receive no more than €1,600 grant aide. Small pubs in the lowest licensing bracket comprise most of the pubs still closed and they will have been shut by order of the Government for 25 weeks by next Sunday. The figures announced mean they will only be due an extra payment of €64 per week of forced closure, an average which gets smaller for each additional week they are unable to open.

The level of grant aide provided to these pubs who will be closed for a minimum of six months is the same as was announced for businesses in Kildare, who were closed for four weeks.

The majority of the Government’s ‘package’, €9.4 million or 59% of the total, will go towards waiving of the licence fee and court fees for pubs, restaurants and hotels. While the LVA believe it would have been “grossly unfair” to apply this levy given the restrictions imposed on the hospitality trade, the waiver will apply to all hospitality businesses, including those who have been open and trading since June.

“We are massively concerned that the decisions made by the Government and NPHET last week are going to drive thousands of pubs across the country into mortgage default,” said Donall O’Keeffe, Chief Executive of the LVA. “Firstly the Government and NPHET has once again stopped these pubs from opening their doors, so they have no income coming into the business. On top of that they announced a paltry, token gesture of a package which offers next to no support to these businesses.

“The mortgage payment breaks provided by the main banks have been an invaluable support to pubs across Ireland, especially the majority of pubs who are still closed. Those came into effect in late March when the pubs were the first sector to close across the country. That six month payment break will close at the end of this month and the banks have informed us that further breaks can’t be provided. With these pubs being unable to trade, effectively the Government and NPHET are driving them into mortgage default.

“The so called ‘package’ announced by the Government was nothing more than a hollow gesture. It was spin pure and simple, but it exposed how little they care about protecting the pub sector in this country. In reality only a fraction of the ‘package’ will consist of grant aid for the pubs still closed. Most of these are small pubs who are in the lowest licencing band and they will be due a total of an extra €1,600 in grants. By next Sunday, when they will have been closed for 25 weeks, that will be an average of €64 extra per week of closure. It does not come near to covering the costs facing these businesses, who are closed by order of the Government. Even with the doors closed they still have overheads, mortgage payments, rent, electricity bills, insurance bills, security and other costs.

“To put the level of aid announced in perspective, businesses in Kildare were provided with the same level of grants when they were closed for 4 weeks. It seems Government simply does not care about the future of pubs.

“The Government will argue that they also waived the licence renewal fee and court fees, but it would have been grossly unfair for them to impose those fees on hospitality businesses who are unable to trade or who are having to trade with severe restrictions imposed by the Government.

“Basically every action the Government is taking at the moment is driving the pub industry in this country into the ground. They have given the industry next to no support and possibly even worse they have also taken away all hope for the pubs still closed, the 25,000 members of staff they employ and all their families,” Mr. O’Keeffe concluded.