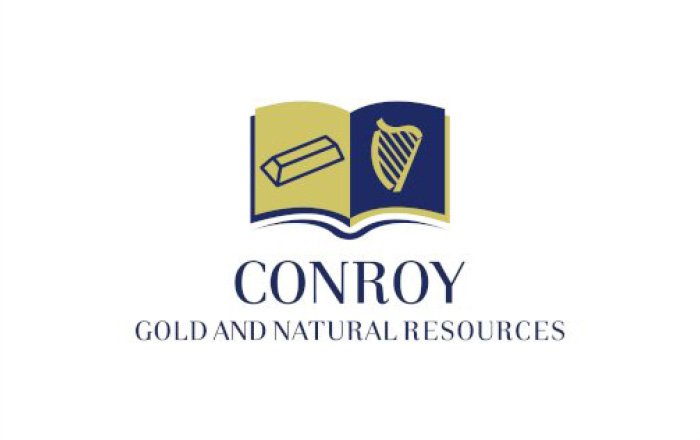 Conroy Gold and Natural Resources plc (AIM: CGNR), the exploration and development company focused on Ireland and Finland, is pleased to announce results from an infill zinc-in-soil sampling programme on the northern (Aughnagurgan) section of the extensive (20km2) zinc zone which the Company has discovered in the Longford-Down Massif in Ireland (originally announced by the Company on 4th June 2009).

Twenty-three of the sixty-five samples collected recorded values greater than 500ppm zinc over an area of c.0.8 km by c.0.9 km (68.7 Ha) at Aughnagurgan. Ten of the samples were reported as being greater than 1,000ppm zinc, with the overall range being from 74ppm to 3,700ppm zinc.

The results also indicated the presence of a range of associated elements including; lead, cadmium, manganese and nickel.

The zinc zone in the Longford-Down Massif lies to the south of the new district scale gold trend which the Company has discovered in the Massif and where, at Clontibret, the Company proposes to develop its first gold mine.

The Longford-Down Massif has an established history of base metal mining including the Antimony mines at Clontibret, where gold was first discovered, and a series of shallow lead and zinc mines which were worked in the nineteenth century forming what was known as the Armagh – Monaghan mining district.

Black shales and calcareous turbidites are associated with clastic-dominated lead-zinc ore deposits around the world and in particular a subtype known as sedimentary hosted Lead-Zinc deposits.

A follow-up drilling programme to test the target is planned.

This release has been approved by Kevin McNulty PGeo, who is a member of the Company’s technical staff and holds a BSc/MSc in Geology and Remote Sensing, in accordance with the guidance note for Mining, Oil & Gas Companies issued by the London Stock Exchange in respect of AIM Companies, which outlines standards of disclosure for mineral projects.

“The Company’s primary focus remains on the district scale gold trend which it has discovered in the Longford-Down Massif within its 800km2 licence area and on bringing in a mine at the Clontibret deposit where we have already an existing JORC compliant gold resource of 517,000 ounces.

I am particularly pleased at these highly encouraging results from the Aughnagurgan zinc target. Management has a track record of successful involvement in base metals in Ireland, its discovery and development of the Galmoy zinc orebodies leading to the revival of the Irish base metals industry and the recognition of Ireland as a world class zinc province.

The Longford – Down Massif is enriched with base metals, as well as gold, and has a significant history of mining for base metals, including Zinc, Lead, Copper and Antimony which demonstrate the size and extent of the metalliferous system in the Massif and its mining potential for both gold and base metals.

We have recently signed a letter of intent with Demir Export A.S. for a proposed joint venture on an earn-in basis over the twelve licences held by Conroy Gold in the Longford-Down Massif. Demir Export is a long established mining company with interests in iron, coal, gold and base metals, including zinc and copper, in Turkey.

Demir Export has the mining expertise and the financial resources not only to bring the Clontibret gold deposit to construction ready status and into operation as a mine, but also to advance the significant gold potential of the other licences along the gold trend to the same status and also the base metal potential of the Massif.”