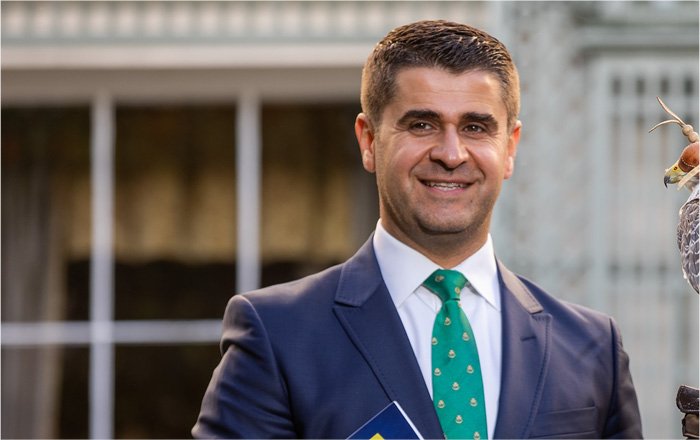 €2.4 billion worth of goods exported to the region in 2020 with Saudi Arabia and UAE accounting for almost half

Dairy, eggs, pharmaceutical and technology contributing to surge in growth

16th March 2021: Irish exports to the Arab world were up 6.4% for 2020 compared with 2019, despite the ongoing global pandemic. Exports to the region surpassed the overall Irish export market, which grew by 5.4%.

Ireland exported a total of €2.4 billion worth of merchandise products to the Arab countries in 2020, with Saudi Arabia and the United Arab Emirates accounting for almost half.

The figures were released today by the Arab Irish Chamber of Commerce and according to its CEO, Ahmad Younis, strong growth in merchandise exports to Arab countries can contribute to Ireland’s export recovery and ease the impact of Brexit.

However, a very notable rate of growth to other Arab countries, including Algeria (up 40%), Qatar (up 33%) and Jordan (up 28%) indicates significant potential for Irish companies considering their export options. There were also considerable increases in export figures to the UAE (up 18%) and Iraq (up 17%).

“As evidenced by these newly-released figures, the Arab world is proving itself an important prospect and alternative channel for Ireland’s economic recovery. Companies in Ireland whose export business has been negatively impacted by Brexit have a real opportunity here. Particularly striking are the rapid growth rates of between 30% and 40% recorded in exports to some of the larger Arab nations.”

Last year, an Arab Irish Chamber of Commerce report (Arab Irish Chamber EY-DKM report), forecast the potential growth areas. “This year’s findings are very encouraging,” Mr Younis continued. “Algeria was one country highlighted for its potential in our report, and the growth of 40% in 2020 to Algeria is very promising and shows just how much potential there is for Irish businesses to export here.”

In terms of the types of products in demand, technology is a major player, but there is also growth in more traditional sectors such as food.

“While Ireland’s high-tech exports are performing strongly, as they are all over the world, demand for Ireland’s food exports is also robust. Given the Arab world’s current population of 420 million (and growing) as well as rising incomes in the area, this is an exciting market for Irish food producers contemplating a long-term strategy in response to Brexit,” Mr Younis said.

A breakdown of trade between Ireland and its largest Arab export market, Saudi Arabia, shows the country’s huge dependence on a wide range of Irish-produced goods.  Essential oils, perfume and toiletries accounted for the plurality – just over one third – of merchandise exports last year at €233.8 million. Medicinal and pharmaceutical accounted for €164.3 million, office machines and data processing €54.1 million, and food exports, which included dairy and eggs totalled over €90 million.

In monetary terms, a total of €2.45 billion worth of merchandise was exported to the Arab States last year, an increase of €146 million on 2019. Saudi Arabia accounts for one-quarter of this (€627 million), followed by the United Arab Emirates (UAE), which accounts for a further half a billion.

“This overall upward trend is encouraging evidence in relation to another forecast made in the Arab Irish Chamber EY-DKM report to the effect that exports to the region, including the exports of traded services, will reach €12 billion by 2028,” added Mr Younis.

“I see huge potential for trade from Ireland to the Arab States and the timing has probably never been better. Irish businesses with a high-quality product or service that are willing to put in the effort to cultivate new opportunities are on a path to success in the Arab world.  Ireland is a small nation, but we already have a very positive image in the region. One of the significant contributions Ireland makes is as a food source of exceptional range and quality.”

With traditional business activities such as conferences and exhibitions remaining on pause for the next few months, Mr Younis advises that companies use this time to prepare.

“Do your research and avoid wasting time, money and effort surging ahead with a business model that is not right for you – or the market. There is a lot of help and advice available locally to business-owners looking to expand their international exporting potential. Speak to organisations like Bord Bia and the AICC. Enterprise Ireland also has specialist teams across the region to specifically support Irish firms in getting established and provides advice on the different business models that operate out there.”