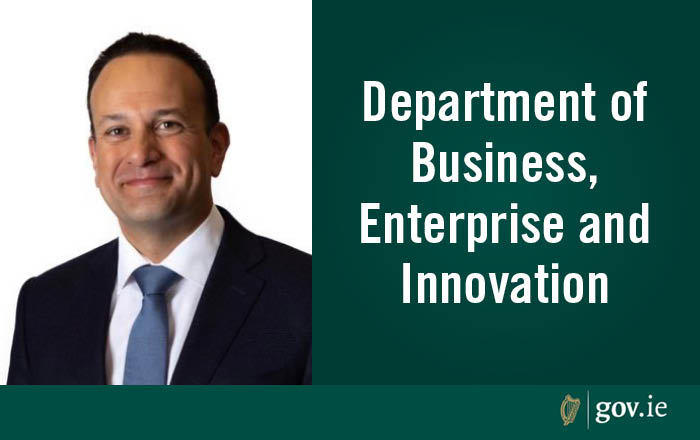 Free Trade Agreements (FTAs) with Canada, South Korea, Mexico and Japan will increase GDP and wages, especially for low-income workers, according to a major new trade study published today by the Tánaiste and Minister for Enterprise, Trade and Employment, Leo Varadkar T.D., and Minister of State with responsibility for Trade Promotion Robert Troy T.D.

“Free trade agreements are good for workers, good for business, good for producers and good for consumers. This study shows how widespread and significant the benefits are for everyone of cutting out red tape and reducing friction in trade with other countries.

“Some countries, such as Norway, Australia and the Gulf States, use their rich natural resources to create employment and fund services and a good quality of life for their citizens. Ireland, however, has very little oil, gas or mineral wealth. For us, trade is the source of our economic growth. It is what has consistently raised our living standards over decades and created hundreds of thousands of jobs for our citizens.”

Principal findings of the study:

“These findings show that the Free Trade Agreements we have reached with Canada, Korea, Mexico and Japan will increase wages, especially for low-income workers, increase Ireland’s GDP, our national income and our productivity. Consumers are also better off as increased trade provides more choice and keeps prices competitive. For business, trade deals open up new and exciting markets, make doing business easier removing bureaucracy, tariffs, quotas and regulatory barriers. This is particularly important for SMEs, given that trade barriers tend to disproportionately burden smaller firms.

“I am strongly committed to ensuring that the Government is doing everything possible to support businesses in Ireland to internationalise and diversify export markets, particularly in the context of the impacts of Brexit, to safeguard Irish jobs and investment.”

Ireland currently exports over €20bn in goods and services to the four specific FTA partners subject of this study, equivalent to almost six per cent of total Irish exports of goods and services in 2019. These markets are growing as significant export destinations for Ireland, with exports to these partners increasing by 270 per cent – almost threefold – over the last decade, over twice the rate of growth in total global Irish exports of 126 per cent in the same period.

“As a small, open economy trade and investment is crucial to our recovery and future prosperity. The more we trade, the more jobs we support and the better the living standards for all.

“The best way to grow our exports and market diversification is by improving the terms of trade for Irish firms. The report highlights the significant benefits of the respective trade agreements, and it is important that we continue to secure greater market access for our exports and reduce the costs of entering those markets as we look to trade our way to a more favourable, post-pandemic, economic position.

“I look forward to continued engagement with our dynamic Irish-based enterprises, especially SMEs, on maximising the potential of these markets and what other Free Trade Agreements offer.  Moreover, the European Commission’s “Access2Markets” portal should facilitate all companies, including our SMEs, in identifying the favourable tariff and quota arrangements that apply for their goods exports to these particular destinations.”