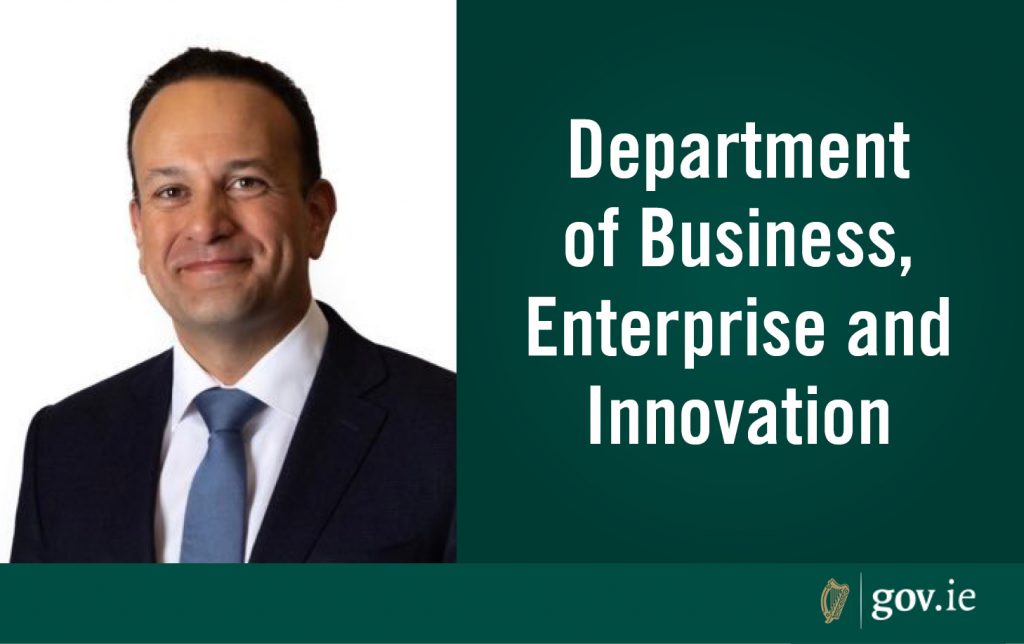 Up to €20,000 available for small business, sports clubs, community and voluntary organisations

The Tánaiste and Minister for Enterprise, Trade and Employment Leo Varadkar T.D. has today expanded the eligibility of the Humanitarian Support Scheme for flooding to include areas affected by the flooding caused by Storm Francis.

The Emergency Humanitarian Scheme provides urgent funding to small businesses, sports clubs, community and voluntary organisations who could not secure flood insurance and have premises that have been damaged by recent exceptional weather events.

“We have continued to closely monitor weather conditions nationwide but particularly in the South West region and I want to let businesses in Bantry, Bandon and other affected areas know, that the Humanitarian Support Scheme is open to them. Storm Francis has caused enormous damage, at a time when businesses are already facing unprecedented challenges and this Scheme will hopefully help eligible businesses with the costs of the damage.”

Minister of State for the OPW, Patrick O’Donovan said:

“In the past week I have met and witnessed first-hand the devastating impact of recent flooding on people and businesses in West Cork. I welcome the extension by the Tánaiste of this Humanitarian Support Scheme that provides valuable and vital assistance to affected small businesses and organisations.”

The Scheme is administered by the Irish Red Cross Society on behalf of and funded by the Department of Enterprise, Trade and Employment, as has been the case for similar weather events in the past.

Financial support is targeted at small businesses (up to 20 employees), sports clubs and community and voluntary organisations and will have two stages:

The original Scheme was announced at the beginning of this month to provide urgent funding to small businesses, community and voluntary organisations in the South West region who were affected by flooding due to heavy rainfall caused by Storm Ellen. With the continuation of the adverse weather conditions and the arrival of Storm Francis the Tánaiste, following a Government Decision, announced an immediate extension of the scheme to cover flood damage suffered up until the extended timeframe of today August 28, with the closing date for applications also extended to September 16, 2020.

Applications forms for support and further information is available on the Irish Red Cross Society website:https://www.redcross.ie