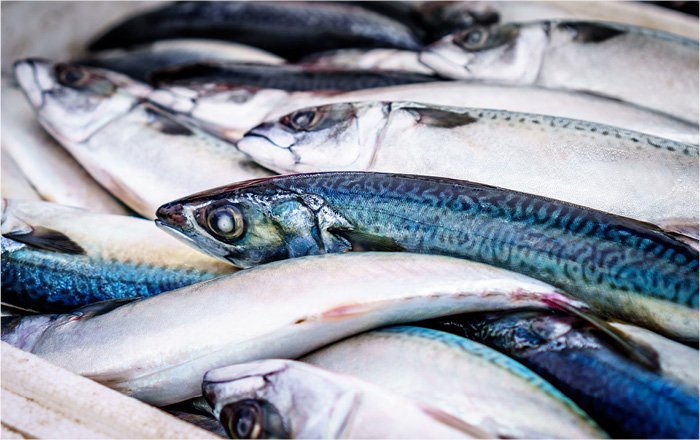 The Minister for Agriculture Food and the Marine, Charlie McConalogue T.D., today announced the establishment of a Seafood Sector Taskforce. The Taskforce is established to make recommendations to the Minister on measures to mitigate the impacts of the fish quota share reductions, arising from the EU/UK Trade & Cooperation Agreement, on the Irish Fishing industry and on the coastal communities that depend on fisheries.

Announcing the Taskforce, Minister McConalogue said, “The Trade & Cooperation Agreement between the EU and UK will see significant reductions in Ireland’s quotas for some key stocks, most notably mackerel and prawns, as part of the agreed transfer of quotas to the UK.  These quota reductions will begin in 2021 and on a phased basis will result in a loss to Ireland of stocks worth €43 million per annum by 2026 or a 15% reduction overall in Irish fish quotas.  The effects are immediate, with 60% of those reductions to take effect from April.

“The outcome of Brexit could have been much worse for the Irish Fishing industry in a no-deal scenario, with lack of access to UK waters for one third of our fish catches that occur in UK waters, or increased displacement of the Irish and other EU fleets into our waters. Nevertheless, the agreed EU/UK outcome will still have a significant impact for our fishing fleet and the coastal communities built around it.  Government is committed to providing financial supports to those most affected to help our seafood sector and coastal communities adjust to this blow.  Today, I am establishing a Seafood Sector Taskforce under the chair of Aidan Cotter, a distinguished and highly experienced figure in our food industry, to examine the impacts on our fishing fleet and coastal communities and report back to me with recommendations on how best to mitigate these.”

Minister McConalogue added, “I will also be asking the Taskforce to produce an interim report within two months, focusing on recommended arrangements for a voluntary fleet tie up scheme to temporarily counter the impact of the reduction in quotas, which will begin to occur from April. The final report, to be delivered within 4 months, will address their recommendations for a voluntary fleet decommissioning scheme to adjust and re-balance certain segments of the fleet with the reduced fishing opportunities available and any other recommended initiatives to support our seafood sector and coastal communities. The Taskforce will also consider and recommend constructive actions that would help to alleviate the inequitable relative contribution of quota share by Ireland in the EU/UK Trade and Cooperation Agreement. In producing the Interim and Final Reports, I am asking the Taskforce to take account, to the extent possible, of all available funding streams.”

The Taskforce will be chaired by Aidan Cotter, barrister and former CEO of Bord Bia.  Mr Cotter will be assisted by a steering group comprised of Margaret Daly – Deputy CEO of seafood processor Errigal Bay Ltd and Mícheal Ó Cinnéide, former Deputy CEO of the EPA and former Director in the Marine Institute and presently on the board of the Aquaculture Licensing Appeals Board.  Invitations to participate in the Taskforce have been issued to the organisations listed below.

·         Department of Public Expenditure and Reform

·         Department of Agriculture Food and the Marine

On 25 December 2020, the European Commission published a Proposal for an EU Regulation establishing a Brexit Adjustment Reserve.  The objective of the proposed BAR is to provide support to counter the adverse consequences of the withdrawal of the United Kingdom from the European Union in Member States, regions and sectors, in particular those that are worst affected by that withdrawal, and to mitigate the related impact on the economic, social and territorial cohesion. The draft Regulation is subject to negotiations in the Council and European Parliament and its provisions may change. It is proposed that the BAR would have a budget of €5.37 billion in current prices and the Commission proposal states that approximately €1 billion would be allocated to Ireland in 2021 as pre-financing to assist Ireland in funding appropriate measures in 2021 and 2022 to assist the worst affected sectors of our economy.  Any support measures for the seafood sector proposed under Ireland’s BAR allocation need to be considered at a national level in the context of competing demands from other areas of our economy that have been impacted by Brexit. Supports implemented under the BAR are subject to State Aid rules.

In December 2020, political agreement was reached in the negotiation of the new European Maritime, Fisheries & Aquaculture Fund 2021-27and it is anticipated that the EU Regulation will be enacted in April 2021. The EMFAF will provide EU co-funding to Member State operational programmes for the development of their seafood sectors.  Ireland is to be allocated €142 million and the overall size of Ireland’s new Seafood Development Programme 2021-27 will then be determined by the extent of Government co-funding.  The new programme will allow the Minister to implement various support schemes for the fisheries, aquaculture and seafood processing sectors and for coastal communities.  The new Programme will replace Ireland’s present EMFF Programme 2014-20, which has nearly exhausted its funds.