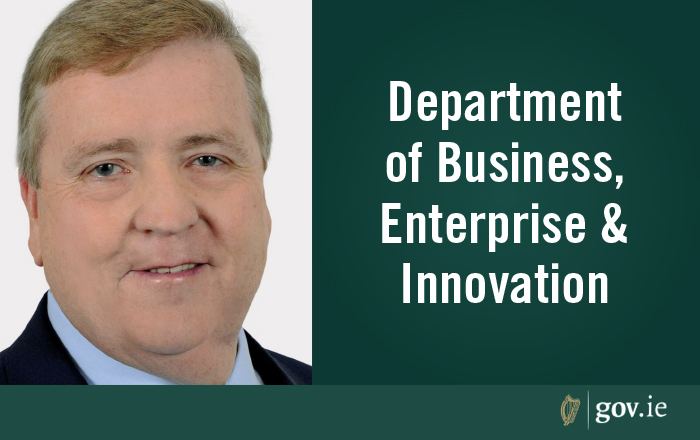 The trade mission highlights the importance of the commercial and economic relationship between Ireland and the broader Benelux region. The Netherlands is the 2nd largest export market for Enterprise Ireland supported companies in the Eurozone, making the country an ideal stepping-stone into the Eurozone against the backdrop of Brexit.

During the two-day trade mission, Minister Breen will attend a series of engagements with the Irish and Dutch construction sectors, including the Enterprise Ireland ‘Future of Construction’ seminar, bringing together Dutch and Irish industry to discuss the future of construction at the Delft University of Technology. The seminar arranged in collaboration with the Dutch construction associations: Bouwend Nederland and the Dutch Datacenter Association, will showcase Irish companies at the cutting edge of high-tech construction, including Kirby Group Engineering.

A projected volume of €20.2bn is forecast for Irish construction in 2020 and over the last 10 years, despite the global recession, the sector has delivered continuous growth in export sales year on year, growing by 12% between 2006 and 2016.

Leading Enterprise Ireland’s trade mission to the Netherlands, Minister Breen said, “Irish companies have established a worldwide reputation for the design, build and fit-out of complex data centre and pharmaceutical manufacturing construction projects and this is very much represented by the calibre of Irish companies participating in this trade mission. Ireland and the Netherlands have a strong two-way trading relationship and the trade mission aims to boost this further, particularly in the area of further collaboration in the construction sector. This trade mission provides a valuable opportunity for the participating Irish companies to present their innovative solutions to buyers and potential partners and further boost Ireland’s international reputation in high tech construction. Enterprise Ireland’s aim is to increase client exports to the Eurozone by €2bn per annum by 2020. This heightened focus is particularly important in the context of Brexit and our objective of a more diversified global footprint.”

During the trade mission, Kirby Group Engineering, a mechanical and electrical engineering contractor, will officially open a new Dutch office to serve its expanding client base in the region and to facilitate its expansion into mainland Europe. Commenting on the new office, located in Schiphol, Dave McNamara, Operations Director for Europe, said: “Opening an office in the Netherlands is a strategic move in our expansion into the Dutch market and wider mainland Europe market. Not only will it support our growth, it will also allow us to best serve our expanding client base in the region.”

Kirby Group Engineering entered the Dutch market in late 2018 and it is proving to be a successful move for the company, “Expanding our operations further into mainland Europe is a progressive step for Kirby, particularly given strong levels of investment in two of our key target sectors: data centres and life sciences,” added McNamara.

Stephen Creaner, Executive Director, Enterprise Ireland said: “Ireland’s construction industry is at the cutting edge of innovation, embracing lean principles across the entire supply chain and leading the way in mobilising a trusted and tested supply chain to project locations worldwide. This trade mission highlights the success and strong partnerships between the Irish and Dutch construction industries and the growth opportunities which exist for globally ambitious Irish companies who recognise the vast potential of this dynamic and influential market. Expanding the Irish export footprint is a key priority for Enterprise Ireland, and we are working closely with Irish enterprise to realise opportunities to support greater market diversification throughout the wider Eurozone region. The Eurozone represents an ideal opportunity for Irish companies seeking to diversify into new market and is a key focus of Enterprise Ireland’s market diversification strategy which includes the aim of increasing Irish exports to markets outside of the UK by 50% by 2020.”