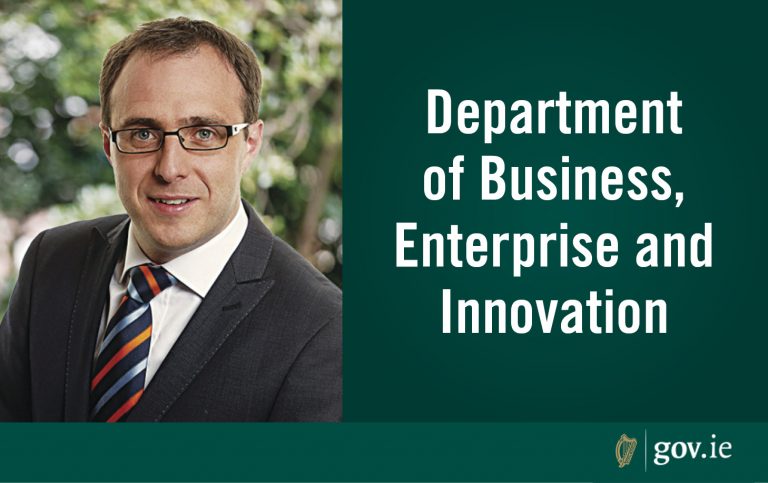 While Ireland’s current rescue framework, examinership, is internationally recognised and successful in its own right, the associated costs mean it may be beyond the reach of small and micro enterprises. The Bill ensures that these companies now have access to an alternative framework; the Small Company Administrative Rescue Process (SCARP). The administrative rescue process includes key provisions mirroring those in examinership including the repudiation of onerous contracts, application for a stay on proceedings, and cross-class cram down of debts, and encourages ongoing creditor engagement. This will therefore allow for greater efficiencies and lower comparable costs.

“Companies across our country continue to feel the impact the pandemic has had on the normal operation of business. We are all aware of the enormous pressure business owners continue to face, not only in terms of their immediate liquidity, but also the sustainability of their business into the future. This is particularly true of small and micro companies, with 78% operating in sectors which have been particularly challenged by the pandemic such as retail, hospitality and the service industry.

“All viable companies should have reasonable access to corporate rescue and I am pleased we are now in a position to progress with The Companies (Rescue Process for Small and Micro Companies) Bill. This legislation is a key part of Government’s response to the economic impact of Covid-19 and provides for a rescue framework (SCARP) aimed at small and micro companies, many of which have faced significant challenges throughout the pandemic and continue to face challenges as the economy reopens.

“SCARP incorporate key elements of the existing examinership model in an administrative context thus reducing court oversight where creditors are engaged in the process and positively disposed to a rescue plan. While court involvement is limited, I am conscious the issue of corporate rescue extends far beyond the distressed company itself, therefore the process incorporates robust safeguards and allows for access to the courts at appropriate junctures. I believe it balances the needs of all stakeholders affected by corporate rescue. For example, the Bill provides that state creditors will operate on an “opt-out basis” on prescribed grounds such as if the company has a poor history of tax compliance. This should provide comfort to business that the State will not remove itself from the process for arbitrary reasons.

“Small and micro companies’ contribution to our economy cannot be understated. They represent the majority of companies in Ireland and employ in the region of 788,000 workers. The sector will be key to our country’s economic recovery. Delivering this Bill is reflective of this Government’s continued commitment to our small company sector and the jobs it supports.

“Given the priority to have this process in place as the economy reopens, Government fast tracked this legislation. It has already received broad support in principle from stakeholders, and also, it must be recognised from members across the Oireachtas. Government will continue to prioritise this important legislation and I hope that it can be enacted quickly so companies which are fundamentally viable, but experiencing temporary difficulties, have a genuine opportunity to trade out of difficulties and get back on their feet.”

As part of the Government’s medium-term stabilisation response to the economic challenges of the pandemic, and in keeping with commitments contained in the Programme for Government, the Companies (Rescue Process for Small and Micro Companies) Bill 2021 provides for a stand-alone rescue framework for small and micro companies. It is recognised that Ireland’s existing framework, examinership, while internationally recognised and successful in its own right, may be beyond the reach of small companies due to the associated costs. In this regard, the Tánaiste wrote to the Company Law Review Group (CLRG ) requesting it to examine the issue of rescue for small companies and make recommendations as to how such a process might be designed. The General Scheme of the Bill emanates from the CLRG’s subsequent recommendations. Since Government approval of the General Scheme an intensive drafting process was carried out resulting in a Bill capable of enactment in the near future.

SCARP seeks to mirror key elements of examinership in an administrative context thereby reducing court oversight resulting in efficiencies and lower comparable costs. It has limited court involvement where creditors are engaged in the process and positively disposed to a rescue plan.

Features of the Bill

The main provisions of the Bill can be broadly summarised as follows:

SCARP also incorporates sufficient safeguards for the protection of creditors: