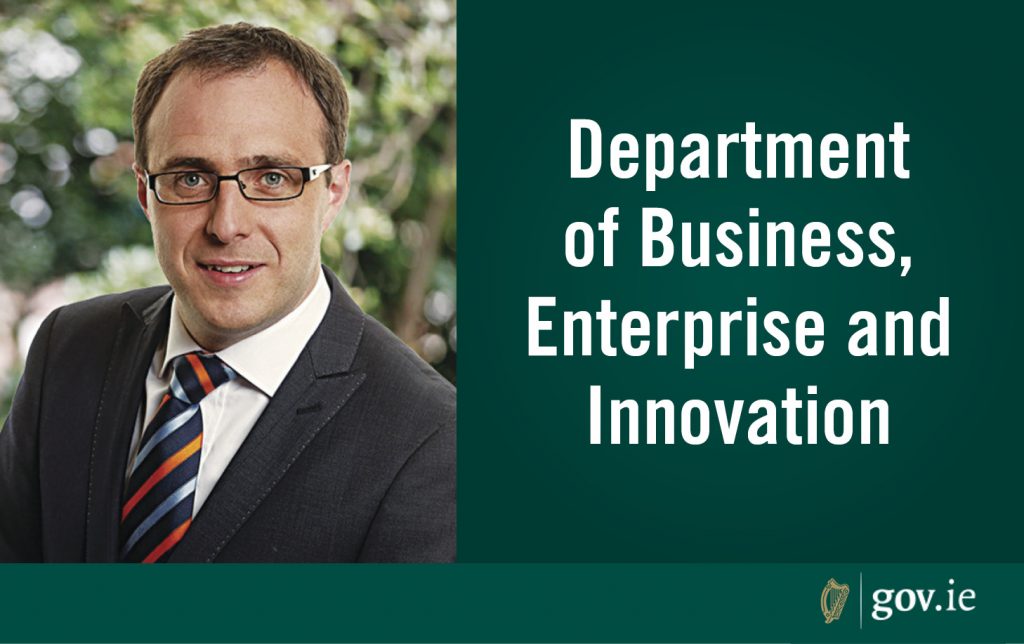 30th July 2020 Today the Companies (Miscellaneous Provisions) (Covid-19) Bill 2020 was passed by the Dáil. The Bill makes temporary amendments to the Companies Act 2014 and the Industrial and Provident Societies Acts 1893 – 2018 to address issues arising as a result of Covid-19. The Bill will ensure that 240,000 companies and 950 industrial and provident societies in Ireland will be able to hold their Annual General Meetings (AGMs) and general meetings by electronic means. It also makes provision in respect of business solvency by increasing the period of examinership to 150 days and increasing the threshold at which a company is deemed unable to pay its debts to €50,000. These important amendments will provide additional breathing space to struggling businesses and complements the extensive supports provided in the July stimulus package.

“The Companies (Miscellaneous Provisions) (Covid-19) Bill is an important first phase of work in the area of company law to address real practical issues facing business in terms of compliance and pressures on solvency.

It ensures that businesses can hold their Annual General Meetings and general meetings by electronic means. AGMs are an important forum for members to approve the accounts, appoint auditors and hold the directors accountable for the affairs of the companies and co-operatives. In addition, general meetings need to be held if a company or co-operative is commencing a range of activities, for example a merger or members’ voluntary winding up. It is a welcome development that these activities can now be facilitated electronically and held in compliance with public health guidance on social distancing and travel restrictions.

Significantly the legislation also makes amendments in respect of insolvency. It increases the threshold at which a company is deemed unable to pay its debts and can be wound up by the courts. There are shops, cafés and hairdressers across Ireland struggling right now, this change will mean that these businesses will not be wound up for relatively small debts of €10,000. It further demonstrates the Government’s commitment to backing business, supporting economic recovery and making sure as many people as possible have jobs to go back to.

The Bill also provides for an additional 50 days in the examinership process, bringing it to a total of 150 days. We want to ensure that viable companies and co-operatives have sufficient breathing space to restructure and trade through the crisis. I think this amendment gives that.

Importantly, the amendments are temporary in nature and only operational for the duration of the interim period, initially until 31 December 2020, with the option for extension by Government order should it be considered necessary. This gives us the flexibility we need to deal with the evolving nature of the crisis while also guarding against any unintended consequences.

The interim period will serve as a trial run for the more practical amendments contained in the Bill, like the ability to hold meetings electronically. This will allow us to consult with stakeholders on what is working and what is not and ensure that when we are in a position to amend the Act permanently it will be with the benefit of this experience.”

Amendments to the Companies Act 2014

From the onset of the COVID-19 business closures, the Department of Business, Enterprise and Innovation has led on proposed amendments to the Companies Act 2014, intended to support companies mitigate the impact that COVID-19 continues to have on the normal operation of business. This included a significant number of representations and extensive engagement with the Company Law Review Group, a statutory advisory body charged with advising the Minister for Business, Enterprise and Innovation on all matters pertaining to company law. Membership of the CLRG is broad and representative of key stakeholders in company law including: the Irish Congress of Trade Unions, the Irish SME Association, the Office of the Director of Corporate Enforcement, the Revenue Commissioners, the Attorney General’s Office, the Law Society, the Irish Business and Employers’ Confederation, insolvency practitioners, legal practitioners and academics.

The Bill amends the Companies Act to address both operational issues arising under the Act, along with insolvency measures considered necessary to alleviate pressure on company liquidity with a view to protecting viable businesses and preserving employment. The amendments will apply for an interim period, initially up to 31st December 2020 with a possibility for extension by way of Government order.

Amendments to the Industrial and Provident Societies Act 1893

In parallel, the Department engaged with the co-operative movement regarding difficulties facing co-operatives in holding annual general meetings (AGMs) and general meetings in circumstances where public gathering and physical proximity are restricted as a result of the Covid-19 pandemic.

In an effort to identify feasible solutions to both sets of issues, the general approach in relation to the proposed amendments applying to companies was followed closely and adapted where necessary to reflect the unique requirements of co-operatives. The amendments proposed for the Companies Act in relation to examinership will automatically apply to Industrial and Provident Societies.

Features of the Bill

The main provisions of the Bill can be broadly summarised as follows, to:

The main provisions in relation to co-operatives include, to:

As a result of previous amendments to the Industrial and Provident Societies Acts in 1978 and 2014, the company law proposals on examinership and creditors meetings automatically apply to co-operatives.