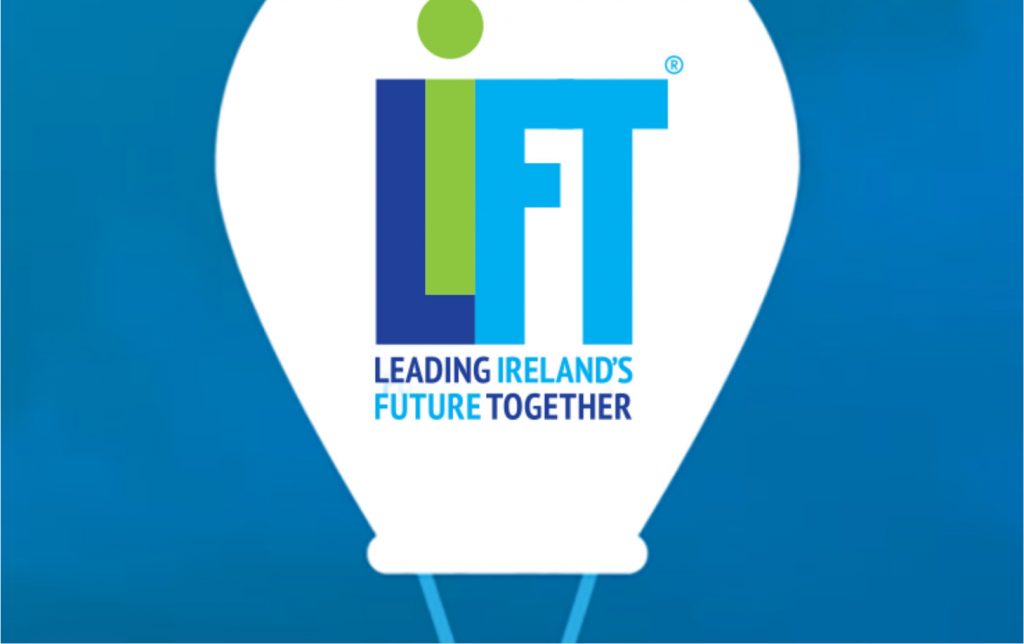 Eleven winners, from bankers to transition year students, have been announced at a prestigious new leadership awards initiative from LIFT Ireland. The winners were announced at an online awards ceremony last night (15.10.20).

LIFT Ireland is a not-for-profit organisation that works to build positive leadership skills in communities across Ireland. It created the awards initiative to recognise strong leadership at all levels of Irish society from grassroots organisations to corporate boardrooms.

The winners were selected from a shortlist of 40 nominees who have participated in LIFT Ireland’s programme over the past 12 months, which were in turn selected from hundreds of nominations.

The 11 award winners range from bank directors to transition year students and entrepreneurs to engineers, and include employees from the likes of ESB, Bank of Ireland and Rowing Ireland.

There are 11 award categories in the new scheme: one for each of the 10 core leaderships skills included in the LIFT programme, and one overall winner of the ‘Dominick Lewis Excellence in Leadership Award’.

The winner of the overall award for 2020 was announced as Mike O’Byrne, Principal of Confey College, Leixlip, Co. Kildare.

The other 10 award category winners were:

Commenting today (16.10.20) Joanne Hession, Founder of LIFT Ireland, said: “2020 has been a year in which we have seen great leadership in the face of unprecedented challenges confronting us on a national, community and individual level. Each of the winners announced last night represent the very best of that leadership.

“The winners represent the variety of contexts in which each of us lead. We tend to think of leaders as being people in positions of power. But we are all leaders – in our own families; in our workplaces; in our communities. At LIFT, we consider leadership a trait that can be developed, lived and emulated – from the kitchen table to the boardroom.

“I would like to congratulate each of the awardees on their achievement, as the calibre of nominations was incredibly high. The only challenge the judging panel faced was selecting just one winner for each category. Reading the vast amount of nominations was a very affirming experience – we have great leadership in this country.

“When we launched LIFT Ireland in May 2018 we promised to recognise and celebrate great leadership and this has definitely been achieved through these awards. LIFT Ireland will continue to increase awareness of what makes great leadership and facilitate people from the kitchen table to the boardroom to develop as leaders in their lives, communities and Ireland as a whole.”

At the awards, 46 organisations involved in rolling out the LIFT leadership development programme in their workplace were recognised with a ‘Living LIFT 2020’ quality mark. This mark has been created to recognise organisations working to raise the standards of leadership in Ireland.

The full list of ‘Living Lift 2020’ organisations can be viewed here.