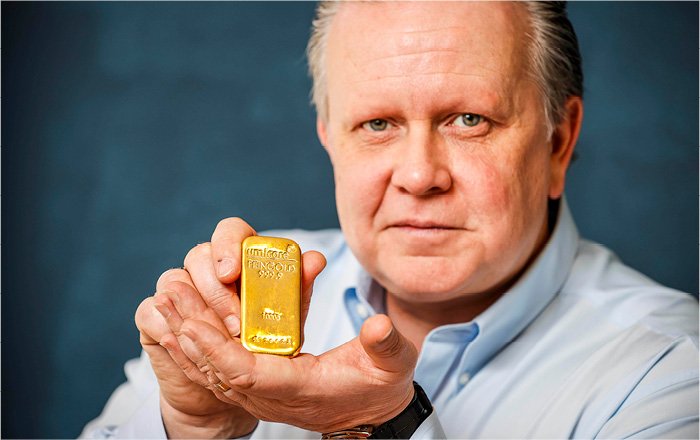 An Irish company has launched the country’s first service to allow customers to turn bitcoin into physical gold bullion.

Core Bullion Traders has unveiled a cryptocurrency payments service to allow customers to convert their recent digital gains into something physical.

Launched in partnership with Coinify, customers can now purchase gold using a wide range of cryptocurrencies on the Core Bullion Traders site.

“Anyone who has bought crypto in the last few months has witnessed some steep rises, coupled with intermittent sharp falls and more people now want to bank their gains,” said Head of Trading Nigel Doolin.

“We launched the service this week, and we already have one client who is putting seven figures of cryptocurrency into gold.

The service has been launched with an eye to a new younger and savvy generation who are increasingly looking for a safe haven, and are purchasing more frequently, according to Mr Doolin.

With holiday, car and house purchasing all in a state of suspension, there has been an upswing in gold buying among those whose incomes have not been affected by the current situation.

The new gold purchaser is likely to be in their early to mid 30s, probably working in tech, and not yet a homeowner.

“I would say that 30% of our business now comes from small investors in that profile. I have been in the business for almost a decade, and this is a new cohort emerging.

“I have noticed where a lot of people would previously spend €30,000 once a year, I am now getting people coming in regularly with €6,000 on a more piecemeal basis – slowly building up their funds four or five times a year.

“Where the new service comes in is that a lot of people are now in crypto but few have an exit strategy to bank and secure their gains – in fact, most people don’t know how to liquidate cryptocurrency.

“The oldest rule in the book is to diversify your portfolio, and our move has made it easy for people to liquidate and move into an asset class that should continue to perform strongly.

“Gold is where it was 12 months month again, but within that space it went up 35% and finished the year 25% ahead – so in any fluctuating market gold has historically been a good long-term bet.

“Gold is about security in uncertain times – if you are getting into it for the first time, look at the steady rise over the past 20 years.

“The true economic effect of this last year has not been in any way felt at this stage. When that hits, that’s when people flock to gold.”