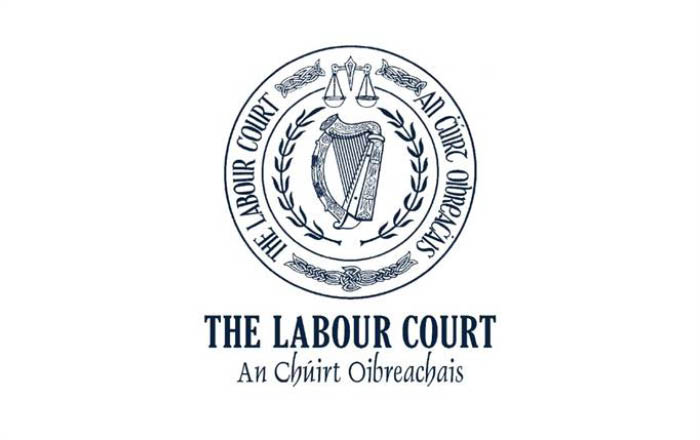 The Labour Court today published its Annual Report for 2019 and announced that it has been hearing appeals and referrals to the Court in virtual Court-rooms since the start of June 2020.

The Court received 1,182 appeals and referrals under the various statutes within its jurisdiction in 2019 – a small increase in overall referrals compared to 2018.

The Court expects similar volumes of referrals and appeals in 2020 and has noted that the rate of appeal and referral has not decreased significantly throughout the current crisis. The Court’s capacity to convene hearings in a physical Court-room is severely curtailed in the current health crisis and for that reason the Court has, from a standing start, rapidly created the capacity to fairly hear cases in a technology based virtual Court-room.

“The critical issue for the Court in making arrangements for the hearing of disputes in the current situation has been to ensure fairness and correctness of procedure so that all users can make their case to the Court and respond to any case made against them. We are satisfied that the virtual Court-rooms we have created meet that standard” said Kevin Foley, Chairman of the Court. “We expect that for the medium term, Court hearings will be delivered using a combination of physical Court-rooms and virtual Court-rooms.”

The Chairman thanked the Trade Unions, Employer representative bodies and members of the legal profession who helped the Court to create virtual Court-rooms for the hearing of appeals and dispute referrals which came into operation on 2nd June 2020.

Mr. Foley announced that a limited number of Court rooms in the Court’s Lansdowne House building will return to operational use in July 2020. He confirmed that priority in the limited physical Court-room space which will become available will be afforded to appeals and referrals judged by the Court, most often in consultation with the parties, not to be suitable for hearing in a virtual Court-room.

“The Court is anxious to restore a capacity, however limited, to hear appeals in a physical Court-room as soon as possible” said Mr. Foley “and to that end we are working extremely hard to deliver best practice compliance with Return to Work Safely protocols.”

There was, according to the CSO, a total of nine industrial disputes in progress in the economy in 2019, involving 42,656 workers. The Chairman noted this relatively low level of dispute activity and said

“This low level of trade dispute activity confirms the effectiveness of our voluntarist workplace dispute resolution framework which commences with direct engagement in the workplace and is completed by the Labour Court.”

The Annual Report details a number of innovations delivered in 2019, including a new website (www.labourcourt.ie) and an enhanced decisions database accessible through that website. In addition, the Court initiated a Business Process Review (BPR) during the year which was completed in 2020 and which is focused on enhancing administrative and operational effectiveness to deliver better public service.

Other activities during 2019 included the making of a Recommendation to the Minister of State for Trade, Employment, Business, EU Digital Single Market and Data Protection for the establishment of a Joint Labour Committee (JLC) for the English Language Schools Sector. The Minister subsequently made an order in December 2019 which created that JLC. The JLC, which is comprised of employer and worker representatives, has the legal capacity to recommend minimum rates of remuneration and other conditions of employment for academic, administrative, maintenance, cleaning and security staff in English Language Schools.