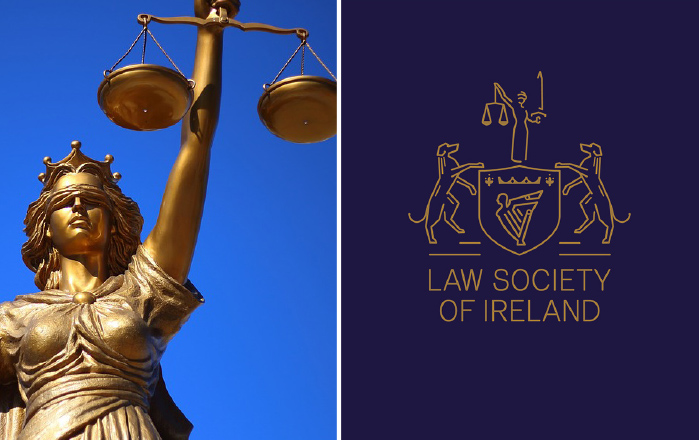 Sligo Solicitor Michele O’Boyle has begun her term as President of the Law Society of Ireland for the year 2019/20 with effect from Friday 8 November 2019.

Ms O’Boyle will serve a one-year term as President of the 20,500 strong solicitors’ profession until November 2020. Ms O’Boyle will continue with the work of her predecessors and will focus on strengthening and supporting smaller practices and sole practitioners. In addition, Michele has highlighted Brexit opportunities and Women in Leadership as her other leading priorities for the next 12 months.

Commenting on her appointment, Ms O’Boyle said, “It is an honour and a privilege to be appointed President of the Law Society for 2019/2020. It is an exciting time in the profession with a record number of solicitors on the Irish Roll.”

“Leadership is about privilege, and privilege brings great responsibility. I do not underestimate the responsibility of the position I now hold. I look forward to navigating the imminent changes and challenges that cross my path as skilfully and as practically as possible.

“My objective at the end of my term is that I will have made a meaningful, positive difference at the helm to the shape of our profession both nationally and internationally.”

“I come from a two solicitor practice and during my year in office I will be focusing on strengthening and supporting smaller practices and sole practitioners,” she said.

Brexit and Women in Leadership

“Another significant area I will be focusing on this year is Brexit. I am a member of the Brexit Legal Services Implementation Group which is a joint initiative of the Law Society and the Bar of Ireland. Through this group, we aim to position Ireland as a leading centre of international legal services,” she said.

“While Brexit has proven increasingly complicated, there is an opportunity for Ireland, and for solicitors, to position our legal services at the fore. After Brexit, Ireland will be the only English-speaking common law jurisdiction in the EU,” she explained.

“So much great work has been done over the past couple of years, within the Society and the profession, on the important issue of equality. A key priority for me over the coming year is promoting women in leadership throughout the profession.”

“It is particularly significant that my appointment is in the centenary year of women being permitted to enter the profession and in the year where over 51% of the profession are female.”

Michele O’Boyle is a native of Sligo and is the daughter of the late Harry and Nano O’Boyle. The youngest of a family of three, she practices with her sister Dervilla. Her main area of work within the practice is litigation, employment law and family law.

Ms O’Boyle was educated in the Ursuline College, Sligo. After spending a year in school in France, she studied at the National University of Ireland Galway. She then studied at the Law Society of Ireland Dublin, and qualified as a solicitor in 1992.

She started her legal career at the Sligo law firm Horan Monahan and set up her own legal practice with her sister Dervilla just one year after qualifying as a solicitor.