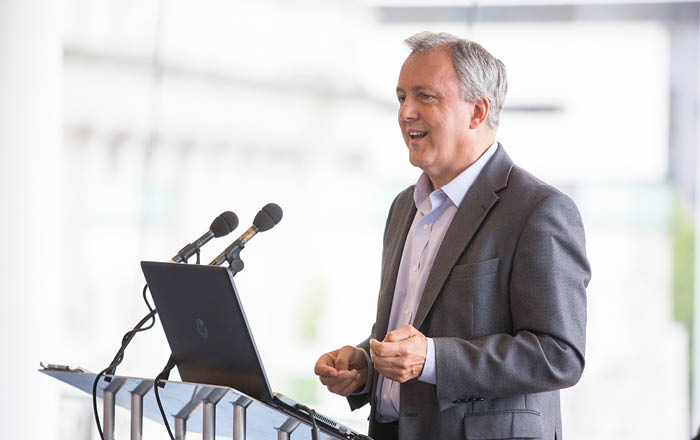 Investment in Northern Ireland tech companies increased by over 50% last year, with both the number of deals and average value of each investment rising, according to new data published by Catalyst.

The third annual NI Deal Tracker report showed that in 2019 £44.3m in new share capital was invested as part of 61 deals in 55 locally based tech companies, a 54% increase in the value of transactions completed in the previous year.

The average amount invested in each deal was £726,000, an increase of more than £161,000 on the average funding level in 2018 and almost £19m of the total investment figure came from investors outside of Northern Ireland. There were no single investments above £5m.

The report estimated that deals involving Northern Ireland companies represented 7% of all venture capital activity on the island of Ireland in 2019, up from 5% the year before.

Despite the positive growth, Catalyst said it will be much more difficult to sustain this investment level in 2020 as the full economic effect of Covid-19 becomes apparent.

The report notes that according to Beauhurst, UK equity investment between March and June 2020 was down 46% on the same time last year, although this mostly reflects lower deal flow in later stage companies. Seed investment, the level of funding most NI tech companies are looking to attract, has fallen only 7% in the same period.

Catalyst also points out that despite the uncertainty, significant funding rounds have been closed by a number of NI-based companies during lockdown, including Re-Vana Therapeutics, Sonrai Analytics and Overwatch.

Alan Watts, Director of Funding at Catalyst said: ‘While the 2019 NI Deal Tracker figures show a great increase to £44m of tech investing, the really encouraging story comes when you dig into the report detail. The rise from six to 16 companies receiving investment in the £1m-5m range is an indicator of the wave of growing tech companies marching forward.

“This momentum will, despite the undoubted difficulties of 2020, translate into larger companies and more NI jobs. We are confident that investment in exciting NI tech companies will continue through the rest of 2020, though we have to expect that it will likely be at a slower rate than in 2019.”

Among the companies highlighted in the report as having secured significant funding in 2019 were Axial 3D, which offers a range of 3D printing solutions for healthcare institutions. Its $3m funding round was led by London-based Imprimatur Capital Fund Management, along with participation from angel investors and existing investors Clarendon Fund Managers, Innovation Ulster Ltd and Techstart Ventures.

Commenting on what the funding means for the future of the company, Roger Johnston, CEO of Axial3D said: ‘We used our seed investment both to accelerate our software development and to put in place our first small team in the US. The success over these last months, despite Covid-19, has been amazing, so we are now in the process of completing the first tranche of a £7.5m total round, to allow us to really start to take advantage of the scaling opportunity in the US market.”

Among the report’s other findings was that investment in tech companies with at least one female founder or leader continued to be low. Out of the 55 companies to receive investment, only six (11%) were female led/founded.

The full NI Deal Tracker report and a webinar on its findings can be found here.