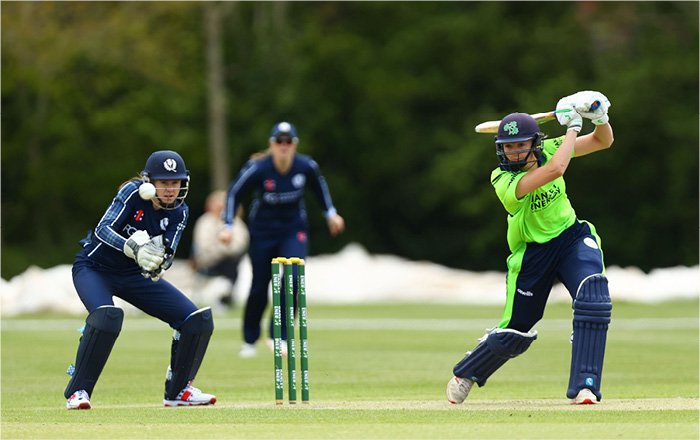 DUBLIN – 476,000 views of the livestream coverage of last week’s Ireland Women v Scotland Women T20I series is just one measure of the growth of interest in women’s cricket across Ireland, says Cricket Ireland CEO Warren Deutrom – but the aim is to turn these viewers into participants over coming years.

The series featured four T20 Internationals played at Stormont, with a full-commentary, multi-camera livestream service. These were also the first international matches for the Ireland Women’s cricket team in 625 days, and the first Irish international women’s matches at Stormont in 24 years.

Cricket Ireland looked to further mark this return by releasing its first-ever ‘Women & Girl’s Cricket Action Plan’ on the eve of the series. The Action Plan outlines a range of priority projects over the next three years that aim to increase participation, build sustainable structures to support the women’s game, and grow the profile and awareness of the sport.

And the livestream results, says Deutrom, feed into fulfilling the latter of these three aims. He said:

“As part of our work in raising the profile of women’s cricket, we have set out an ambitious livestream programme which will cover home internationals and the women’s domestic Super Series. The intention is based around the excellent catchphrase: “If you can’t see it, you can’t be it”. We wanted to make our games as accessible to as many people as we could, particularly for women and young girls who already play or have an interest in learning more about our sport. The fact that there have been restrictions on spectators at sporting events over the last year only added to the importance of this project.”

“While we believe in the quality and skill of our players, what we have been pleasantly surprised by is the response – over 700,000 views have been logged across our women’s international and Super Series matches so far this season. We have received messages of appreciation from the US, Australia, many Asian nations, as well as from many people across Ireland and the UK who are enjoying the opportunity to see Irish women’s cricket at its best.”

“We believe that the value of investing in providing this service will help build that momentum in growing participation at the grassroots levels of our game. The livestream alone won’t achieve this, but in conjunction with the national programmes we are rolling out under the Action Plan, and the great work already being done by our provincial unions and clubs, we are starting to put sustainable structures in place to grow the game.”

“We have been very fortunate to have a production partner in HBV Studios who have aligned interests. The full livestream programme we have been implementing – which includes men’s and women’s matches – has logged over 2.7 million views this season so far. It’s been a great start, but we recognise there is much more to do in growing the game across Ireland. However, with our new Cricket Ireland Strategic Plan, and the companion Women & Girls’ Cricket Action Plan, we know we have a direction of travel mapped out as we strive to make this a ‘Cricket Island’ once more.”