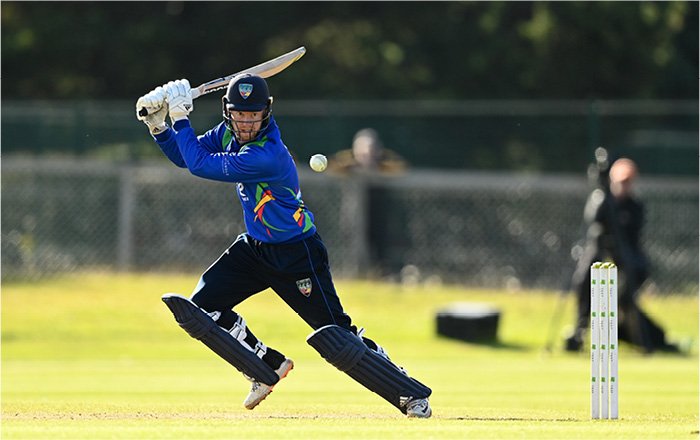 DUBLIN – The four core squads have been selected for the men’s Inter-Provincial Series 2021, with training set to begin in March (Covid-19 restrictions permitting).

As part of last week’s announcement on Inter-Provincial Series improvements for the new season, it was announced that both the 50-over and T20 competitions would now consist of four teams – Leinster Lightning, Munster Reds, North West Warriors and Northern Knights.

As part of this move, and to seek a best v best outcome that will raise the quality and competitiveness of the competition, the squad selection process for the four teams has been changed.

Under the approved changes:

“Looking back on 2020, we were delighted to get back out and play some cricket – and it was pleasing that when we did that we played some really positive cricket. Obviously, the end result was trophies, but to me the process is as big a part of it, and the boys stuck to the task and threw themselves into that.”

“We had some opportunity – with Bal [Andrew Balbirnie] and Gaz [Gareth Delany] being out playing in England, and Barry [McCarthy] being injured – to look at a couple of others who came into the team, and they did well. Getting Tim Tector around the squad and learning was pleasing, as was giving some game time to Rory Anders, and getting opportunity for Stephen Doheny too – we can all see the quality in him.”

“The Lightning group is very excited about the season ahead and, with the announcement of these squads, we can now look to push forward again with some fresh challenges. While trophies are certainly on the agenda again, it’s much bigger than that – it’s about the process, and developing our players to get better and giving them the opportunity to go on and press for higher honours.”

“The squad I have looks very much like a Leinster Lightning side, full of quality and experienced players, but also some exciting young players in there too. We have Tim Tector, JJ Garth and Rory Anders in there, and it provides a great opportunity for those guys to learn more and push their games forward. Together with the more household names in the squad, it will be important that we hit the ground running when we get the opportunity to get back to cricket, which will hopefully be sooner rather than later.”

“For the Leinster players on the move, it’s a great opportunity for them to showcase their skills and ability at inter-provincial level. It’s always a little bittersweet as a Leinster Lightning group to not have those players in and around your system, and to be able to work day-in, day-out with them, but again – looking at the big picture – it’s important we give those guys opportunity and exposure at this level that they may not get in their home Union.”

“But credit to Cricket Leinster, and the pathway we have in place, for being able to produce the number and quality of cricketers that we have. It’s a credit to our system that so many players spread across the competition are from Leinster, which is brilliant for the competition and those guys particularly.”

“To be frank, I have to say I couldn’t wait for last Inter-Pro season to be finished. Due to a bad run of weather the Reds only played two games – we never really got started in either, and they seemed to be over before they even got going, which can be the nature of T20 matches at times.”

“While we haven’t been able to do any physical training during the off-season due to lockdown, we’re very much looking forward to having the new training hubs up and running, and I imagine we’ll have plenty of contact time during our first season together as a largely new squad.”

“The hope with the new set-up is that we’ll see a lot more competitive matches, which is what the players, coaches, selectors – and indeed, fans – need. To be sharp and to improve their games, the players need to experience more pressurised environments come game time and the new squads will help in that regard. There will be more responsibility on some players due to certain roles that they will be asked to play, and also when it comes to the leadership side of things.”

“The new emerging competition will certainly offer the local Munster guys a shop window in which to stake a claim for places, and from a Munster perspective, that’s key for us and our own development. Also, for some of our younger lads, and the lads who are new enough to inter-pro cricket, to get the chance to play with some of the senior Ireland guys would be invaluable from an experience, and this can only help in any number of ways.”

“We’re looking forward to the new season, and I’ve no doubt the lads will all be eager for the challenge of being part of a brand new Munster side. I think if we can get ourselves into positions where we can win games as much as possible then that would be a great start. Obviously, it’s hard to convert those opportunities every time, but to be in those positions regularly would be a great indicator of how we’re performing.”

“Last season was very frustrating for the Warriors, however, we were very thankful that we at least had the opportunity to get some cricket played, and appreciated the efforts made by everyone involved in making that happen.”

“While results on the field were largely disappointing, the fact that we had so many young players gaining more experience playing at this level can be seen as a positive. At times we saw glimpses of the potential of the likes of Conor Olphert, Will Smale and Nathan Maguire. Likewise, the stock of Graham Hume continues to rise and his form quite rightly saw him gain national recognition with selection for the Wolves tour to Bangladesh.”

“Unfortunately, the Covid-19 restrictions over the off-season have meant I’ve had little or no opportunity to work with the majority of the squad, but we’ve maintained regular contact with the centrally-contracted players and those others who were involved in the extended Wolves training squad to help them all prepare for their respective tours in early 2021.”

“In 2021, the core of our squad remains consistent with last year, which fortunately allows us to build on the hard work we’ve put in. I’ve no doubt that the new faces will add huge value to the squad, having worked with both of them previously in the Cricket Ireland pathway programmes. I’m also a firm believer that you can’t afford to stand still and rest on your laurels, so any opportunity to introduce new ideas or initiatives has to be a given.”

“Looking to the season ahead, while playing more than 50% of our games would be great step up from last year, success for me as a coach is never about win or lose. I get a great deal of satisfaction from the success of my players. So seeing them improve, develop and – most importantly – enjoy their cricket is integral to my definition of success.”

“After the T20 title win in 2019, our hopes were to kick on in 2020 – however, with the 2020 campaign, I don’t think we played very well to be honest. We all know as a group that we didn’t do what we are capable of, and that was disappointing. I include myself as the coach in that – I think I could have been a lot better. Of course, we could point to the unique challenges of Covid, and the fact we were never able to train as a full squad, but despite all that, the guys know when we got out onto the pitch we didn’t play as well as they can. I’m looking forward to seeing them correcting that this year.”

“Unfortunately, Knights-wise, we’ve had no opportunity to train together during the off-season. Only the Irish senior and Wolves players have been allowed any indoor training – and they’ve been training very hard and are looking in great shape. However, a large number of our Knights haven’t done anything at all since last summer, so we just have to make sure that when we can get back training again we make the most of our time.”

“With regards to the new selection process, while players come and go naturally in most teams, we have kept the majority of our core players so we are pleased with that. We have in place a very strong leadership group of experienced players, so I know they will make it very easy for the new faces to fit in and feel at home. As a coach, it’s my job make sure I get those new players adapted quickly to how we want to play, and hopefully let them express themselves out on the field.”

“With regards to Paul Stirling, when you have someone that good in your team you just let them go. When he came in last year, the only thing I asked him to do when he was with us was to have fun and just play. He naturally is brilliant with the other squad members in sharing his time and knowledge, so that part takes care of itself. My job as his coach is simple and to make sure he’s relaxed and enjoying himself.”

“Looking ahead to the 2021 season success to me would be the same as every year on the player front – I would love to see a large number of the Knights have really good Inter-Pro seasons and force their way into the Wolves and senior Irish side. That’s what the Inter-pros is about at the end of the day. Team-wise, we got a taste of success in 2019, so we would obviously love to take home another trophy as it would show the improvements I feel the squad has been making.”