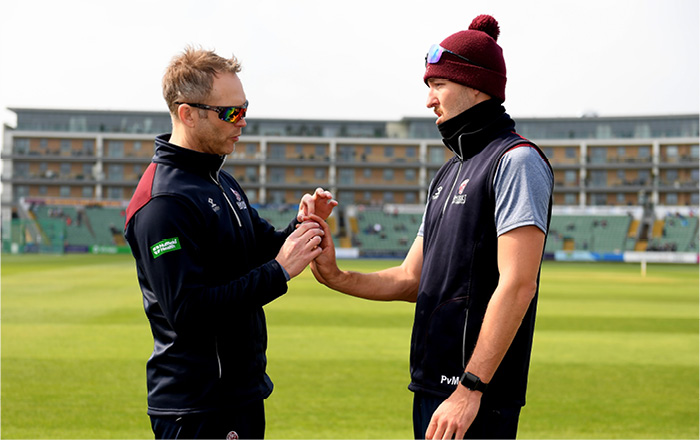 An initial three-year contract has been awarded, which will see Barnes in place until the end of the current World Cup cycle. He departs Somerset County Cricket Club and joins Head Coach Graham Ford in what may potentially be the busiest period ever for Ireland Men, given the bilateral fixtures to be played across three formats and the chance to compete in three World Cup events.

Barnes supported Ireland Men during their recent series against England in mid-2020 in a similar role that which he will now take up full time in December.

Speaking ahead of his move to Ireland, Barnes said:

“It was a great experience to link up with Graham Ford and the Ireland team for the recent ODI series against England at the Ageas Bowl. I loved the challenge of the international game and adding value wherever I could. The opportunity to continue this on a full time basis for the next three years is incredibly exciting and I’m delighted to now be part of the team.”

“My time at Somerset has been shorter than I expected but I’m honoured to have been part of creating a bit of history and I have incredible memories and friendships that I will take with me. I can’t thank Andy Hurry, Jason Kerr, the coaching staff and the squad enough and I wish them all the very best moving forwards.”

“We have been extremely impressed with Stuart’s exceptional technical and tactical knowledge of bowling, outstanding communication skills and relentless work ethic, although this came as no surprise to us given his great experience and our own knowledge of him.”

“Stuart worked with Graham Ford at Surrey CCC for 6 years. They work extremely well together and their skills complement each other, and I have no doubt their relationship will rekindle now both are working with our international team. I also worked with Stuart for 4 years as part of Gloucestershire’s talent pathway, so know full well what he will bring to the table.”

“Part of Stuart’s role will be to create a succession plan of bowlers – both spin and fast – to support the men’s national team in years to come. We are also keen for him to work with the senior women’s bowling unit when time permits, and he will assist Ed Joyce where he can to progress their skills.”

“He will commence work with the senior men’s team in December.”