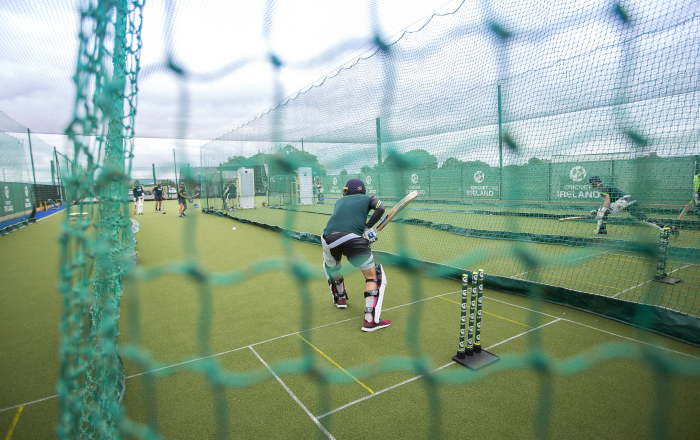 Cricket Ireland is pleased to announce that the Cricket Ireland High Performance Centre has won a merit award in the Sportsground category as part of the Association of Landscape Contractors in Ireland Awards.

The Cricket Ireland High Performance Centre is a world-class high performance training facility at the Sport Ireland National Sports Campus in west Dublin. Stage One of the facility was opened in August 2018 and has become the hub for training of Ireland’s international senior and underage teams, both men and women, in the Republic.

“We’re delighted with this recognition – it not only acknowledges the quality of the facility, but also provides validation for the original design we had envisioned. I know the players have enjoyed training here, and will be keen to get back into training as soon as conditions permit.”

“What we have, though, is just Stage One of a bigger facility, and while the first stage has proved very popular with players, we need to continue its development to deliver what we need in Ireland. Our aspirations for Stage Two include a covered component to the facility to make it truly all-weather, and some associated amenities and changing rooms for users. We are currently seeking funding partners or sponsors to help us extend this now award-winning facility.”

“To create Stage One of the facility we brought together some highly supportive funding partners who believe that our sport requires substantive investment in its facilities. We would like to thank Mr Denis O’Brien, the International Cricket Council, and the Irish Government and Sport Ireland for their ongoing support for cricket. Their contributions towards this project have ensured we have been able to begin to bring our vision to fruition and place Ireland amongst the best in world cricket.”

“With regards to the design and delivery of Stage One, we would like to recognise our project partners Clive Richardson Limited (CRL) and Ciarán Mac Mathúna Architects. In addition, Alan Lewis for his turf management consulting advice, official artificial turf suppliers Notts Sport and official net suppliers Tildenet, and GM By Choice for their ongoing maintenance of this valuable asset. It’s truly a project that will benefit this and future generations of cricketers across Ireland.”

“While the artificial wickets have been in use since opening, it has taken a labour of love to develop the adjacent turf wickets and 3,000m2 grass fielding practice area. The turf component will be a great enhancement to the facility, and will be ready for first use towards the second half of this season, once activity can resume.”