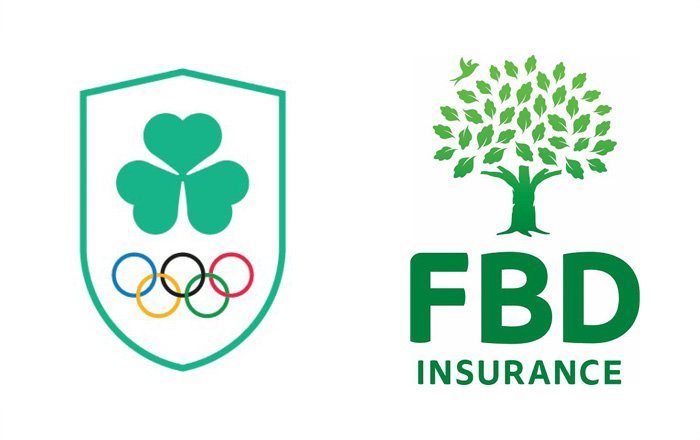 €50,000 Grant for Irish athletes on their Olympic journey

TUESDAY, DECEMBER 15TH: The Olympic Federation of Ireland, in conjunction with official sponsor FBD Insurance, has launched an exciting ‘Make a Difference’ programme to assist Olympic hopefuls in their preparation for the Olympic Games. The grant of €50,000 being provided by FBD Insurance delivers further discretionary support to our elite athletes, which since 2018 totals €580,000.

Long list athletes, in collaboration with their National Federation are invited to apply for a share of the FBD Make a Difference fund. The fund is specifically aimed at prospective members of Team Ireland who are likely to compete in the Olympic Games, the grants are designed to provide financial assistance and to make a difference to athletes on their Olympic journey.  It is aimed at those athletes who are not recipients of Sport Ireland Podium or World Class funding on the carding programme. It also provides opportunities of investment in athletes who directly impact on Olympic performance at the Games, for example sparring or training partners.

FBD Insurance is the primary sponsor of Team Ireland, supporting Team Ireland athletes on their Olympic journey. This funding aims to impact the athletes’ daily performance environment, providing additional supports such as travel to training and competition, coaching costs, or sports science and medical support.

“We are delighted to offer this additional support to Team Ireland athletes through the Make A Difference fund. As proud sponsors of the Irish Olympic Team, we are continually impressed with the resilience, commitment, and passion of the Olympic hopefuls as they inspire the nation and boldly overcome hurdles and challenges in their pursuit of excellence. Next year we will be proudly cheering them on as they compete on the biggest stage, at the Olympic Games, and FBD Insurance are proud to support Team Ireland on that journey. Our hope is that this additional funding will hopefully go some way towards further supporting the successful recipients, making their journey a little less challenging.”

“FBD Insurance have been unwavering in their support of Team Ireland and we are really excited to launch this Make a Difference campaign, because it will most certainly make a difference to our athletes. Team Ireland athletes compete against the best in the world and represent us so well. As amateur athletes, the financial commitments that they make for sporting excellence is immense. This programme will go towards some of the daily expenses that our athletes accrue on their qualification and preparation journey for the Olympic Games, and I want to thank FBD Insurance for this important support.”

Eligible athletes for the ‘Make a Difference’ programme have been contacted directly by the Olympic Federation of Ireland.