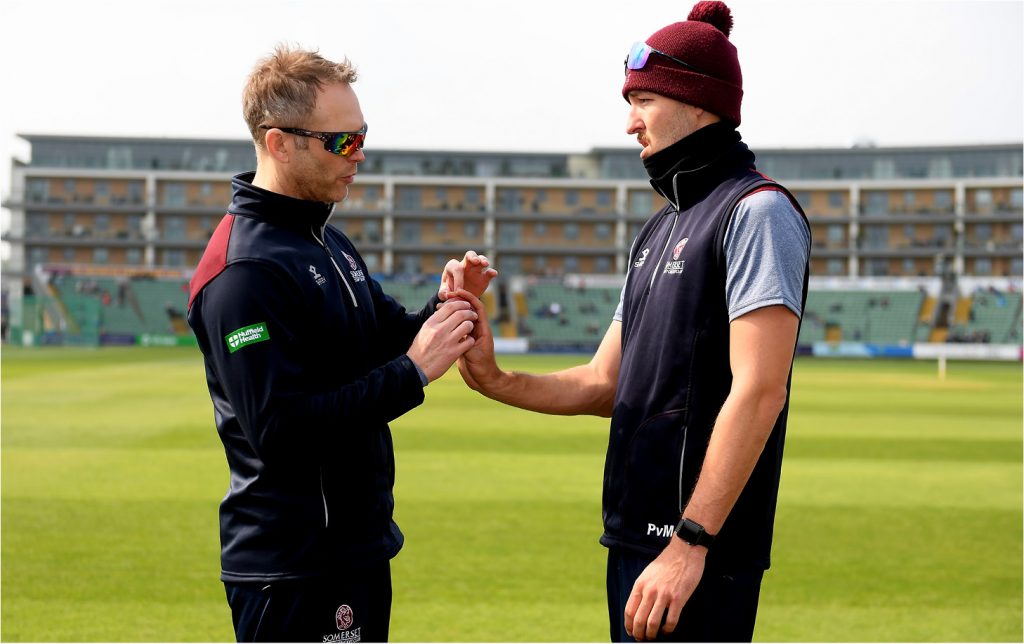 DUBLIN – The all-clear has been given for training to resume for Ireland’s elite men’s and women’s squads after a COVID test arranged on Monday returned a negative result. For the first time in Ireland, as part of that training, Stuart Barnes – the new Assistant Coach and National Bowling Lead for Ireland Men – will be on duty and is very much looking forward to the challenge ahead.

Stuart Barnes was announced last month as the new Men’s Assistant Head Coach & National Bowling Lead, he was speaking from self-isolation in Dublin after his move from the UK to take up the role.

Stuart, can tell us why you got into coaching and your approach to the discipline?

“My own professional playing career was enjoyable but what I consider a relatively short one, and I sat back afterwards and was trying to work out why it worked out that way and came to a couple of conclusions. The first was that to question whether I was as good a player as I thought I was at the time – I mean, I had kept hearing from others that I was really talented. So this led me to ask myself, did I have the work ethic to go with the talent I had – and ultimately I came to the conclusion at that time that, no, didn’t have the work ethic at that time.”

“I wanted to stay in cricket, and I wanted to coach – I had really maintained an interest in all facets of bowling – especially fast bowling. So I decided that I was, through coaching, going to help people not make the same mistake that I did. And it just grew from there really.”

“I worked alongside John Bracewell at Gloucestershire for a good number of years, and he really inspired me to create an ambition for myself. And that ambition was to coach at international level, and well here I am, but it took 15 years.”

“I’ve been fortunate to work alongside what some really good coaches – all of which I noticed had a really close connection to their players. To mind, coaching is all about building relationships and gaining trust with players. The best coaches I came across seemed to be those that had a style that I could relate to myself, and through early experiences, I guess I modelled myself on those coaches who went about their business quietly, were very knowledgeable, they challenged themselves and kept growing, but ultimately developed really good relationships with their players.”

Do you have a coaching philosophy?

“I believe philosophies evolve. As a coach, I believe that I am asking a player to get better, so therefore they are only going to get better if they become a slightly different player – otherwise you’re just going to get the same all the time. And I believe the same applies to me and my own coaching life. I guess the basis of my philosophy is all about getting to know players, observing and then ultimately through a good and trusting relationship then help the player to get better – if that player wants to be helped. And the push them over the line with as much belief and confidence as possible.”

“As a coach you’re often looking for young players with a good mindset – at the start I ask myself: ‘are they listening? Are they interested in what is being said or what they are seeing? Are they really into the game?’. Or are they not switched on. For young players who are serious about cricket, to my mind it’s about getting out there and playing the game, enjoying it and understanding that you are going to fail – but failure is just about the process of getting better.”

You coached Bangladesh A for a time – what was behind that move?

“At point in my career at Gloucestershire, I was assistant bowling coach to John Bracewell and came to realise that to progress, I needed a point of difference – I was trying to think about what I could learn that will put me ahead potentially of other coaches – because at the time there were some bloody good coaches out there. So I decided that the Bangladesh A offer would be a great opportunity for two reasons – firstly, to learn how to bowl seam and reverse swing in those conditions – because at that time there weren’t many teams that went to that part of the world with seamers who did well, it was traditionally the spinners.”

“Secondly, I was really interested in how do you coach players who don’t speak English – how to overcome that challenge, and I really enjoyed it. I worked with an interpreter, but what it did was it really stripped away what I was trying to say into its simplest form, in order for somebody else to translate what I was saying. From that point of view it was brilliant for me.”

This isn’t your first experience with the Irish squad, how much did you know about the players before joining the support staff for the recent ODI series against England?

“I had come across a few of the players beforehand – Paul Stirling at Middlesex, I worked with Gary Wilson at Surrey when I was there, Kevin O’Brien a couple of times, and came up against Boyd Rankin when we played Warwickshire. I did do a bit of research before heading to Southampton, but made a conscious effort in those first few days in the biobubble to really spend some time getting to know some of the players I hadn’t come across before.”

“The overriding thing that I knew was that it was a bloody talented squad, and if I were able to come in and add some value then that would be great. It was a great experience in the bubble, watching the way England trained was interesting, but more than anything, learning how we trained and went about our business – after seeing that, I wasn’t surprised at all that we won a game.”

In this role you’ll also work with the Ireland Women’s squad – have you coached in women’s cricket before?

“I did a little bit of work with the England Women’s team a few years ago up at Loughborough, so I’m really interested to hook up with Ed and the team when I can. I am interested in really analysing whether there are any key differences to coaching women bowlers physically than their male counterparts. And I am a massive optimist – I’d love to have a part to play in developing an 80 mile an hour female Irish bowler!”

The international fixtures will be played at the Zayed Cricket Stadium and are:

Matches will be livestreamed, with further details made available closer to the match days.

The recently announced squad is:

This will be Ireland Men’s first international action since their dramatic run-chase victory over World Champions England back in early August. The Irish squad will be required to travel and remain within a COVID-19 bio bubble for the duration of their tour, with regular testing and strict protocols to abide by for the month.

Additionally, several players and support staff who are not on the tour will remain at home under COVID-19 safe conditions in case a substitute needs to be flown out to Abu Dhabi during the month.

The matches against Afghanistan will be part of the World Cup Super League.