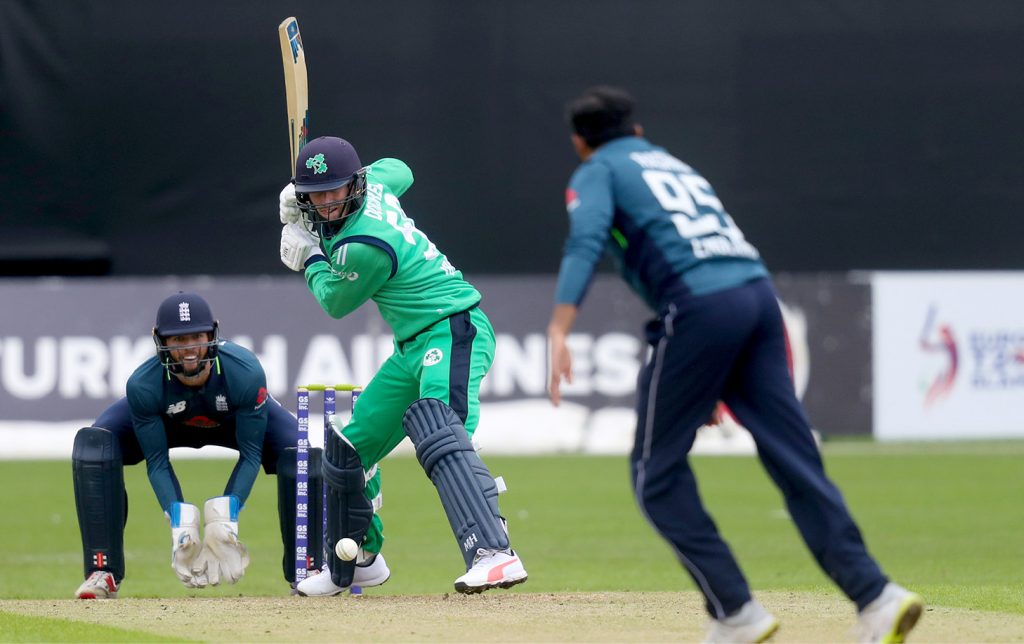 DUBLIN – Cricket Ireland today named a 21-man expanded squad that will travel to Southampton for a training camp ahead of the three-match men’s World Cup Super League One Day International series against England starting later this month.

To comply with COVID-19 protocols and public health directives, the squad will depart Dublin on a special charter flight to Southampton, before being transported in bio-secure buses to a hotel within the grounds of the Ageas Bowl where they will stay until their departure on 5 August.

The opportunity to select an expanded travelling squad, combined with the lack of cricket activity over the last four months, has meant Selectors have chosen a playing group that serves two purposes – to identify players who will likely feature in the matches, and to identify players who are best placed to provide an all-round preparation programme for the batters based on the English opposition they will likely face.

Following the training sessions and two warm-up matches as part of the tour schedule, Selectors will then name a final 14-man squad for the series. The remaining seven players will stay on as cover, given the protocols around the bio-secure venue and playing conditions.

“The Selectors were delighted to have been able to meet once more to select a squad for international action. We have lost so much cricket this year, so to have a series – let alone such a major series as this – to look forward to is a great relief for all.”

“This lack of on-field action since March – and the short lead-in programme to the ODI series – influenced our thinking on the broader squad, however, the unique circumstances of the situation has allowed us to involve more players than we would normally bring on such a tour.”

“The squad selected covers all eventualities – we have picked players that are in obvious contention to play, but also players that will help our batters prepare for the type of opposition we’ll be facing.”

“We also felt that the form shown by several players in the Caribbean in January, Wolves tour in February and the Afghan series in March really bolstered their case for selection.”

“We’re delighted that our top wicket-taker in 2019, Mark Adair, returns after recovering from ankle surgery, and feel we have the right squad balance for these important fixtures – keeping in mind that they are World Cup qualifiers.”

“While a number of players like Stuart Thompson and Shane Getkate are unfortunate to not to be travelling, the experience that will be gained on this trip by a number of the younger players will be invaluable in their development. Additionally, David Delany was not considered for selection this time. As a result of his previous surgery, and the subsequent extended lockdown period, we were not fully confident that he has had the time to complete the necessary amount of preparation in order to safely play in these matches.”

“We would like to thank the England & Wales Cricket Board for their immense work and support at getting the bio-secure ground, facilities, accommodation and transport in place.”

Matches played as part of the inaugural ICC Cricket World Cup Super League (2020-2022) are essentially World Cup Qualifier matches, as the League will serve as part of the 2023 Cricket World Cup Qualification process. It will feature thirteen teams, the twelve Full members of the International Cricket Council (ICC), and the Netherlands (who won the 2015–17 ICC World Cricket League Championship to qualify for this competition).