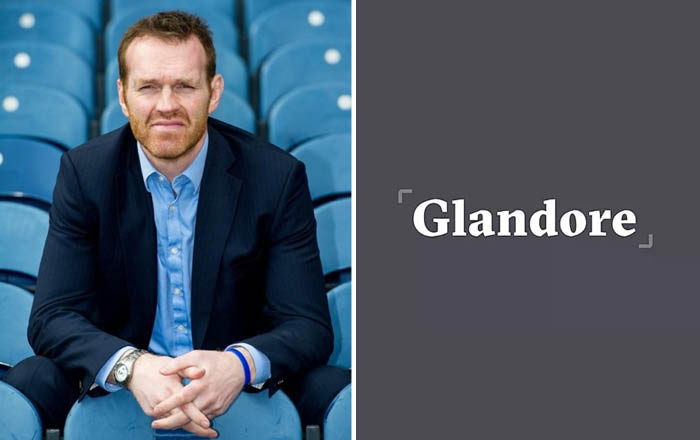 June 12th 2020: Ulster Rugby CEO Jonny Petrie has revealed that the affect of COVID-19 forced him to abandon some of the club’s long-term plans and refocus on making the club survive through a challenging period for sporting clubs across the world.

Speaking on June 11th at the latest business webinar hosted by serviced, flexible office space experts Glandore, entitled, ‘The Challenges of Running a Sporting Business Through COVID 19’, the former professional rugby player-turned-CEO had some frank insights explaining how the club has had to adapt in a difficult environment for both players and those involved in the commercial side of business.

He said: “In the run up to COVID-19, we had the club’s business plan and growth strategy really clearly planned out, we were performing well and had reached the Heineken Cup quarter-final.

So we had all this momentum being generated, and this forward- thinking outlook, which in a way was pulled out from under our feet in a matter of days, and we had to change our goals and our focus to how are we going to survive this, but I think that’s something that a lot of businesses will have experienced during this period.”

Mr Petrie spoke of juggling his role as CEO between three aspects of the club – the club’s high -performance athlete unit, corporate and commercial responsibilities, and Ulster Rugby’s role as a governing body for domestic and amateur clubs within the province.

He told Glandore’s NI Business Development Manager Nial Borthistle that he felt there was “a balance to strike” between the clubs commercial and moral obligations, adding that the club had been hit hard with two of their biggest sources of revenue effectively ruled out because of the current environment.

“The very nature of a sporting business is that revenue is directly generated from match sales and ticket sales. We have rugby and non-rugby related revenues, with rugby, it is tickets, sponsorships, season ticket sales and then our non-rugby revenues would be mostly events and conferences held within the stadium.

“When two of your main streams of income are effectively gone like that it means you have to look at expenditure and that has been difficult. We are a not for profit company but still have commercial responsibilities so striking that balance has been a challenge,” he said.

“How you act now is a measure of how you will be viewed in the future by people so how we deal with people now is a big part of what we do, so we are hoping to emerge from this  being viewed in a positive light and can focus on recovery,  growth and moving forward,” he added.

Mr Petrie revealed that Ulster Rugby’s gym had been virtually emptied out with players borrowing equipment to continue their training at home when the initial lockdown announcement was made but acknowledged it has been a difficult transition period.

“For our high performance athletes, structure is everything and they’re so used to having everything planned out to a tee all the time week to week, when that’s gone, it’s difficult, you have to find a way of keeping them together, motivated and connected.”

He paid tribute to Ulster Head Coach Dan McFarland for doing an “incredible job” of looking after over 40 of the club’s athletes, and said while it was important for all players and staff at the club to use the time away from the pitch to freshen up – it was also important to keep on top of it.

“When we do come back – we want to come back and be able to make an impact quickly, across all aspects of the club, so everyone needs to be able to do that,” he concluded.

Mr Petrie was the latest in a list of high-profile speakers for Glandore’s hugely successful business webinar series. The virtual events hope to provide support and advice for their members and across the wider business community.

The next webinar in the series will be announced via Glandore’s social media page – and the company have also revealed that they will host a “Hear from Her” event which will focus on solely female entrepreneurs in the coming months.

*The Team at Glandore are taking any and every step required to keep their staff, member businesses and employees safe. They are still very much open for business and to assisting all members and business partners as best they can over the coming months. Should you wish to speak to a member of the team or make an enquiry regarding office space please email the Sales Team at info@glandore.ie. They are continuing to monitor the situation and correspondence from the HSE and keep all of their buildings safe for the businesses they house.