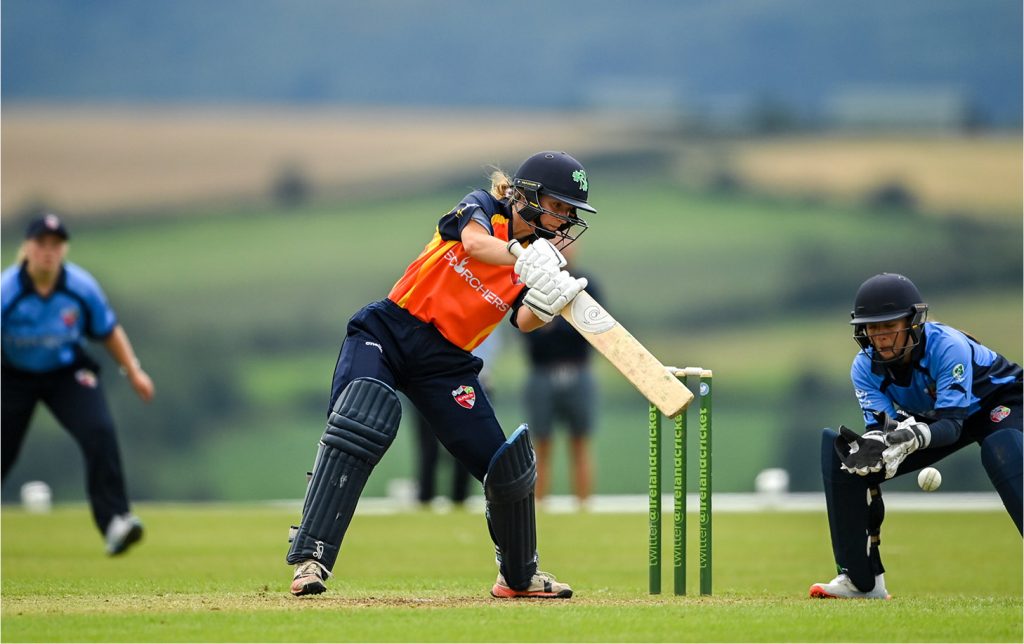 21-year old Leah Paul finished the highest run-scorer in the Super 50 Series this year, scoring 295 runs at an average of 49.17, with two half-centuries. She formed half of a formidable opening partnership with the Series’ second highest run-scorer Gaby Lewis, and with her left-arm spin she makes a promising all-round option for Head Coach Ed Joyce.

A number of young talented cricketers earn first time call-ups, including hard-hitting wicketkeeper-batter Amy Hunter – born and raised in Belfast, 15-year old Hunter has been part of the Shapoorji Pallonji Cricket Ireland Academy and has caught the eye of selectors from an early age, but began to display her talent on the larger stage of the Super Series this year hitting 104 runs at an average of 26, with a maiden half-century for the eventual Series winners, the Typhoons.

The contracts have been offered to:

“While it was highly unfortunate that the senior women’s squad saw their international home season and the 50-over World Cup Qualifier lost in 2020, we were very pleased to see a full eight-match Super 50 Series played out in such a competitive and high standard manner. The two teams fought out a great series, and that it came down to a tense decider in the last match was also a plus – such intense, tightly-contested cricket will only do the players well as we look towards an important few years ahead for the national side.”

“2020 was a breakthrough year for a few players, particularly some of the newer names that have appeared on the national selectors radar – Georgina Dempsey and Jane Maguire would have been unfamiliar names to many at the start of the season, but their huge potential has been rewarded and I wish them well as they come in to the senior performance squad. Amy Hunter has been a prospect for a number of years now, and you could see her performances with the bat as well as with the gloves that she is starting to come into her own.”

“But while this year we missed seeing the likes of Mary Waldron, Lara Maritz and Una Raymond-Hoey in the Super Series, owing to the trio being in Australia, the Selectors have settled on a senior performance squad that blends experience with youth, but is an ambitious group that we expect will be highly competitive when we return to the international stage.”

“We’re pleased that we have been able to further increase our contracts in the women’s game, despite the challenges that 2020 has brought us all.”

“2021 will be a crucial year for Irish women’s cricket – with a 50-over World Cup Qualifier in the offing and the ICC Women’s Championship approaching, it is critical that we prepare the squad for the battles ahead and give them the best chance to succeed.”

“We know that it has been a while since the squad has seen international action, but if the recent Super 50 Series has shown anything, it was that there is plenty of talent and ambition amongst the players. That they could emerge from such a lengthy lockdown and put on such a high quality series of fixtures – it makes us very optimistic for the future, and if things go well then we are hoping that the squad will see some international action sooner rather than later.”

The Women’s Academy squad will be announced in early December.

Background to the player contracts

Retainer contracts: Cricket Ireland introduced its first part-time professional contracts for women in 2019, and six contracts were offered again in 2020. A seventh has now been added for 2021.