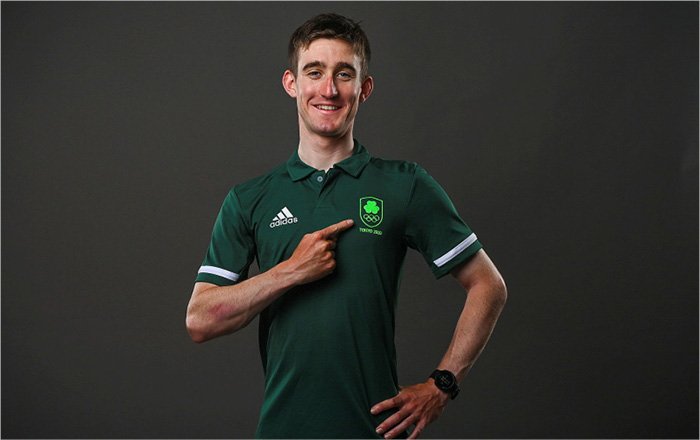 Team Ireland has officially selected the road cycling team who will compete in the Olympic Games in Tokyo this summer. The three riders, Dan Martin, Nicolas Roche and Eddie Dunbar will compete in the Road Race, with Roche also competing in the Time Trial. The Olympic Road Race takes place at the Fuji International Speedway on Saturday 24 July, and the Time Trial takes place the following Wednesday, 28 July, starting at the same venue.

Roche is entering his fourth Games, he made his Olympic debut in Beijing 2008. He is also one of several athletes in this year’s team whose father, Stephen Roche also competed for Team Ireland in the Olympic Games. His cousin Dan Martin will be racing in his third Games while Dunbar will be tackling his first. The 244km course is a mountainous one that takes in the lower slopes of Mount Fuji, climbing a total of 4,865m, which could suit climber Martin. Nicolas Roche will also compete in the Time Trial, which is 44.2km long, two laps of the 22.1km course.

Qualification for the Olympic Games in Road Cycling is based on National Rankings with UCI, and on the back of phenomenal results from Irish riders in the professional circuit, in particular Sam Bennett, Ireland secured three spots in the Games in Tokyo, as well as a Time Trial spot. Unfortunately, the parcours for this Olympic Road Race were too hilly for Ireland’s sprint specialist.

“It’s a real honour for me to be competing in Tokyo, it’s something that I have dreamed about. In Banteer, where I’m from, there’s a strong Olympic heritage. Ireland’s first gold medallist, Pat O’Callaghan, was from near where I live. This makes competing all the more special.”

“Congratulations to all riders, for each one of them this is a wonderful achievement.  For their sport they are also part of the biggest Cycling team to represent Ireland in an Olympic Games. The course in Shizuoka will be challenging but I’m confident our team will take it on in a way that befits the spirit of Team Ireland. I wish Dan, Eddie and Nicholas all the best in their final preparations and look forward to supporting them at the Games.”

“We have one of our strongest teams ever assembled with a real opportunity to perform on terrain that we know suits our team. Nicholas, Dan and Eddie have all produced fantastic results this season, showing we can compete with the best in the World.”

Team Ireland now consists of 59 officially selected athletes, with over 100 athletes spots confirmed across nineteen sports SEE HERE. The final team announcement is scheduled for the beginning of July. The Olympic Games in Tokyo will run from the 23rd July to 8th August 2021.