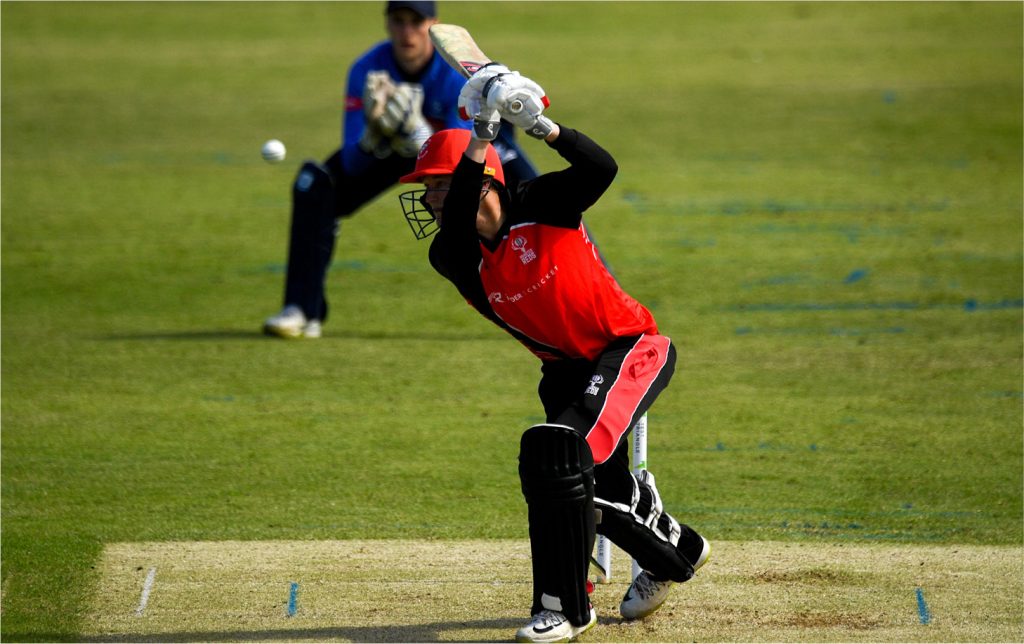 DUBLIN – The first match of the much-anticipated Test Triangle Inter-Provincial Series is set to begin on 20 August, and provincial selectors have finalised their 13-player core squads ahead of what promises to be exciting T20 and 50-over competitions pitting best v best in the Irish men’s game.

The season will also see the introduction of a new match centre and livestreaming service that will feature:

Several ‘feature’ matches will also be selected that will have an enhanced livestream service – these games will include multiple camera coverage and commentary.

“We are delighted to have some inter-pro cricket this year – with the COVID-19 situation, everyone was worried that we may have lost the whole season. The players are all delighted that we will get some inter-provincial cricket, it’s cricket at the highest level domestically in Ireland and we’re pleased that Cricket Ireland and the provincial unions have enabled us to get back to playing some competitive cricket and showcasing their skills.”

“The squad is shaping up well, obviously with now the addition of Curtis Campher who had a fantastic number of games over in England, which makes it really exciting having him added to that squad as it really raises that competition within the squad for places. There are quite a number of our guys who did really well over in England during the ODI series and who have done well for us in the past, and that’s the most exciting thing about this squad, that every single player who takes the field has the potential to win games on their own merit.”

“We’ve had some great success over the last number of years, and our goal is to keep standards high and keep aiming to win trophies – to win every competition, every time. I think we have incredible strength with the ball – a strong seam attack, complemented by good spin options. Batting-wise we bat quite deep, with players batting 7, 8, 9 able to take on roles higher up in the order if called upon. To have a number of explosive batters and bowlers to call upon is important, and that was shown last year particularly when we were able to chase down some big totals, and hopefully we can do that same this year.”

“I think it was fantastic to have so many of the Lightning squad over in England recently, to train in those facilities and play the two warm-up games and three ODIs was a great benefit. And to be complemented by a number of other guys who were back here training hard in Dublin with the coaches after coming out of lockdown, there is a feeling that many players are rejuvenated and many have a fresh mindset on things. For me, it’s just about getting out there and playing some good, competitive cricket starting with the T20s – it’s a fantastic format to express yourself and try and be positive with bat and ball, as well as in the field. The next few weeks will be about enjoying playing as much as we can, celebrating each other’s success and winning as many games as possible.”

“We’re delighted to see representative cricket get underway this season – there was huge concern back in March and April that we wouldn’t potentially get anything in. But to get back to playing club cricket the last few weeks to build up towards the Inter-Pros is really exciting and the squad are really looking forward to getting out there.”

“The Munster squad is shaping up well – Pebbles [Neil Rock] and Matthew Foster have come down this year from the Northern Knights, which are great additions, and Jeremy Lawlor has come over from Glamorgan – I played a little bit with Jeremy over in Glamorgan, and he will bring some strength to the batting in this Munster team.”

“It’ll be brilliant to have two games at The Mardyke this season, it’s a magnificent ground and they are great hosts, so it’s fantastic that Inter-Pro cricket is returning to Cork and hopefully the team can put on a show for the fans.”

“We had a decent campaign last year without perhaps the results going our way, we’ve really progressed as a squad and over the years have become more-and-more consistent. We obviously had that last-ball heart ache last year against Leinster but at least we can take away confidence from matches like that, knowing that we can compete with the best teams in the competition.”

“Obviously it’s great that the inter-pros series is going ahead after all that has happened over the last five months – while it’s not a full season, to have some cricket at all is great. While I’ve personally been in Hampshire the last few weeks, I know the lads have had several training sessions together, and from looking at scores from club matches it seems the lads are all in good form and seem to be playing well, despite the lack of cricket so far this season.”

“Last year was a very stop-start season with the weather, and as a squad we found it hard to get any sort of momentum going. But there’s plenty of experience in our squad, and a number of full international caps, so we have a good balance of youth and experience for the 2020 campaign.”

“Having cricket back in any shape – inter-pro, club or international cricket – is so important for the sport in Ireland, to keep it visible and growing. The Knights are really looking forward to building on the foundations that have been put into place over a number of years – we started to see the fruits of that last year with some good results, but it’s been a long process for Jonty [Simon Johnston] and the guys. The fact that we’ve been able to train in good facilities has made a massive difference, and the competitive nature of the training adds to it as well. We’ve also seen some of the guys, like Adair and McCollum, putting their hands up and making in-roads on the international stage, so it’s really coming to fruition now.”

“The squad are fit and ready to go, there will be some selection headaches, but as a captain and a coach that’s what you want – competition for places is always good and will hopefully lead to some more good results.”

“While it’s a new season and past results are in the past, I think one thing the guys can take confidence from is beating Leinster Lightning last year – that was sort of getting a monkey off the guys back, as it hadn’t happened for a while in T20 cricket. Even our performances against them in the longer formats of the game gave us a boost – but I’ve always said that if we play our best cricket then we are a force to be reckoned with.”